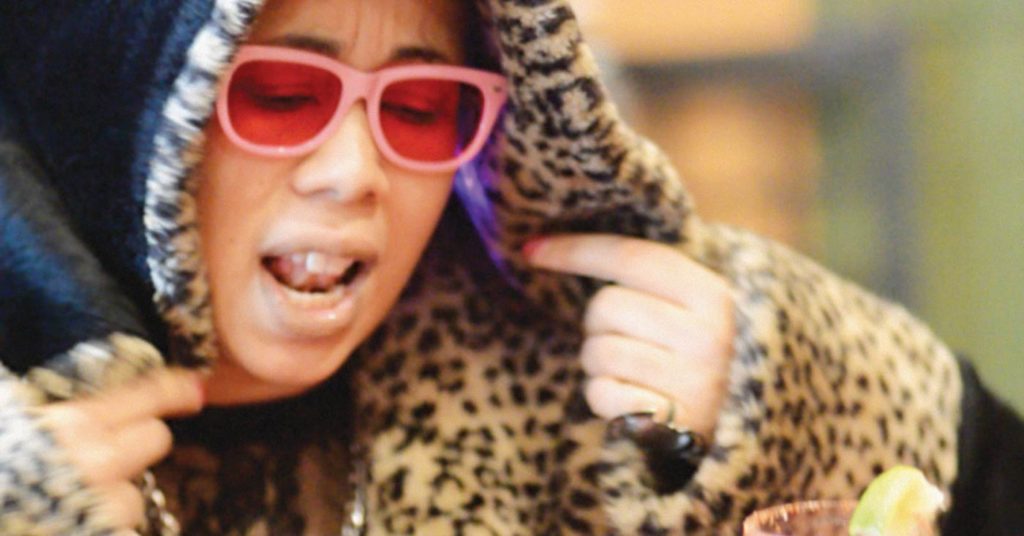 Emcee Sultra Mathematiks isn’t here for the same old clichés. She has things — very different things — she wants to say and she knows precisely how she’s going to say them. With “Tunnel Vision,” she reveals those specifics.

“I wanted to talk about my goals in life in a fun and creative way and that feeling of being able to manifest whatever you want into this reality,” she said. “I wanted to [show] different aspects of who ‘Mimosa Mami’ is, which is an alter ego of mine that I use on this record. I wanted to explore ‘who am I, who is this person?’ And I also wanted to look at my growth as an artist and as a person and as a spiritual being.”

Mathematiks is concerned with the clarity of her message, and, as a result, “Tunnel Vision” is sonically sparse and lyrically profuse. Still, there’s a mysterious patina to the music. It intros in with a haunting, ‘80s horror movie soundtrack vibe before the rest of the twitchy, mid-tempo beat stalks in and out. But Mathematiks also leaves plenty of space to spit her message — almost acapella at times — unimpeded by anything but the raw flow of her voice.

“Most of the beats on the album were from my son actually and this is one of his beats,” Mathematiks said. “We sat down one evening and actually took a whole night and wrote. And this beat came up. There was something about the beat that felt like I needed to channel a little bit of Cardi B, her humor and her confidence in what she’s saying. So I wanted to put that flavor with my spin on it. I was focused on what I wanted to do and that I had, well, tunnel vision. It just fit.”

Mathematiks makes it known that one of her main objectives is to empower women, and “Tunnel Vision” certainly speaks to this. Yet the song’s essence is, ultimately, universal in nature. Everyone should be empowered, she says, and our ideas can be as big as the universe. We have only to focus on them. Apparently, all we need is a little tunnel vision.

“This song is about empowering yourself and going for the things that you desire and make you happy and that make you get up every day and breathe,” she said. “Your ideas can be as big as the universe and the bigger ideas are the ones you should focus on because you never know what you can manifest. It all starts with just a thought.” •