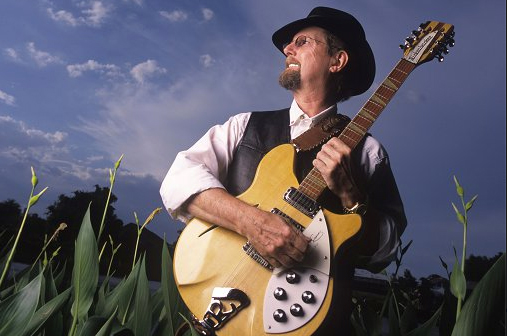 In 1968, The Byrds shifted their sound from psychedelic and folk to what, at the time, was considered country. The resulting album, Sweetheart of the Rodeo, fell mostly on deaf ears, but over the years it has come to be considered one of the first Americana LPs. Roger McGuinn and Chris Hillman, backed by Marty Stuart and His Fabulous Superlatives, will bring the album to life this Monday, Oct. 1 at The Brown Theatre. We caught up with McGuinn to find out what made that record so special.

LEO: This album wasn’t the biggest success right out of the gate. When did you start to notice that it was finally finding its crowd and becoming what it is now?
Roger McGuinn: We were watching the Rolling Stone 500 Best Albums of All Time chart, and over the years there about three or four Birds albums in that group, and for some reason Sweetheart of the Rodeo rose to the top of that. I think it got up into the 117 at one point. So, that was the reason we decided to celebrate that album, as opposed to any of the other Byrds albums. It was something so different. People didn’t get it at first. Then it was inspirational to a number of people. They went that direction after hearing it.

What blows my mind is that it’s only four months that separate the end of the recording for the Notorious Byrd Brothers and the beginning of Sweetheart, but it’s an absolute sea change. How did that happen?
We just took a hard turn, and we fell in love with the music. That’s what happened. We’d always dabbled in it, and in the show we’re gonna show you how we played country stuff before we went to Nashville and recorded the Sweetheart album. We were into country music before Gram [Parsons] came on. Gram was a spark plug. Gram was so in love with country music — it was infectious and we decided to go to Nashville after meeting him.

Maybe it was the right time for you , too, because I know the band was sort of in flux with members in, members out. Did that leave the opportunity to recalibrate everything on a dime like that?
Yes, it did. Chris and I were the only surviving Byrds, and we needed somebody to fill in on the rhythm section. So we got Gram. I asked him if he could play some McCoy Tyner-style piano, and he sat down and played some Floyd Cramer-style piano, and it sounded really good, and we thought, ‘Wow this guy’s got talent. We can work with him.’ I didn’t know he’s gonna turn into George Jones in a sequin suit, but that’s not a bad thing.

There’s been some talk on some of the songs on the record like ‘The Christian Life,’ how it was deemed uncool for rockers to be singing about that. Did you ever find it hypocritical that everybody was sort of into religion… it was just different religions? I mean, everybody was into what was happening in the East. This just happened to be something that had been around in America for a long time.
I think a lot of people in the ‘60s, threw out the baby with the bathwater, and we just started going from scratch trying to find what was really true in the universe. I even dabbled in Eastern religions and so did my wife. And we both came to Jesus in the ‘70s. So you know, we’ve been there ever since. I didn’t really know what I was singing about on ‘The Christian Life’ when I sang it on the record, but I do now.

You’ve covered a lot of Dylan songs over your career. I think he owes you one at this point.
Well, Bob doesn’t usually do other people’s stuff. For the most part, he’s written 5,000 songs. He doesn’t need anybody else’s material. You know, we’ve had a friendly relationship all these years. He’s kind of like my older brother.

I spoke with Chris Hillman recently, and he made a comment about Tom Petty, that Tom was probably the only person who could’ve got the Byrds back together.
The problem with getting the Byrds back together is just really … I don’t wanna do that. I think this is something different. This is a celebration of one of our albums. And it’s not really a Byrds reunion. This is really a lot of fun with Marty and Chris. I’ve had all the big league names in the record business trying to call me, tell me to get the Byrds back together, and I just don’t think it’s … it’s just going out for the money to try to recreate something that was 50, 60 years ago. This is more a labor of love.