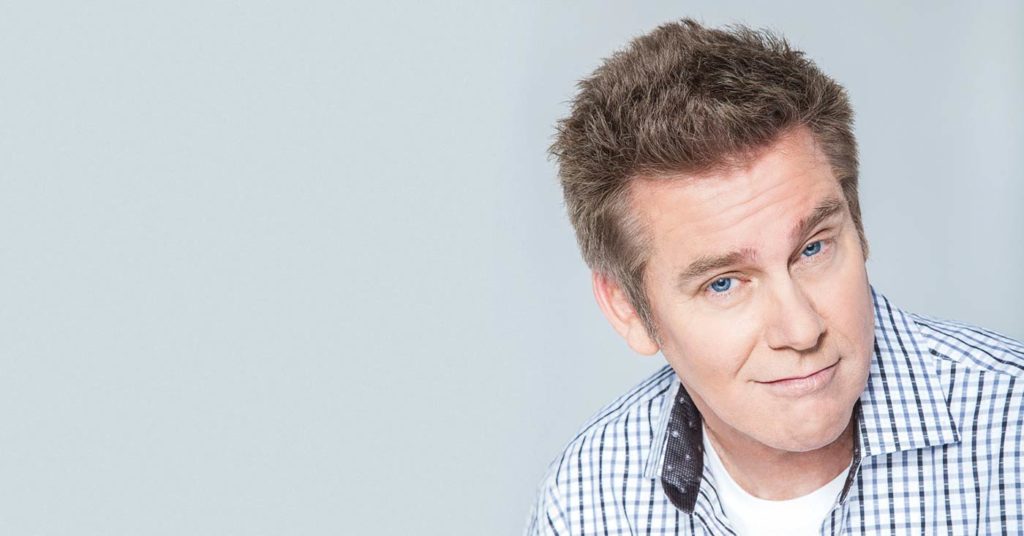 Comedian Brian Regan recently turned 60, and he is happy about it. “I appreciate the fact that I don’t look 60, I’ll take that as a compliment, but I’ve been on this world a long time. I had a pet dinosaur when I was a kid. It’s better to turn 60 than not turn 60, right?” Regan has had seven albums and TV specials, and this Christmas Netflix will release his four-episode series “Stand-up and Away with Brian Regan.” He is one of the few comics who has been featured twice on Jerry Seinfeld’s “Comedians in Cars Getting Coffee.” This week, he performs at The Brown Theatre.

LEO: You’re no stranger to Louisville. What stands out in your mind when it comes to being here?
Brian Regan: I wish I could say I had some humorous little story for you that surrounds Louisville, but I don’t. Last time I was there, the hotel I stayed in put me in the Muhammad Ali suite. It was filled with all of these pictures and memorabilia. It felt really inspiring to be there. He was one of the few celebrities I saw who had me in awe. I was in New York, came out of my hotel and Muhammad Ali was just standing on the street signing autographs. I just leaned against the wall and watched, enjoying his aura and his presence. This is a guy who, at one point, was the most famous person in the world, and he was just there being nice to people. He could have just as easily walked on by. He was already sick at that point. No one would have blamed him. That just wasn’t who he was. He just felt like a good man. It was entertaining to just watch goodness.

Your comedy can be sarcastic. Would you consider yourself sarcastic off stage?
I can be sarcastic, I can be cynical. I can also be lighthearted and playful. I feel like I’m doing one of those dating apps, trying to impress a woman out there. I also like walks on the beach and candlelit dinners.

You’re one of the few comics to appear twice on Jerry Seinfeld’s ‘Comedians in Cars Getting Coffee.’ What’s your relationship with him like?
I’ve known Seinfeld from years ago. Back when I was breaking into the clubs in New York, he and I got to know each other. We had a comedy friendship, in that we didn’t hang out with each other all of the time. We didn’t go to the park and fly kites together. We weren’t best friends or anything. I mean, I was always on the road, and I think he was already doing the show. But when our paths did cross, it was always a great time.

Are comedian conversations that different than civilian conversations?
Yes. Comedians know how to get to the point. Comedians know how important brevity is. I’ve talked to comedians about how hard it is to be in a normal social situation, listening to someone tell a story. And the whole time they’re telling the story you’re thinking, ‘This could be so much tighter.’ You’re going, ‘Edit! Edit! Edit!’

At this point, is there one thing you would tell your younger self?
Good question. I want my current self to go back and compliment my younger self. Because when I was young, I was hearing people say in interviews, or whatever, if they had it all to do over again they’d go after this quest or that goal. And I remember thinking, ‘I don’t ever want to say that to myself.’ So I went for it, whether I fell on my face or not, I just did it. So, I would go back in time and tell my younger self, because not enough people were telling me this, ‘Hey man, good job. The older you is proud of you.’ •