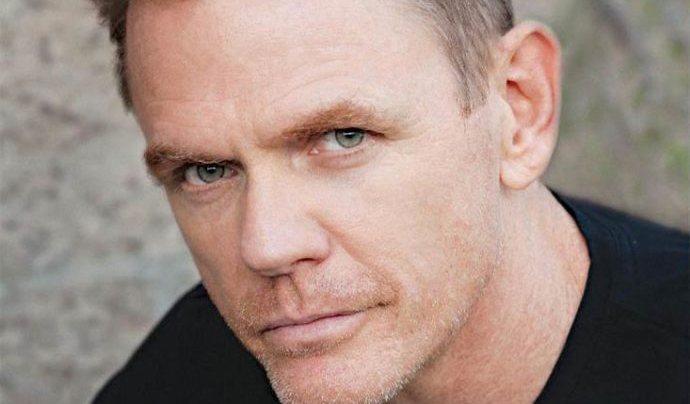 Christopher Titus stunned the comedy community when he released his debut album “Norman Rockwell is Bleeding” in 2004. His candor was gut-wrenching and hilarious as he told tales of his abusive father who was once shot by his grandmother, his schizophrenic, drug-addicted mother who eventually committed suicide and how his sister inherited the family curse of addiction and mental illness, ultimately taking her own life, as well. That unflinching honesty has carried through seven, 90-minute specials. He is on tour, his project to unify America with his latest show “Amerigeddon.”

LEO: What inspired you to write ‘Amerigeddon?’
Christopher Titus: I started out writing an anti-Trump show, which didn’t really feel right, because it was too easy. How do you screw up on the job that much? But I knew I was preaching to the choir, and that’s not what I want to do. I’m an independent — I walk the middle line. I can even prove that we’re all the same. We have all had someone come up to us and say, ‘Hey, did you see what Trump said today?’ You go, ‘Now what?’ They tell you, and you’re like, ‘There’s no way. That didn’t happen.’ Then you turn on the TV that night, you see it, and it’s like, ‘Goddammit!’ That’s happened to all of us. Whether you’re a liberal or a conservative, we’ve all shared in that experience in some way. That’s when I realized the show isn’t about attacking people’s political choice — it’s about America being manipulated. When I got that, I decided to focus on the ‘we’ aspect of it all.

Will it be through Netflix, as a lot of comics have been doing recently?
I don’t know. I decided a long time ago I want to make these myself and own them. Netflix, now being the big kid on the block, wants to own it. I think it’s weird they want to make all of the money off of my art. So, I guess I’m kind of a rebel and an asshole in that way. Hopefully, we’ll get it out before [Special Counsel Robert S.] Mueller indicts him. I can live with that, by the way. If ‘Rebel asshole’ is my epitaph, I’m fine with it.

We’re coming up on midterm elections. With your show focusing on the collective American ‘we,’ are we more united or divided at this point?
Well, everyone has an opinion on somebody who doesn’t agree with them politically. Every conservative is a ‘sister-dating redneck.’ And every liberal is ‘eating kale salad out of the butthole of his boyfriend.’ That’s what people think about each other, without knowing each other. I mock that a lot. Look, I went on this golfing trip with my buddy. There were these three other guys on the trip with us who were all super-hardcore conservatives. And you know what? I got along with all of them. And I think we’ve forgotten that as a country, there is only one side — and the side is America.

In recent years, your material has moved from your personal life to politics. Is your personal life just too happy now that there’s nothing to talk about?
For a minute it was. Thank God it went horrible again, because my next show is going to make ‘Norman Rockwell is Bleeding’ look like a ‘Muppets’ special. But, really, I just write what’s coming out. I’ll write about what’s happening in the news, and my life falls apart. Then I write about that. In the end, it just comes out. People told me not to write ‘Amerigeddon.’ I can’t. As an artist, I have to write what comes out, otherwise it backs up. Then, it’s just constipation, and nobody wants that.

You’ve spent your whole career bouncing between stage and screen. Do you prefer acting or stand-up more?
Here’s the thing with movies and TV — I’m not in charge of it. In movies and TV, people who have never been onstage, never written a joke or a script, are going to tell me, who has been making audiences laugh since he was 19, what’s funny. At the very least, can’t we all agree that my instincts in that regard are most likely better than theirs? So, if I could make movies and shows without anyone telling me what to do, I would do it all of the time. But that’s impossible. I might as well try and learn how to levitate. However, stand-up is my oxygen. If I ever quit stand-up, you’d just read in the paper the next day: ‘Former comedian Christopher Titus took his own life spectacularly yesterday. He was beaten to death by a bunch of clowns. He thought it would be hilarious.’ •