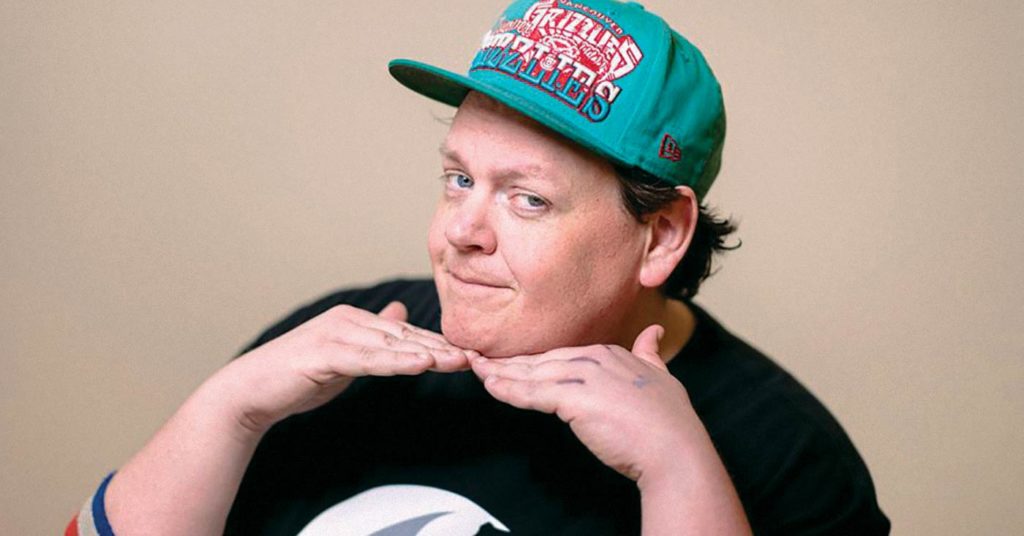 When Facebook Marketplace began to become popular, stand-up comic Alex Price thought he could have some spooky fun. “I started reaching out to people selling hair dryers, clothes pins, or whatever, with asking: ‘Is it haunted?’” Price told LEO. “They’re never sure. They’re thinking, ‘Is he being serious, or is he fucking with me right now?’” Get ready to be fucked with when this Indiana-born funny man headlines this week at Mac’s Dough House in J-Town.

LEO: What was growing up in Indiana like for you?
Alex Price: I grew up in Angola, Indiana, a little town in the top, right corner of the state. I was 20 minutes from Ohio and 20 minutes from Michigan. Basically, the polar opposite of Louisville. There’s a bunch of lakes up there, and a lot of lake houses. So, a lot of rich people from other parts of the state have their vacation homes there. So, half the town is rich people who don’t live there year-round. The other half is working class folks who don’t like them. My mom lived in town, and my dad lived on the lake, so I saw both sides.

Do you remember your first time doing stand-up?
I didn’t tell anybody about it. A guy I knew in Angola owned a bar. He would have ‘Bob & Tom’ comics come up every couple of months and do a show. We’d hung out, and he knew I was obsessed with stand-up comedy. He was like, ‘You’re so funny, you should do this show, and I’ll pay you.’ So, my very first show I was paid. So, I’ve never been afraid to ask for money. That’s a huge thing in comedy — people are afraid to navigate that whole conversation. I’m like, ‘Fuck you, pay me.’

You say you were ‘obsessed.’ How did that obsession begin?
When I was a kid I really wanted to be on ‘Saturday Night Live.’ As a chubby kid, Chris Farley was a big deal to me. But I figured sketch comedy would be tough for me to do, unless I moved to Chicago. I had no intention of doing that. Then, senior year of high school I got in somebody’s car, and we were listening to Dave Attell’s album ‘Skanks for the Memories.’ That was the first time I heard someone’s full act, not on TV with commercial breaks and stuff, but following the whole arc of someone doing an act. I became obsessed.

Do you remember the worst you’ve been heckled onstage?
I can’t really think of anything. I mean, I’m 6-foot nine inches and have been a bouncer. I don’t think starting a fight with me is on a lot of peoples To-Do List. And I don’t seek out that kind of weird confrontation either.

You have a social media bit about haunted things. How did that come about?
I wrote a joke a long time ago that went, ‘If your first question when buying a car isn’t, ‘Is it haunted?’ then, you’re not adulting right.’ That joke kind of blew up. Around that time, all of the garage sale pages on Facebook got popular, and I kept seeing all of these random things pop up in my feed. So, I started reaching out to people selling hair dryers, clothes pins, or whatever, in the comments section with: ‘Is it haunted?’ And when they would respond, I would stay totally serious with my inquiry. Then, [I] started posting my interactions with these people. They’re never sure. They’re thinking, ‘Is he being serious or is he fucking with me right now?’ They have been really funny.

Going into Halloween season. If someone runs into a haunting, what’s your best advice?
Embrace it. I mean, if your only job as a ghost is to scare people, and they were totally into it — wouldn’t that just take the fun out of it? I’d be like, ‘No, I don’t even want to be here now.’ I guess, just hug them. Ghosts don’t expect to get hugged. Start up a conversation. Ask them what their favorite episode of ‘The Office’ is. Just try to be friends. Ghosts are probably just misunderstood.