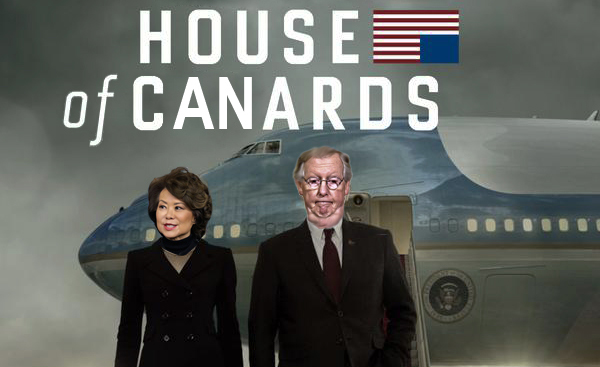 Careful observation and rigorous inductive reasoning might be the conventional way to determine the truth, but I have something else: parochial pettiness.

Everyone possible from Vice President Mike Pence to lowly national security staffers have been tagged as the perp, but there are a number of clues to narrow the candidates.

First, while “senior official” designation could mean as many as 100 officials, I’d limit consideration to the cabinet, the top agency heads, such as the EPA chief and top White House national security and communications staff.

The appellation is meant to be vague only to protect the author, but it has to be a “household name.” The New York Times wouldn’t publish a low-level staff person’s no-name op-ed. (And you have to assume this was approved at the highest level at The Times). The name will come out one day. If two weeks later it turns out to be a rank nobody, The Times will take a major hit to its editorial credibility.

Second, from what they say, the writer had to be in the administration in 2017 when the press reported rumors that the cabinet was discussing the 25th Amendment removal of Trump. (Chao was confirmed in the first weeks).

Third, the writer discusses talking to a “top official” about Trump flip-flopping recently. That “top official” knows with whom they spoke and thus could ID the writer. That would be a reckless revelation to make — unless the “top official” was the Senate Majority Leader and the op-ed writer was his wife.

The last “clue” is the weakest, in my opinion — unless the writer is a moron, which, in the Trump administration, is possible. The use of short sentences and such stilted terms as “lodestar” have caused many linguistic sleuths to point the finger at Pence. I don’t buy it.

Certainly, a savvy writer would want to throw the scent on someone else, and what better way than to mimic the robotic rhetoric of our most-vacuous veep? Aping it would be a snap for a seasoned writer but, frankly, a smart college senior could do a workable job.

More than the above clues, my analysis is based on the rawest factors that drive politicians — “who benefits” (Cui bono? for the Machiavellians in the crowd), and “can I get away with it”?

These are the factors on which Chao and McConnell have forged their careers.

Let me count the ways. Foremost, Mitch now faces a blue tsunami that might flip the U.S. Senate; he may want the voters to think that the Republicans are not all behind Trump — without coming out and saying so. Both he and Chao need the Republican Party to survive the Trump era so they can rebuild it (in their image, of course).  And if the GOP keeps the Senate, and Trump is weakened by a massive loss of the House, McConnell becomes top Republican and power shifts to him and, likely, House Speaker Nancy Pelosi. The secretive legislative deals Mitch excels at would be the order of the day.

More crudely, this bombshell into the administration could mean a cabinet shake-up. Transportation has turned out to be a dud department in Trump’s do-little government — Chao could move up the Cabinet food chain in the aftermath. In the Constitutional succession, Transportation is two spots below the Labor job Elaine held under Dubya. If Trump shakes up the cabinet, Chao could take Interior or even dream at fellow émigré Alexander Hamilton’s Treasury perch.

“Immigrants—we get the job done.”

And I wouldn’t rule out some Southern-fried revenge served cold. Chao and the hubs had to be humiliated when Trump hijacked Chao’s Transportation Day event to defend “some” of the neo-Nazis in Charlottesville, Virginia as “good people.”

But why might Chao be sure she’ll not be tagged as the op-ed writer?

If Chao drafted the op-ed, she would have had the advantage of doing so outside of the eyes of the White House, perhaps with the help of aides loyal to Clan McConnell and with the assistance of the most devious evil-genius in U.S. political history… her husband.

Chao also is a veteran, experienced hand in government, far more experienced than most of her counterparts. She’s held office in every GOP administration since Reagan and knows how to appear fiercely loyal in all circumstances (even when she found herself standing next to Trump at the news conference after the Charlottesville, Virginia, melee, as he defended “some” neo-Nazis as “good people,” she stood stoically, smiling through clenched teeth).

She also clearly benefits from Trump’s sexism; he keeps referring to “he” as the op-ed writer.

Finally, even if he had suspicions, Trump should be wary of accusing the Senate leader’s wife. As he rails about giving people lie-detector tests, I can’t help thinking a real constitutional crisis could occur if the president sought to strap electrodes on the spouse of a top congressional official.

I guess the bottom line is this: Is the op-ed the work of amateurs, or is it the work of professionals?

If it’s an amateur, they’ll likely be ferreted out soon.

But if you presume it is political pros, who are the biggest pros in the GOP now? Pros with all the cards and the knowledge of how to play them?

Pros with a House of Canards.

And that house is located in Louisville, just off Dundee Road. •

Kurt X. Metzmeier, is the author of “Writing the Legal Record: Law Reporters in Nineteenth-Century Kentucky” (University Press of Kentucky, 2016). Although he is a law librarian at the UofL, the opinions this article are his own and do not represent those of the university or any of its institutions.