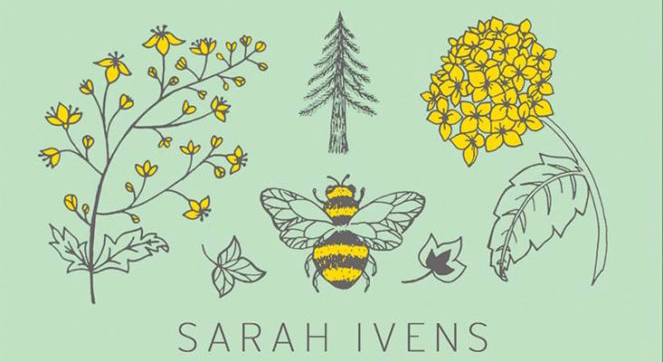 What’s your latest excuse for spending your pre- and post-work hours gazing at screens? C’mon, we’re about to hit the time of year for leaf-peeping!

Many Americans don’t seem to have time today for getting in touch with the outdoors. But in other parts of the world, there’s new appreciation for the physical and emotional gifts that nature’s always been ready to give. Shinrin-yoku, which translates from Japanese as “forest bathing,” has become a respected practice in health spas, based around connecting mindfulness exercises to active (but at any level) nature appreciation. There’s been an explosive growth in scientific/medical/psychological study results documenting the benefits of getting outside recreationally — including positive effects on the immune system, blood pressure and vision, etc.

But, if you don’t have the resources to slow down at a spa and pay to have someone be your personal Yoda guiding you through the woods, never fear. Sarah Ivens, a veteran journalist at lifestyle magazines (and former Louisville resident) has had her eyes opened wide to the good these practices bestow — and she’s determined to make them more practicable. She’s returning to town this week for a visit to promote her new book, “Forest Therapy: Seasonal Ways to Embrace Nature for a Happier You.”

“Americans now spend more time in a vehicle than outdoors. Kids are spending more time in front of televisions or clutching some kind of device,” she said in a recent phone conversation with LEO. Recently, Ivens saw herself walking in those kinds of shoes — raising children who include a Fortnite-wannabe addict. How did the author respond? First, absorb the best of the latest research. Then translate for the layperson in a way that’s convenient and even fun. She described it thus: “I dealt with things seasonally. And I delved into things by groups. There are books I’ve read to understand the topic more — and they are quite heavy. But they’re selling to the converted — and I’m trying to convert people.”

“Forest Therapy” is rarely a challenging read for any adult — even when imparting information that’s as fascinating as it is promising. Regarding phytoncides — pathogen-fighting compounds emitted by plants and picked up by those who spend time under forest canopies — Ivens judiciously spoons out the evidence for how they make you (as stated in one of the later chapters) “healthier, happier, kinder, smarter, more energetic and less stressed.”

The emphasis on the seasons in the book’s early chapters is very well handled, with sidebars listing music selections for mindfulness of the prevailing weather, guidelines for picking flowers, etc. But as the book moves on toward adapting the benefits of nature interaction specifically for parents, for couples and for self-care, the context of a forest location takes a background role. Much that’s in these pages is about personal rediscovery and helping people pick up on their own sensory cues. The author described it this way: “So often these days, we’re filled with this fear that we’re missing out. We’re fueled by doubt. We’re all looking for a quick fix and we’re all looking to throw dollars at a problem. When often, engaging with the people we love and engaging in our natural environment, is the fix we’ve been looking for. And it’s free. The forest or the lake or the river — they’re waiting for all of us.”