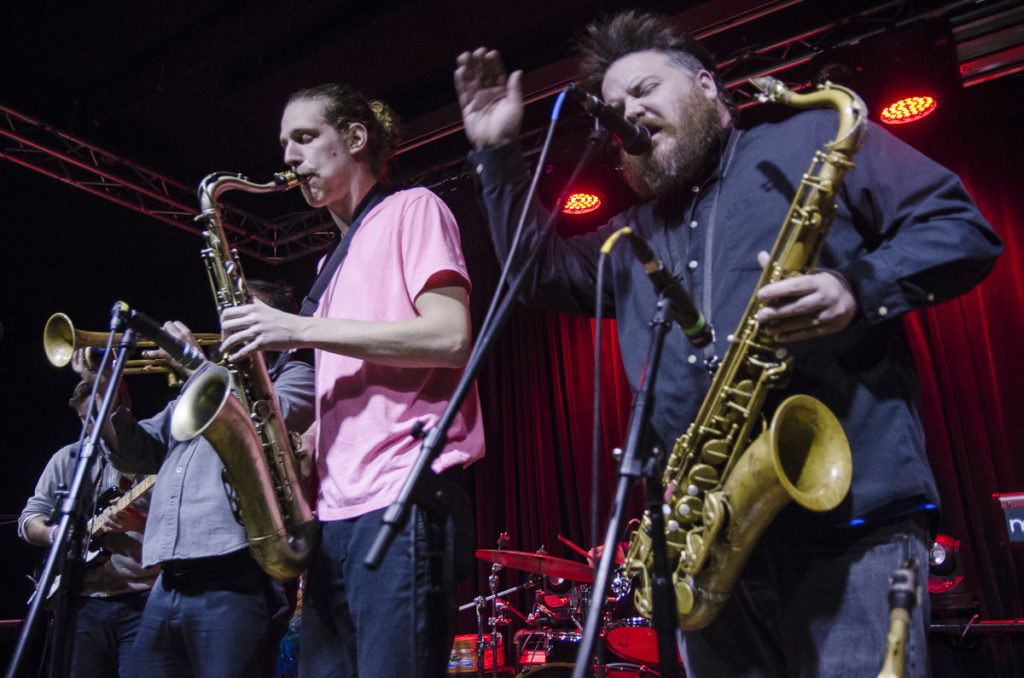 PeteFest, a three-day music festival that takes place Sept. 7-9, began three years ago to support the mission of the Pete Foundation for Depression Prevention — named for 23-year-old Pete Jones who died by suicide in 2016. To help his family and close friends endure their loss, they created the foundation, with the intention to empower individuals with “the tools necessary to understand, express and seek support for themselves and others.”

Headlining PeteFest on Saturday, Sept. 9, alongside JEFF the Brotherhood, is an exciting piece of the mix: Curio Key Club, an experimental ensemble from Louisville, will perform a tribute set of the classic live album and film by Talking Heads, Stop Making Sense. The set will also feature Bonnie ‘Prince’ Billy, Cheyenne Mize and Scott Carney.

A tribute set has become a yearly, unique trend at PeteFest, and Miller said that they chose Stop Making Sense because it was a good fit, not only for his band, but also for the times that we live in.

“We felt it’d be a lot of fun and worthwhile to do,” he said. “A lot of the songs are very relevant about what’s happening in politics and our government. Really, a lot of that rings true and kind of strikes a chord these days.”

In the year 2018, we might not always talk about the Talking Heads, but reflections of their influence remain. In the Southeast, we have the tribute band, Same as It Ever Was. And while there are other known Heads tribute groups in America doing that dance, it is never presented as a concept based on one record. Released in 1984, on the crescendo of the Heads timeline, the concert film Stop Making Sense directed by Jonathan Demme was a profound performance piece, from David Byrne and company’s on-stage aerobics and musical electricity — as well as one very large, grey suit.

“I was very surprised at when I first saw it,” said Miller. “Very similar to the experience when I saw the St. Vincent-David Byrne ‘Love This Giant’ tour — it just seemed so fresh the way they did that and it threw me back to seeing Stop Making Sense for the first time.”

Scott Carney of Wax Fang, who will join Curio Key Club on stage for the set, said seeing the film nearly 20 years ago at a film festival in Pittsburgh was transformative.

“It was very communal — everyone was giving high fives and cheering after the songs. It was really powerful,” he said. “That was the moment that I became a Talking Heads superfan.”

Formed by art school students David Byrne, Chris Frantz and Tina Weymouth in 1975, the Talking Heads were one of the biggest bands of the ‘80s. And Stop Making Sense was a monumental moment for them, one that carried on through the years and became definitive. Miller said that the key to covering something of this scale is to immerse yourself in it.

“You kind of have to live with these records for an extended amount of time, more so than casually listening to it,” said Miller. “You have to study it, and try to learn the songs, so, if it’s not something you enjoy, it’s gonna be a huge chore and take the wind out of the sails of the performance.”

“It’s a bit ritualistic,” Carney added. “You have to get the songs in your DNA, because at the end of the day, I don’t necessarily feel like I have to be up there and be David Byrne. Like I’m not trying to approximate what he does or mimic to a certain extent, but I do have to be the music.” •