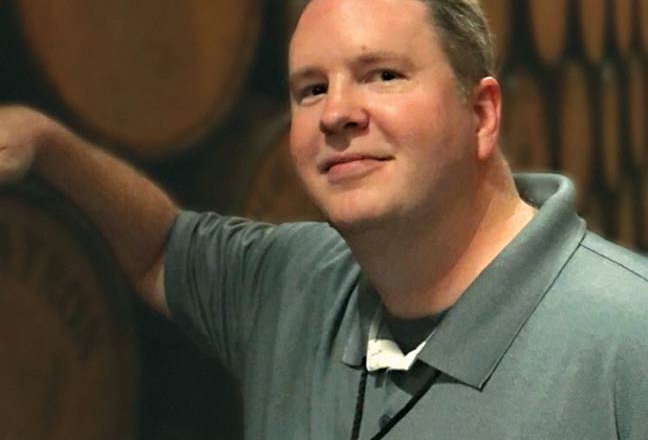 Five or six times every year, Liquor Barn representatives will work with Buffalo Trace to provide single-barrel selections for stores around Kentucky. It’s the same with W.L. Weller and other Sazerac brands.

Liquor Barn engages with Four Roses up to 20 times annually to select a barrel for bottling and selling as a store exclusive. And those are just examples,  they work with 20 to 25 distilleries each year to bring exclusive selections to their customers. Bourbon drinkers these days are thirsty for the best and Liquor Barn delivers.

“Consumers are more aware of barrel selections than they’ve ever been,” Brad Williams, Senior Director of Product Management & Development for Liquor Barn and Party Mart, said. “We try hard to show up and do a good job to pick a unique barrel with a unique profile and flavor characteristic.”

Williams has been curating stock for Liquor Barn for two decades, beginning with beer and having shifted his focus to spirits over the last decade. He’s watched the change in his customer base as the popularity of bourbon has risen. Refined palates demand a greater focus from him, and he is determined to rise to the challenge.

“We try to pick a bourbon that stands out from the normal version,” he said, “something that separates it. Something in the family of that brand and a bourbon that has something extra.”

And they go quickly, which is why Williams is constantly working with distilleries across the state, across the country and beyond to bring in the best bottles. When it comes to Kentucky bourbon, Liquor Barn has a decided advantage.

Williams said over the past few years, he’s overseen a shift in focus on the way Liquor Barn and Party Mart are stocked, moving away from an all-inclusive overview of American whiskey to the greater focus on specialty bourbons and single-barrel selections, many of them exclusive. Being located in Louisville means he has almost constant access to some of the best bourbons available.

“I can get to and from these distilleries in an hour,” he said. “I can get down there in an hour, spend an hour or two talking to the representative, get back in the car and come back to the office.”

That means a top-of-the-line selection for the bourbon aficionado, and a wide range of opportunity for the casual bourbon drinker, the enthusiast or the beginner.

Along with this shift, Liquor Barn has been working to educate employees to provide in-store resources for customers who have questions. Williams said a dozen employees recently completed the bourbon steward program.

“Five years ago, it was me and maybe a manager,” Williams said. “These days, we have really sharp people in our locations. I would say we are more knowledgeable as an employee base than we’ve ever been. That goes hand in hand because the consumer base is more knowledgeable than it’s ever been.”

And Williams also spends time in stores on weekends when possible to offer one-on-one consultation to those who request it.

Of course, if someone can’t get to a physical location, Liquor Barn’s whiskey selection is accessible through the new store app, which is free in the Apple Store or Google Play Store. Williams said 99 percent of the stock available can be accessed through the app and ordered for pickup or delivery.

And that stock is ever-changing, thanks to the efforts of Williams and his staff. Of course, the distilleries across Kentucky and beyond work with Liquor Barn and Party Mart to keep the store shelves loaded with whiskey.

“We select more barrels in a given year than probably any other retailer in the United States,” Williams said. “We’re one of the top destinations for single-barrel selections.”

And that includes national chains with more reach and more buying power. Sure, there are enough American whiskeys on the market to stock the shelves, but Liquor Barn takes it a step farther.

“What we have, we want to be good,” Williams said. “That’s where it starts – picking whiskeys and bourbons to get into our stores and back out to our consumers.”