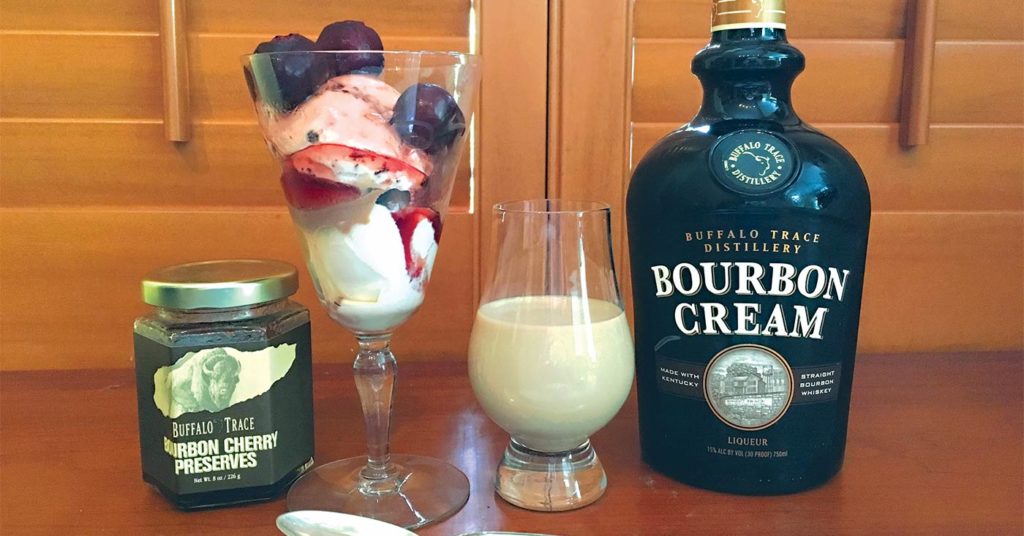 During a radio interview several years ago about food and dining, I was asked, “What’s your guilty food pleasure?” I was completely flummoxed. I didn’t recognize the concept. Why would any food that I enjoyed induce guilt? The enjoyment was, after all, the point.

Thinking quickly (it was a live interview), I allowed that I have, on more than one occasion, had ice cream for lunch. Not with lunch — for lunch. This was especially handy if I needed to get from downtown to somewhere in St. Matthews around lunchtime and could simply make a stop at Graeter’s Ice Cream for a large scoop of black raspberry chip in a waffle cone. After all, health advocates are always urging us to eat more fruit. Especially berries.

Strangely, ice cream is often thought of as food for children. Considering we have a child to thank for helping name a favorite ice cream creation — the sundae — I am perfectly happy to wait in line with kids at my local ice creamery for my order.

The story about the sundae, according to The Oxford Companion to Food, is that one day in 1881, a customer named George Hallauer asked Ed Berners, the owner of an ice cream shop in Two Rivers, Michigan, to pour chocolate syrup over his scoop of ice cream. This started a trend and soon other toppings followed, including apple cider and peanuts.

This new way of garnishing ice cream was, however, unnamed. It wasn’t until George Giffy, the proprietor of another ice cream shop, in nearby Manitowoc, Michigan, received a request from a very persistent little girl whose name, alas, as of so many important females in history, has been lost.

In order to make this new form of ice cream enjoyment special, Giffy only served toppings on Sunday. When our young dessert heroine insisted during a weekday that he serve her ice cream “with stuff on it” and he explained the policy, she replied, “Then it must be Sunday.” Well, the customer is always right. The kid’s request was granted and the sundae (Why “e” in place of “y” is still a mystery.) was named.

Since this is National Bourbon Heritage Month, it seems appropriate to update the sundae and its soda fountain companion, the float, for palates 21 years of age and up. Ice cream, of course, is not just for kids.

We can thank the people at Buffalo Trace Distillery in Frankfort for helping with this adult pairing. One of the products sold in their gift shop is Buffalo Trace Bourbon Cherry Preserves. These are perfectly lovely on your English muffin in the morning, but even better served over ice cream.

I experimented with flavors and couldn’t decide if the preserves are best on chocolate, on vanilla or on top of a Comfy Cow Ice Cream flavor called Bourbon Pecan Pie. This consists of Old Forester-infused vanilla ice cream with a fudge swirl and, as the name implies, pieces of pecan. You may not find it surprising from a woman who has confessed to eating ice cream for lunch that I have concluded that the ultimate adult sundae consists of equal parts of all three flavors topped with the bourbon cherry preserves and, if they are in season, a few fresh cherries too. (Fruit. Good for you.)

The preserves are made by Applecreek Orchards of Lexington. In case you aren’t stopping by Buffalo Trace Distillery anytime soon, you may find the same product under the company’s own label, Applecreek Specialty Foods Kentucky Bourbon Cherry Preserves at your grocery. (I spotted jars in the gift shop at Locust Grove Museum.)

It was while on a tour at Buffalo Trace, however, that I made another soda fountain-inspired bourbon discovery.

Naturally, all bourbon distillery tours end with a tasting. Buffalo Trace has a nice variation on this theme. Several years ago the distillery released Buffalo Trace Bourbon Cream liqueur. (Think Bailey’s Irish Cream only waaaay better. This stuff is made with real cream.) The liqueur is offered during the end of tour tasting.

Given that Kentucky parents are conscientious about making sure their children appreciate their native state’s culture and heritage, there always seems to be a fair number of kids on the tours, too. Obviously, those under 21, especially those under four feet tall, are not yet ready to partake of bourbon. But Buffalo Trace’s parent company, Sazerac, also has a brand of nonalcoholic root beer, Dr. Mcgillicuddy.

So, anyone not yet of legal drinking age is offered a root beer tasting. And, adults are clued in on how to make the best root beer float, ever. During the tasting, your guide, upon request, will add a splash of root beer to your bourbon cream. It’s easy to replicate this at home by using equal parts of bourbon cream to root beer.

By the way, it goes down very easily at lunch. •