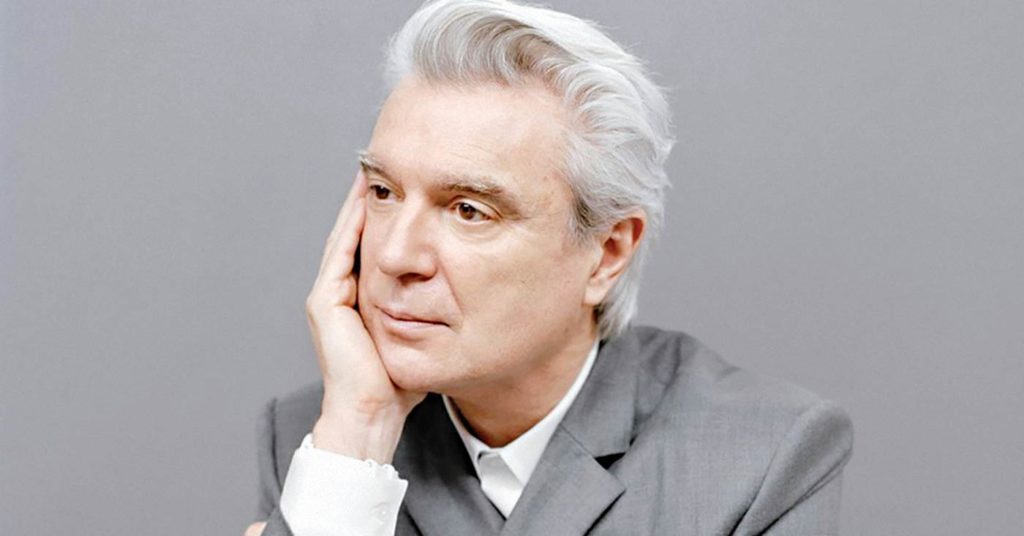 David Byrne’s latest record, American Utopia, has been getting as much attention for its live performances as it has for the songs. The former Talking Heads frontman’s new work reflects on the world around us, and he brings those songs to life on a stage that never stops with a ballet of movement — something you’ll see for yourself during his Bourbon and Beyond set Saturday.

LEO: With as many creative projects that you create these days, how important is the concept of album in your life and career?
David Byrne: It’s a good question. I mean, I’m not the only one to ask, ‘What’s an album mean these days?’ I know that a lot of people will go on to download sites or streaming sites and just pick the songs that they want, and then never, ever check the other ones out again. That’s kind of disappointing. But we live with it. We know that’s what goes on. But at the same time, yes, we think about a record. We think about sequencing. We think about a balance of uptempo songs and more reflective songs. All that kind of stuff that you think about when you’re making a record.

The interesting point in the record’s title is that you use American Utopia, not American Dream.
Yeah, although I could have in a way, because a lot of it is in a way about that. A lot of it is about asking who we are and what we want, how we see ourselves, what’s gone wrong and what might be right. I think of the record as expressing all that kind of longing, all that longing for something better and something different that we all have, regardless of what our politics are.

You talk about movement as art. It’s in the live show, but it’s also in the songs, especially starting off with something like ‘Dance Like This.’ Where does the interest in that marriage stem from?
It’s been liberating for me over the years to change from an artist who basically stood as still as I possibly could on stage in clubs, to somebody who, gradually, the music sort of liberated me and allowed me to move around, and would affect my body and affect me and inspire me to move and do different things. Music saved my life that way. Inspired me to try different things and change as a person. That’s something music does.

Comparisons of this latest tour have been drawn to ‘Stop Making Sense.’ Did you and Jonathan Demme [who passed away last year] ever consider working together again?
Oh yeah, we tried a couple times to do things together. We wanted to do a documentary about Robert Farris Thompson who was a Professor of African Art, and a great personality. Jonathan wanted to film the show I did with St. Vincent, but we couldn’t find the money, couldn’t find the interest. That’s what happens. People might think that an artist who’s been around as long as I have has no trouble getting things made, or done, or produced, or whatever. Well, the struggle doesn’t end.