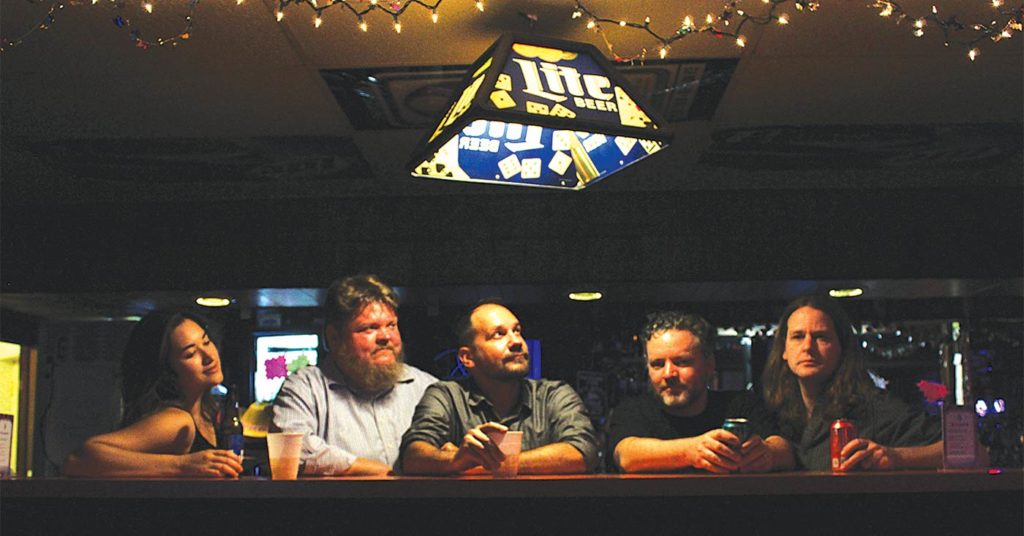 Louisville musician Danny Cash, best known as the original keyboardist for My Morning Jacket, performs in several local bands, including Hawks, The Excuses and Dirt One. LEO caught up with him to talk about the forthcoming albums and shows for his current projects.

LEO: This summer you have been playing a lot of shows with two bands you are currently in, The Excuses and Dirt One. The Excuses is a new project with Nate The Viking (co-owner of New Wave Burritos), and Dirt One was your high school band?
Danny Cash: That is correct. Nate and his friend Dave Wolkensperg have been friends and played music since they were kids. Brent Stewart and I were the same way. Bringing the two sets of old friends and music partners together [in The Excuses] has been interesting. Brent and I have a more tight, aggressive approach, where as Nate and Dave are bringing the fun and energy. It’s a good chemistry. The band started a few years ago by Dave who said Louisville didn’t seem to have any ‘dumb bands’ anymore. Dumb, fun, loud and as someone once described us, ‘Like White Reaper, but old guys.’ Dirt One was a surf rock band that we started in the late ‘90s, and took a lot of inspiration from Man or Astro-Man. We recently reunited as a one-off for a friend’s birthday party, but decided we liked playing that music again.

If two bands aren’t enough, you are also in a new group, Hawks, playing at Odeon on Sept. 13. Is the Hawks sound like your other projects, or a whole new direction?
Yeah, I went from not playing for a long time to playing in three bands at once. It was totally unintentional; just the way things worked out, I guess. It’s a lot to keep up with, but also a lot of fun. Hawks is the newest one and to me, the most challenging. When I decided to start playing music again, I sat down and said, ‘Without thinking about it, what’s my thing?’  With no other agenda, theme or support, what kind of music do I make? Turns out it’s a Southern/classic rock sort of thing. Remedial, straight-forward, easy to tap your toes and sing along to kind of stuff. I’ve always been a support player, helping other bands play or record their material or being part of an ensemble, but I’m taking the lead with this one. I’m really focusing on crafting the songs and singing in a higher register, which is new for me. I’ve always just had an idea for a chorus and maybe one verse, but never really pushed beyond that and tried to write a narrative around them. I’ve spent a lot of time writing and revising the Hawks songs and building a theme around the material.

Does any of your new projects have plans to release material?
Yes. Hawks has been tracking an album for the last few months and The Excuses will be recording next weekend. Hopefully both records will come out by the end of the year.