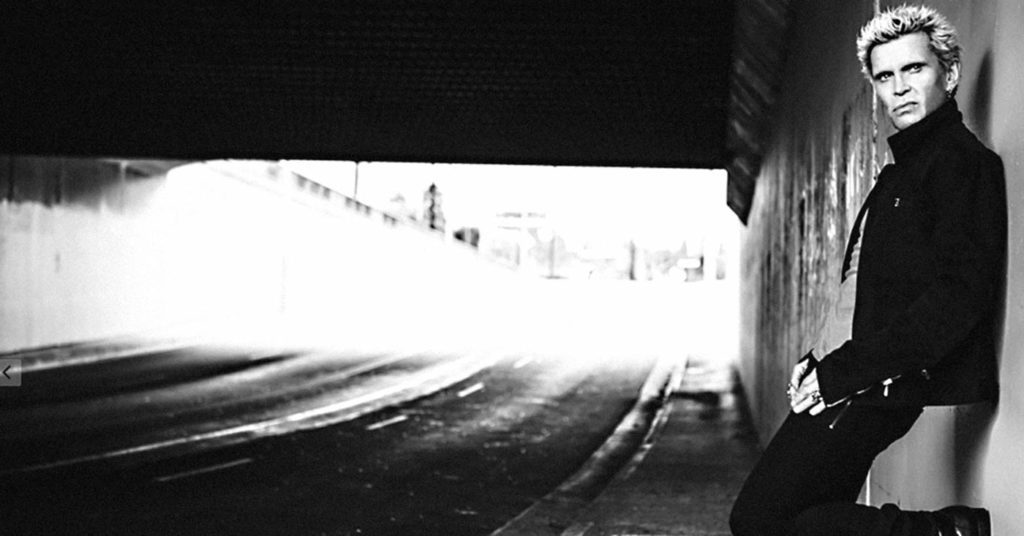 Billy Idol’s new album may not be what you expect. We spoke with the rock legend about his love for remixes and re-imagining his classic back catalog. [Editor’s Note: Idol was scheduled to play at this weekend’s Louder Than Life festival, which has been canceled due to weather. Click here for more details. ]

LEO: You’ve got this new record: Vital Idol: Revitalized. What we’re talking about here is a remix record remixed again, right?
Billy Idol: That’s right. In the ‘80s I’d done a number of remixes myself. I put ‘em all onto one album called Vital Idol. We actually put it out with a live version of ‘Mony Mony’ and it got into the Top 20 of the regular charts. I love remixes. One of the first things Generation X did was remixed ‘Wild Youth,’ fucked around with it and put it on the b-side and called it ‘Wild Dub.’ And I just thought with the way the remix world has come along in the last 25, 30 years really, I just wanted some super of-the-moment remixes with my songs today. I love it and they totally re-imagined the songs. This is my favorite record at the moment.

Do you find yourself wanting to try out remixes live? Singing these songs for 30 and 40 years, it would give that opportunity to kind of shake it up.
Well, yeah. And in particular, I’d love to try the ‘Eyes Without A Face’ Tropkillaz remix, or the ‘To Be A Lover’ or ‘Hot In The City’ remixes that are on here. I’d love to try the vibe they’ve put on them, ‘cause they’ve almost put a bit more of a Caribbean or a reggae thing even. And that’s really exciting to me ‘cause I love lots of music apart from just punk or rock and roll music.

A lot of your songs have a danceable bend to them, probably more than you get credit for. Where does that come from?
I grew up in the ‘60s when there was a lot of dance music — rhythm, R&B-driven. Rock and roll started out as R&B music. So we were never that far away. And, when I started my solo career, I very much reached back into some of those places, not just rock influences, but back into … I mean, I grew up with The Beatles singing ‘Please Mr. Postman’ and things like that, as well as hearing the originals on the radio. I kind of grew up with R&B music as much as I did with rock and roll. ‘Mony Mony.’ Where did I really hear that best was in the middle of a dance floor in 1969. I was standing in the middle of a dance floor instead of being a wallflower and ‘Mony Mony’ came on. And then that tape loop drum beat, it had just had me. Right from the start, I always loved music that you could dance to as much as rock and roll music you had sex to.