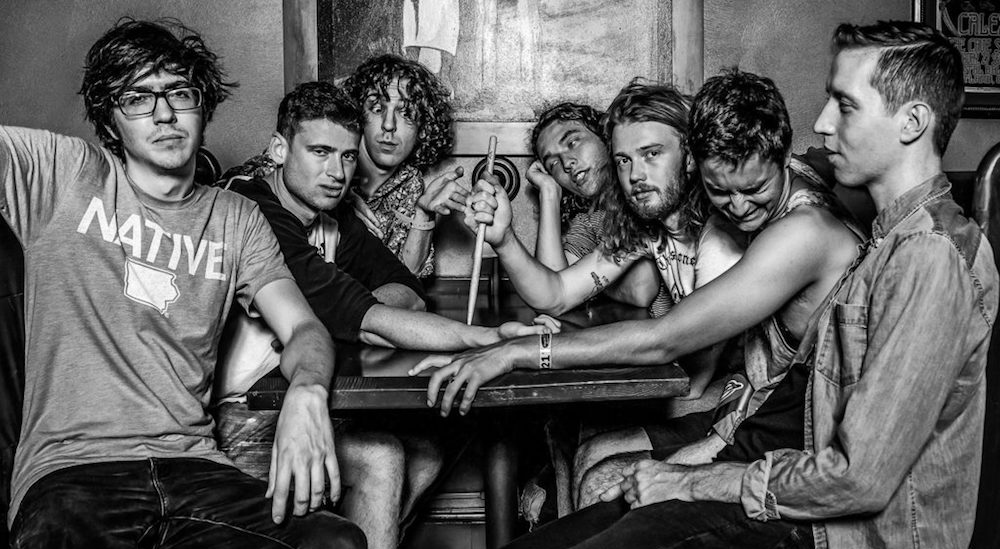 Thunderdome: Fashion
Kaiju
Free  |  9-11 p.m.
It’s that time of the week when everybody’s favorite oddball bar turns into a comedy club. This Tuesday, seven competitors will riff on the topic of fashion, all hoping to squeeze the biggest laughs from the audience.

Waterfront Wednesday and International Open Mic
Waterfront Park
$5  |  5-10 p.m.
Summer is officially over and so are Waterfront Wednesdays. After this week, anyway. Imbibe the last dregs of  festival season with three bands starting with Louisville pop group Love Jones and indie rockers the Artisanals. Ending the evening is Car Seat Headrest of Virginia and Seattle, another indie band. For a completely different sound, turn up early for the International Open Mic. Participants are invited to perform a song, poem or other audible art medium from a different country or culture.

Twilight Thursdays
Churchill Downs
$3  |  5-8:30 p.m.
Never miss a chance to relive the Derby even if it’s September… and a Thursday. The thoroughbred racing is as thrilling as ever, but the beers are just $1. Plus, there will be live music, food trucks and lawn games.

Unturned, Maewyn, The Empty Room, A Day Late
OPEN Community Arts Center
$5  |  7-10 p.m.
Channel your pre-weekend angst into an evening of bopping to pop-punk, emo and prog music brought to you by a slew of energetic bands. Headlining is Unturned, a Minneapolis outfit that’s making its way through the Midwest on a mini tour. The remaining groups  are all from Kentucky and Indiana, including The Empty Room, a melancholy, Louisville four-piece that released its latest album in April.

RBG Movie Night
Planned Parenthood: Louisville Health Center
Free  |  7:30-9 p.m.
Let’s recognize a Supreme Court Justice (or nominee) who has never been accused of sexual assault. This relatively new Ruth Bader Ginsberg documentary celebrates the 85-year-old’s legacy of advocacy for women’s rights, released in a year when her efforts are at risk of being undone by a certain someone. RSVPs are encouraged for this outdoor screening.

Half Price Books Clearance Sale
Kentucky Exposition Center
No cover  |  10 a.m.-6 p.m.
You know you’re  in for a deal when Half Price Books is having a sale. Everything is $2 or less at this feast of media: Books, music, movies, comics and more are all up for grabs. It’s so cheap, they’re practically giving stuff away!  Including tote bags. Those are actually free if you’re one of the first 100 customers. Parking is $10. The sale continues into Sunday.

Yappy Hour 2018!
Apocalypse Brew Works
No cover  |  5-11 p.m.
Beer and doges! What more do you want? Bring your doge to Apocalypse for craft beer and four-legged, furry fun in the brewery’s (fenced-in) parking lot. A portion of the proceeds will go to Kentucky Humane Society. Lexie Lu’s food truck will be on hand, along with special beers from the Lagers Homebrew Club and ABW.

Germantown Oktoberfest
Goss Avenue
Free |  5-11 p.m.
The most surprising thing about Oktoberfest in Germantown is that it’s been going on for only three years. At this year’s celebration of Deutsches heritage, there will be music, face painting, beer (of course) and plenty of German-inspired games, including a stein hoisting contest, brat toss, stein relay, yodel-off and Mr. and Mrs. Oktoberfest Costume Contest. New to 2018 is the West Sixth DankeChain Dauchsund Race,  open to any part-Dauchsand pooch whose owner signs up beforehand. Ale will be sold by Samuel Adams and Monnik Beer Co.