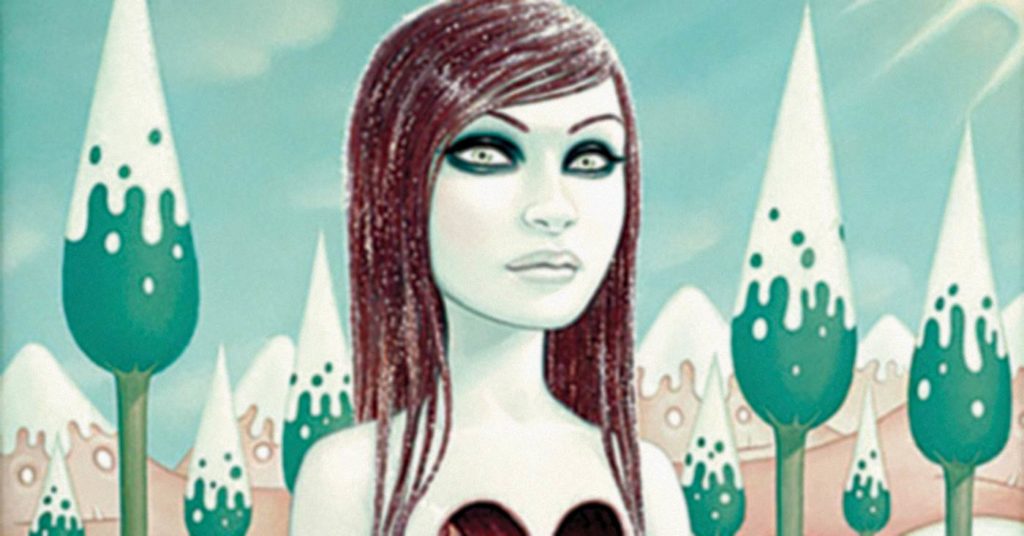 ‘The Weight of Water, Part Three’ by Tara McPherson. | Oil

Tara McPherson emerged to the front of the pop-surrealism movement in the mid-2000s and has established a royal standing. Her elegant line work, vibrant-yet-haunting painting style and seductive color palette have earned her admiration around the world. McPherson’s work has been displayed in galleries worldwide and has graced the covers and interiors of scores of popular arts magazines. Named “the crown princess of poster art” by ELLE Magazine, she has created multitudes of gig posters for musicians such as Beck, the Melvins and Modest Mouse.  LEO caught up with McPherson on the road between Las Vegas and Mesa, Arizona.

LEO: Was there any certain reason for you to include Louisville on your summer Pop-Up Tour?

Tara McPherson: We did a tour earlier this year in March, and we stopped through Louisville. I have a good artist friend in town, Jeral Tidwell, so Louisville was on my list of places to visit. We had a really nice time, and Jeral introduced us to Paul LePree of UltraPop, and we decided we should do a show at his space. We will have a little more time in Louisville this time. Also, I just finished an ad campaign commission for Bulleit Bourbon. We will be going there for a tour of the distillery.

You have been doing the pop-up tours over the past few years. How many years have you been touring?

The idea first came about when my first book came out in 2006. I set up a book tour, as you do. So I went off and explored the world by myself, and the shops would order some books. I would show up with a portfolio and some stickers and other merchandise. Essentially, a tiny, little pop-up shop. And it was just so fun that I never stopped taking time to tour every year.

Can you tell me how you and Sean Leonard started Cotton Candy Machine Boutique?

I had a storefront studio in Brooklyn for six years or so. When Sean and I met, he was living in San Francisco working with the artist Alex Pardee, and they were doing pop-up shops around the country. I met him while they were in New York, and we started dating. Sean then moved to New York, and we decided it would be a great idea to convert my studio space into a retail store. We turned it into an art gallery/art boutique and sold work of our favorite artists. After about four or five years, we were pushed out of our space with the skyrocketing rents. So we had to rethink the format, and we decided to transition the boutique into an online space that focused solely on my art prints and brand. Without a physical storefront to manage, we had more opportunities to travel and plan pop-up shop tours.

What has been the most rewarding aspect of the pop-up tour so far?

The pop-up show tour has allowed me to meet fans and collectors of my art. It creates a cool environment for people to buy art directly from me, [as] opposed to a faceless, online purchase. Meeting and chatting with people puts it on a personal level. It is a fun and intimate event that is inclusive and hopefully inspiring.

Who was your artistic hero when you were developing your style?

Well, I grew up in Los Angeles and attended ArtCenter College of Design. The Clayton brothers taught there and were an inspiration to me. Of course, Mark Ryden was an early influence. I loved the painting technique of John Currin. And many Japanese artists such as Yoshitomo Nara.

What type of art will be available at the pop-up?

I will have high-end, archival fine art prints, posters, silk-screened prints, lithographs, books. Lots of fun merchandise like stickers, enamel pins, buttons, and I will have my Skull Flower vinyl toy.