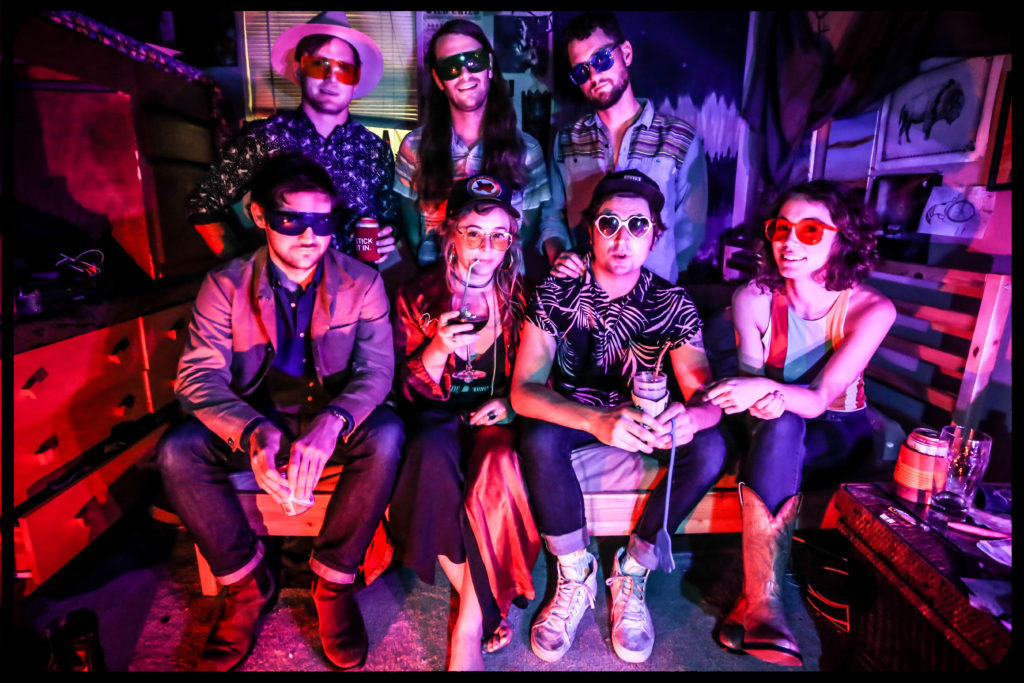 Instead of working with a producer and recording the album in a single session, the duo reached out to a half dozen artists/producers they admired to see if they would like to co-write and produce songs. The list included such notable artists as Chris Walla (Death Cab For Cutie), Scott McMickens (Dr. Dog), Matthew Logan Vasquez (Delta Spirit) and Adrian Quesada (Groupo Fantasma).

“We were kind of really frustrated with the way the music industry … there just are a lot of rules,” Beggins said. “Like you’ve got to have this amount of time allowed for press. You need this many singles. You have to wait a full album cycle before you can release something else. You have to release it at this time in order to play these festivals. There are just so many rules that have nothing to do with the music you’re making.”

Beggins and Wilson met when they played in the backing band for Danish indie act Migrant. The first time they tried to write together, they came up with three songs. That song pool grew to about 15 tunes and some musician friends joined singer/ukulele player Beggins and singer/fiddle player Wilson on Pillow Talk, their first album as Wild Child.

“We had zero intentions to do anything with it, ever,” said Wilson. “It was kind of like this is so easy and so fun, let’s just do it.”

After the first album was released in 2011, though, Beggins and Wilson pretty much had to start thinking of Wild Child as something more than a hobby. Pillow Talk was getting positive reviews on some notable online blogs, while a song from the album rose to No. 1 on the music promotion site, Hype Machine. This created enough of a buzz that the William Morris Agency approached the duo to sign a booking deal and Universal Records started making noise about a record deal.

As it turned out, neither deal panned out. But the group pushed on, releasing a well-received second album, The Runaround, in 2013, then signing with Dualtone Records to release the 2015 album, Fools, which continued Wild Child’s growth, both musically and in terms of popularity. Now with Expectations, the group looks ready for their close-up.

The new album keeps the acoustic folk-pop foundation of the first three albums, but finds Wild Child’s music growing bolder and at times bigger and louder, while boasting the lovely pop melodies that have always helped make the group’s music so charming.

“It was just fresh and there was new energy in every song,” Beggins said. •