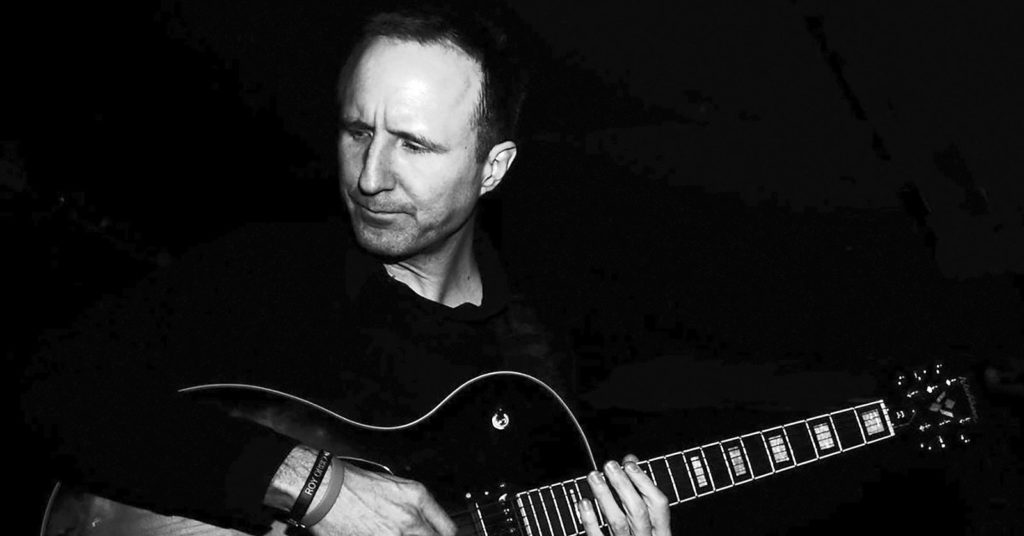 Mark Kramer, the one-man army that is Tender Mercy, makes very tender music indeed. And he’s certainly not afraid of being honest with himself and his audience.

“If there is an overall theme to Tender Mercy and this song, it would probably be doubt and insecurity,” Kramer said. “I’m a very shy and insecure person, and I feel it comes out quite a bit in my songs. I try not to overthink lyrics and just let them happen. As long as it sounds OK and makes grammatical sense, I try not to sweat it too much. If it feels honest, I go with it without too much analysis.”

Musically, “Leave Little Room” is an archetypal Tender Mercy song. It’s sparsely arranged, yet it’s lush and poignant. Throughout the song’s melancholy, ambient drone, there’s as much emotion in the song’s quiet spaces as there is when he’s singing. It’s best suited for late night rumination or a long drive through a dark place.

“I’m hoping people take from it what they see and feel,” Kramer said. “I’m hoping they make up their own minds what it means through their own experiences, because I’m definitely not trying to send out any coded messages. The problem with playing minimal music is there’s not much to say. I’m not using a whole lot of words. In most of my songs, there’s no grand idea. I’m not trying to drop knowledge but rather just a thought, like a fleeting thought that I write down and think, ‘OK, that’ll work for the song.’”

As Tender Mercy, Kramer likes to tackle unorthodox material. And while he appreciates the listener being able to come to their own conclusions, he admitted “Leave Little Room” does weave a more intentional story.

“It’s written from the second person,” he explained. “It’s this highly-insecure individual is marveling at another’s strong leadership qualities and their effective interpersonal communication skills. They can point their finger and inspire people to action. They speak with effectiveness. And I’ve always been kind of a worker bee and not a leader bee. I’ve always been someone to follow, but I’m fascinated with people that can lead and what makes them lead and why they’re effective leaders. Through playing solo, I do kind of have to be the lead bee, even though I don’t have anyone following me.”

Kramer is a little worried that these revelations might ruin the magic of “Leave Little Room,” which would be against Tender Mercy policy. But he shouldn’t worry too much. All of his music comes standard with a curtain of pulsing uncertainty, one open to myriad interpretations.

“Musically, I try to say enough with as little as possible,” he said. “I’m not a trained musician by any stretch, so I play by ear and feel. I’m drawn to the mystery of music and the guitar, so I try not to explore them too much. I don’t want to lose the fun and mystery by seeing how it is actually supposed to work.”