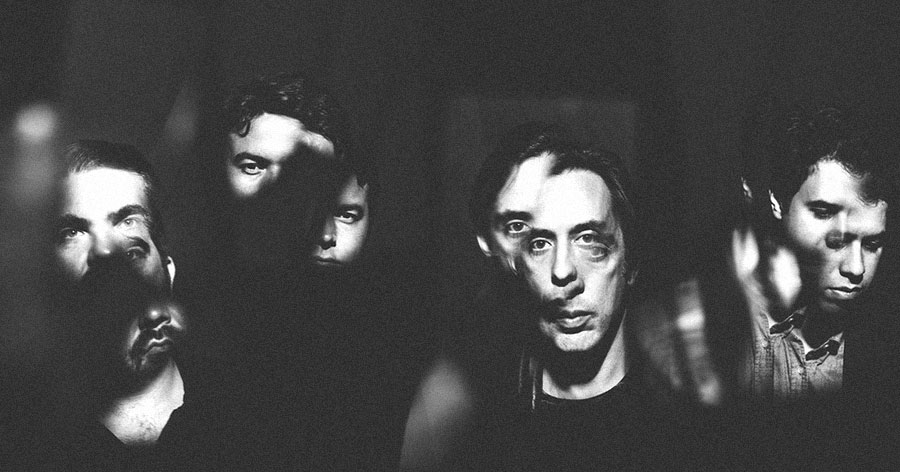 After going on hiatus in 2011, Wolf Parade surprised long-time fans with new music in 2016. That EP was followed by reunion shows, and eventually, last year’s official resurrection with the full-length record Cry Cry Cry. They’ll bring the show to Headliners Music Hall on Aug. 23, and we spoke with guitarist/vocalist Dan Boeckner to get the story on their return.

LEO: With Cry, Cry, Cry, Wolf Parade are officially back. Was the EP that preceded this new album to get the gears working again, or were you guys diving right in, right away, knowing that this was going to be full-on?
Dan Boeckner: I think we were diving right in, right away, knowing that it was going to be full-on. We wanted to write new music. We didn’t want to do shows without having at least a bunch of songs that we had written together first. That was our priority. We were like, ‘Okay. If we can write songs together, then we deserve to be back on the stage.’ So, it really started from writing in the EP, and then that justified the live shows, and then the goal was always to go forward and make an album. It was great writing those songs and making the EP. It was difficult recording. I found that process was … We hadn’t done it in a long time and we did it remotely out on the island. At times, it felt hard to communicate the energy of the song to tape, but I think we got it with the record.

‘Valley Boy’ has got to be one of your most radio-friendly songs as Wolf Parade.
I think a lot of that was working with [producer] John Goodmanson, too. And we did a ton of pre-production for the record in terms of just getting in the studio, and writing down these songs, and just trimming anything that we thought was extraneous off of them, which is not something we’ve really done before. Spencer and I worked really hard on cutting out, just trimming the fat off tunes, and pushing ourselves to reach for sounds we wouldn’t normally reach for, you know?

There is the history of Wolf Parade and the sound that you guys had back then. Going into the new songs, do you at all try to reconnect with any of that? And I guess especially now that you’ve got other projects that you can stretch out on. Does Wolf Parade have to sound like anything?
That’s a good question, actually. I think the trick to Wolf Parade for everybody is when we get in a room together, no one is judging anybody else’s contributions to the songs. We’re critical of parts if they don’t work, but I think the key is just, basically, it is the ultimate musical safe space and lyrical safe space for everyone. I think that allows everybody to just be themselves. No matter what happens, no matter if Spencer had been working on two years worth of solo piano stuff, or electronic stuff with Operators, when we get together it always ends up sounding like Wolf Parade. There’s a way that we play together that doesn’t happen outside of that group of people.

Looking at the song titles on Cry, Cry, Cry, there does seem to be a thread going on here. ‘Weaponized,’ ‘I Am An Alien Here,’ ‘Artificial Life’ and even ‘Lazarus Online,’ ‘You’re Dreaming’ and ‘Incantation.’
It’s definitely not a concept album, but I think Spencer and I have been writing more immediate songs. Immediate as it relates to what’s happening politically in the world and our current state. It’s not an overarching concept, but I think a lot of these songs are informed by the disillusion that was felt after the Trump election. I had just moved back from the United States before the election happened because I had a really terrible feeling that no matter who won, things were going to get more polarized in America. Being a Canadian citizen, I was just like, ‘I think my time here is up. I think I need to go home.’ I feel bad saying that because most of my friends are American. All the people I work with are American. I’d say at least a half of our fan base is American, at least. To be able to have that exit strategy is, I don’t know. It’s a luxury, but I did feel relieved when I got back to Canada, and a lot of the songwriting that I contributed on this record, a lot of the lyrics are resultant of that, I think. ‘Artificial Life’ is about my time living in San Jose, and ‘Weaponized’ directly addresses the election, but there’s a lot of other stuff on the record, too. That’s why I wouldn’t say … It’s not quite a political concept album, but yeah. •