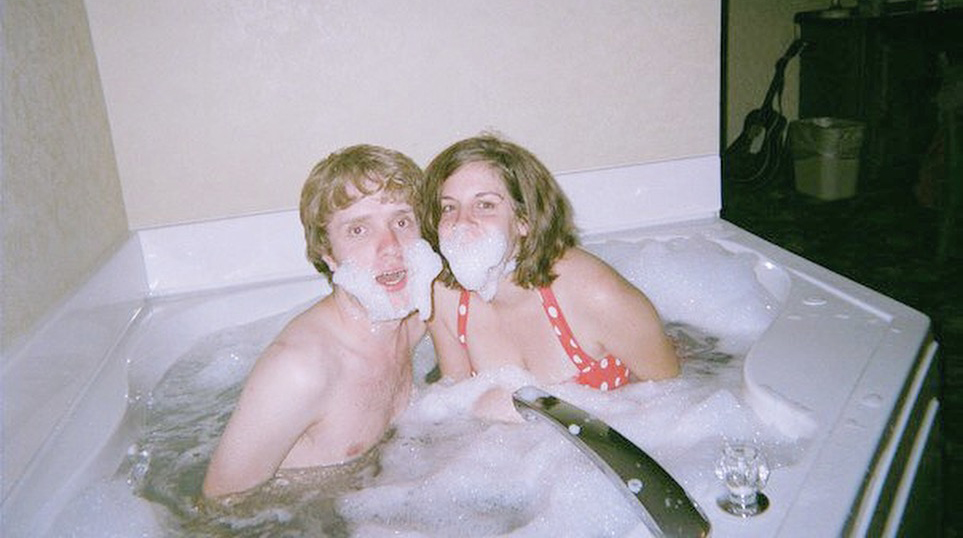 Saturday School — ‘Movement IV’
Featuring ex-members of Boner City, Saturday School carries that same momentum, hook-heavy punk music ideal for sing-alongs. Melody and harmony are the name of the game, which carries a certain amount of irony, given lyrics such as, “I told myself you were the one, now you’re the one I hate,” and the repeated chorus “I hope you’re dead.” It’s the tension between the lyrics and the musical content, which has a cheerful, ‘50s swing, that drives the track. There is a lover spurned, but committed to rising above it. It’s  that relatable degree of schadenfreude to a lost love, unreasonable, but understandable to hope for the worst in someone else. Taken in context with the music and the overall narrative to the album, which serves as a punk rock opera spanning sixth grade to early adulthood, it’s easy to hear the hurt here, immature or not.

The Other Years — ‘Adaline’
The delicate nature of “Adaline,” the debut single by The Other Years, carries such a tender and earnest feeling with it, easy and inviting. It’s that mood that “Adaline” inspires in this listener, a sense of solace and serenity, perhaps by the simplicity of the instrumentation, here just a banjo and guitar, matched by a pair of delightful voices singing in close harmony. That the track opens with the lyrics, “Soft and sweet, she woke me, so tiny, Adaline,” evokes images of an infant, cherubic and innocent, in need and want of you, an irreplaceable feeling. The recording is rough, with the sounds of nature peaking in, birds chirping and singing, the creek of a wooden floor as the performers move. You are in the room with them, windows open, a soft breeze carrying you away, thinking about being wanted and wanting all the same.

We Don’t Even Know Who We Are — ‘Seppuku’
There is an epic finality to “Seppuku,” the closing track from What Did You Expect? by We Don’t Even Know Who We Are. Opening with an anthemic, reverb-soaked guitar, the track quickly settles down into a low dirge, a two-note call and response that builds on post-rock and shoegaze traditions. The guitars are treated equally as the vehicle to bombastic expression, and a sound source deeply treated to create a sense of ambience and build environment. As the title implies, this is a morose number that attends to the end of life, but with a glimmer of hope. As grim as it is, we all face the same inevitability, and while the band does not seem to advocate for suicide, they do metaphorically offer a peaceful alternative, to live as you can best do, and leave as you best can.

Daedon — ‘Cobra’
What Daedon do so well is to evoke a particularly Louisville-esque feeling in their music, creating a righteous noise rooted in a staunchly angular rhythm section. The guitars menace, and the vocals are screamed and growled with precision — angry, but certainly contained and controlled. There are elements of Crain or The Jesus Lizard, indie rock titans that have proved durable to time. With “Cobra,” Daedon contributes to that overall conversation, with an incredible sense of bombast and power. The rhythm section is absolutely on fire, with the bass and drums leading the show during the verse bits, with that equation flipped for the chorus, which features dueling guitar leads with an almost Eastern feel to the riff work, an unconventional scale, but vaguely familiar at once. This song culminates in an incredible vocal push and noisy crescendo, the type that demands you bang your head.

Trash Colony — ‘HIP HOP SUCKA’ (prod. Carter)
Old school hip-hop is an easy claim to stake, especially since that spectrum tends to span anything from mid-‘70s birth-of-hip-hop to the golden age. Here, Trash Colony evoke the vibe and energy of A Tribe Called Quest or Digable Planets at their peak, meant as the highest of praise. The emcee has a Q-Tip style to their voice and delivery. This is Trash Colony having fun and doing so with a wink and a nod. And to quote the end of track, “word to mother.”

Brenda — ‘Xanax Suburb’
Early this year, the band Brenda packed their bags and left the Derby City behind. Take “Xanax Suburb,” their newest single, then as a farewell gift, an atmospheric tune that owes more to The Jesus and Mary Chain or Echo and the Bunnymen than to the garage rock of their previous fare. There is a bittersweet melancholia to the music, made sweeter by drummer/vocalist Brenda Mahler’s voice. The main riff has a ’50s slow-dance vibe. There is a darkness that creeps in with the expression, “I’ll take you out with a pocket knife, love you like crazy if you hold me tight, love you crazy, but I’ve gotta survive.” This is love perhaps, but through the lens of late-stage capitalism, a keeping-up-with-the-Jones-esque nightmare that balances maintaining appearances and fitting in with more primal desires. In dark times, Brenda remind you to keep your friends close, but your enemies closer.