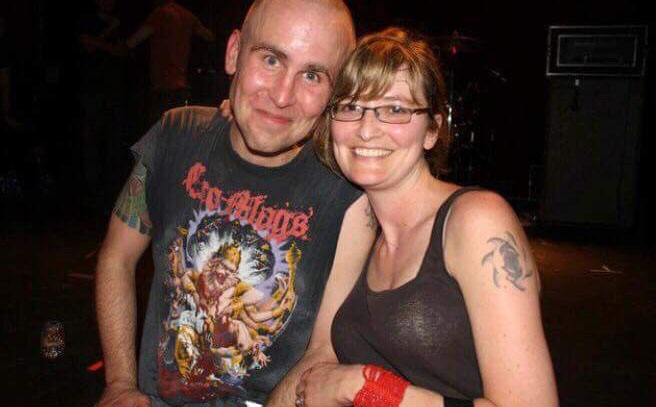 Earlier this summer, Rob Pennington and Becca Lindsay, two longtime, venerable musicians in the Louisville scene, relocated to North Carolina, but the married couple returns home this weekend to play a send-off show with their respective bands. Pennington’s Black God and Lindsay’s Julie of the Wolves will perform at Zanzabar on Saturday, marking the final show for each band.

Pennington, who recently accepted a job as an endowed chair in the Department of Special Education and Child Development at the University of North Carolina at Charlotte, said the move was about changing things up.

“If you don’t change your environment every now and again, you may cease to grow,” said Pennington, who is 47. “I’ve been in Louisville most of my life. Here in Charlotte, I won’t have people that’ve known me for 30 years. Everybody in Louisville has just watched you for so long, you’re predictable to them.”

While Pennington is settling into his new position, Lindsay is still processing the transition.

“I think we’re all in this partial denial,” Lindsay, who is 40, said about Julie of The Wolves disbanding. “I’m still in denial that I moved. I think on some level it’s like I’m on an extended vacation. I’m OK with them talking about getting another drummer. For now, this is our last show.”

Pennington’s connections to the Louisville punk and indie scene date back to the mid-‘80s, including fronting seminal hardcore bands Endpoint and By the Grace of God. He has performed with a host of bands, such as Black Cross/God, with Ryan Patterson, Ben Sears and Nick Thieneman.

“I’ve played with Ryan since 2001,” Pennington said. “I think I approached Ryan and said we should play. It gave me almost two decades of music. It’s been a really special experience. It’s all the guys in Black Cross and Black God. There is just so much love. I owe a lot to this band. Talent-wise, this band has helped me write some of the best songs I’ve ever played. ”

Coming onto the scene a little after Pennington in 2000, Lindsay has played drums in Red Nails, Minnow (also featuring Pennington) and, most recently, Julie of the Wolves.

With his new position affording him more extracurricular opportunities in the summer months, Pennington plans to continue with By the Grace of God as time allows, and he has already made connections in the Charlotte music community.

“There is nothing like it — it’s just fun,” Pennington said of playing music. “The older you get, the better it is, because you get to connect. You can use it to build your own narrative. You need to stay connected to people, and music is a great way to do that.”