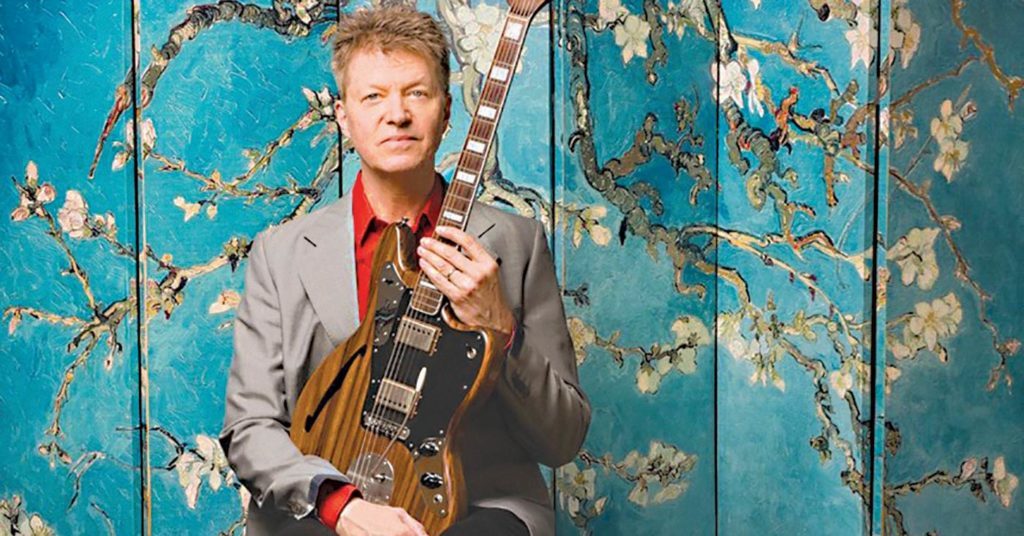 Like so many other things for guitarist Nels Cline, his new instrumental jazz record with recurring collaborator Julian Lage, Currents, Constellations, happened in an unexpected way. Perhaps most famous for his work with Wilco, Cline is a prolific musician with more than 400 credits to his name, but his latest record is the first under the project The Nels Cline 4.

“It’s a pretty accidental record,” Cline said. “I convened with Julian and thought [this] would be a really cool quartet. Were it not for fate sending us in different directions to different labels, it might be called the Nels Cline / Julian Lage Quartet. I ended up being the principal composer for the band. Julian’s schedule is so crazy, that we’re just trying to do gigs when he’s available, because I won’t do it without him.”

The quartet is filled out by bassist Scott Colley and drummer Tom Rainey, and the album was picked up by the prestigious jazz label Blue Note. Currents, Constellations is a clear reflection of Cline’s ability and range, and is another chapter in a more than 30-year journey across the musical spectrum, including work with Mike Watt, Thurston Moore and Lydia Lunch, just to name a few.

“I have to be honest with you — I never had a plan,” Cline said. “Everyone thinks that I’m a weird workaholic, but I’m kind of lazy. I feel like there are a few areas of music that I could study. I’m not a rigorous practicer. I put things off. I’m kind of a procrastinator. I’m incapable of self-promotion unless I’m prodded.”

He even contemplated “retiring” from music in the early 2000s, but then Wilco called.

“When Jeff [Tweedy] called me, I was really about to go get another day job. I was driving up and down the West Coast playing, but it wasn’t enough. But they wanted to help me. Unlike a lot of people, because I didn’t have any early success at all, every year looks better than the next. So, I’m not looking over my shoulder at the past. I’m still kind of building at age 62.”