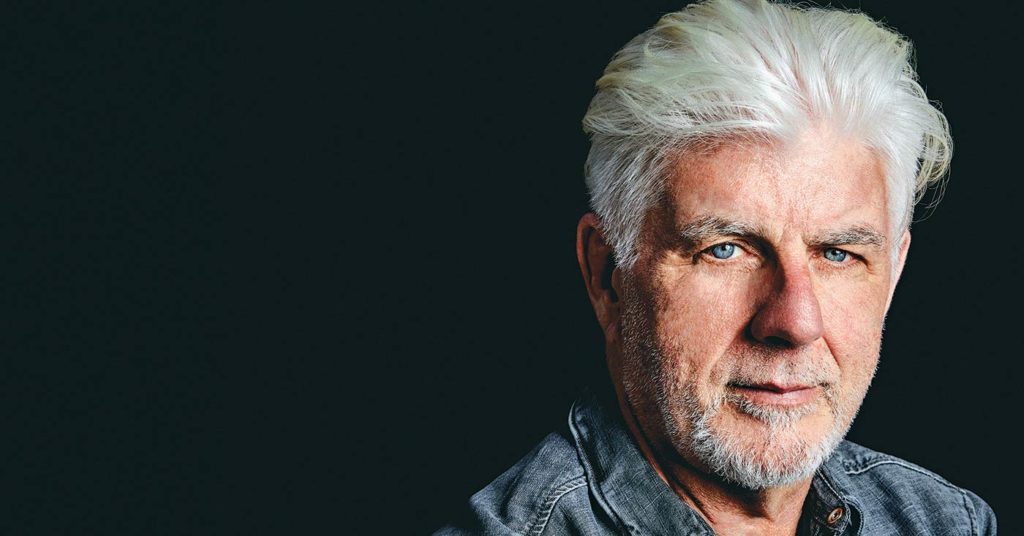 Between the Motown covers and Christmas compilations that have dominated his recent studio output, Michael McDonald was compiling demos for his first album of original material since 2000’s Blue Obsession. The process for that resulting record, 2017’s Wide Open, was more arduous than anticipated — redefining his identity once again proved difficult, because, after all, McDonald has been many things to music. He was the definitive background vocalist for Steely Dan and a vital member of the Doobie Brothers, changing up the band’s sound with his deep harmonies and socially conscious lyrics. His distinctive baritone carried multiple hits to the forefront of blue-eyed soul, while his foray as a solo recording artist in the ’80s put him in-studio with some of the prime musicians of his time. But on the heels of his breakthrough debut (If That’s What it Takes), smooth music was losing its hold in the fluctuating pop music climate. In the recent decades, McDonald, however, embraced a second wave of interest because of the mid-2000s web series “Yacht Rock,” a fictionalized portrayal of soft rock stars that put McDonald, and his frequent collaborator Kenny Loggins, at the center of its narrative. McDonald never quite stuck to that mold, but it continues to define him — although Wide Open shatters that disposition in 12 songs. Before his concert at Iroquois Amphitheater on Tuesday, Aug. 14, LEO spoke with the legendary vocalist about the new record and his life’s changing waves.

LEO: Was it a challenge going back into the studio and crafting all new material?
Michael McDonald: It definitely was, yeah. With the Motown records we largely did older songs that we knew were hits and they were radio-worthy songs — not that we had a great deal of airplay on them or anything, but on a couple of them, on the first two albums, we did.  But, it was just easier to do those songs, it was more fun than work because they were songs I loved. I had a lot of help with the production on those albums. So, when I went back to do a record of my own of original compositions, it was like going back to something that relied on my own resources from a writing and production standpoint.

What was the intention of naming this record Wide Open?
Looking at it from a lot of different ways, from the types of songs I chose for this record, and the lyric content, it was a little more personal for me. And I felt like if I was going to go back in and do a studio album that it could well be my last, for all I know. If that would’ve been the case, I wanted to make sure that I left with something that I felt was personal to a certain degree.

Your thoughts on your collaboration with Thundercat and Kenny Loggins on the song ‘Show You the Way?’
I really felt like the song, for me, and especially the verse that I sang in there was about witnessing your own change. You’re entering a phase of life, at whatever point in life it comes for you, personally, where you witness and you see yourself actually change, because for a big part of our lives a lot of us don’t change much. We get stuck in our own habitual behavior. It’s usually in the life-changing events that come along that bring about the change, usually it’s painful to get there. But it’s always worth it and you always look back on it with a certain amount of gratitude that you suffered the pain that made the change. I think that song is about how whatever that higher power is for you, you realize that you’re always having that conversation. You may not always be paying attention. And when something comes down the pipe that forces you to pay attention, it’s uncomfortable but you’re always glad it happened after the fact.

For you, personally, when has that sort of change occurred?
Looking back, I’ve come to understand that, in most cases, when things didn’t go my way, they were huge blessings. I didn’t always have the sense to know that at the time. We ask ourselves all these kind of intense questions, especially when we’re in our 30s and 40s, because we feel like we have to make these decisions before it’s too late and, I always tell my son: Don’t let it rattle your cage too much, because when you’re 66, you’re gonna still be asking yourself those very same questions. There will be that question of what should I do? Am I doing the right thing? Have I done enough? And then you realize that what’s really important about life isn’t about living in all those big questions. What’s really important about life lives in much simpler places and has to do with much simpler day-to-day, 24-hour living than it does in any big picture. Success really lies in how we treat the ones we love; how we are regarded by others simply as a person; how important are we in their lives in the exchange of love and tolerance and time. Things that don’t really come with money.

Why do you typically play Marvin Gaye’s ‘What’s Going On’ at the end of your concerts?
I think it’s one of the most important songs that’s been written in the last 60 years. It was certainly that important when it was written and when it came out — it was relevant throughout the ‘60s for sure. In some ways, sadly, it’s become more relevant even with the years. But, I think all great songs do. I think great songs don’t lose their meaning. In fact, their meaning is sometimes enhanced and may become more relevant with the years. That’s certainly one of them.