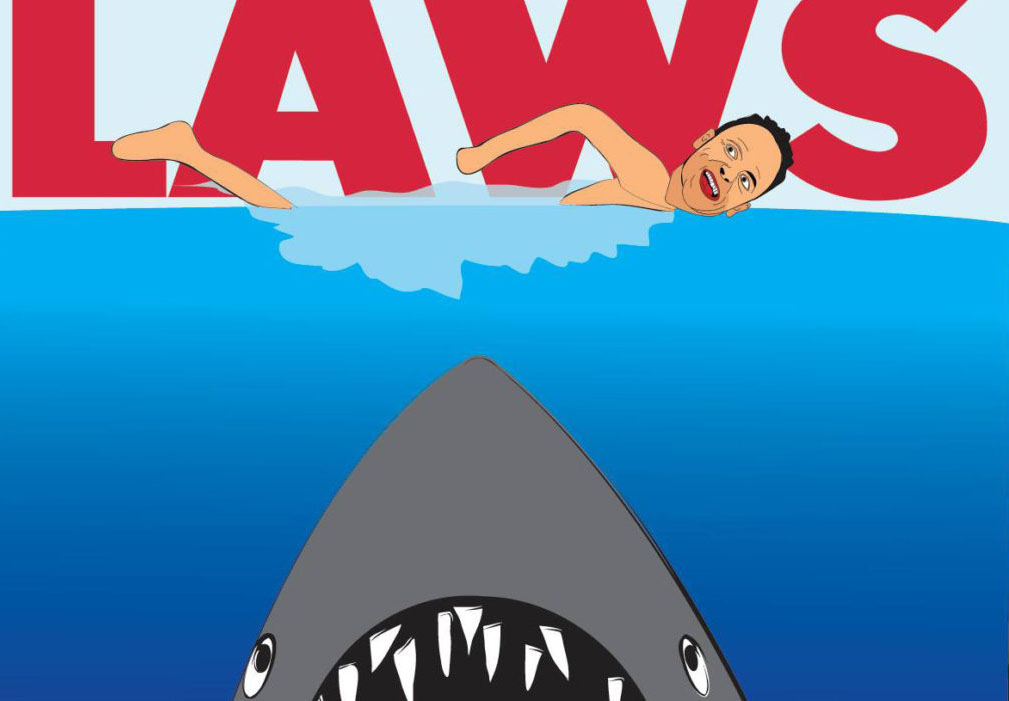 While President Trump rails about what is or is not a felony (even as his lawyer pleads guilty to those crimes), here in Kentucky we have a governor whose understanding of federal law is just as far off the beam. Speaking of Jim Beam, he is backed up by his general counsel, Steve Pitt, who is just as legally sound-of-mind as Rudy “Truth-Isn’t-Truth” Giuliani.

Recently this pair of bargain-bin Brandeises sustained another loss in one of their — dare I say frivolous — lawsuits, in this case a bold effort to run an end-around a D.C. federal district court’s consideration of whether the Trump administration violated statute law in approving a waiver allowing Bevin’s “work-fare” rules for Medicaid recipients.

While up to now the bulk of Bevin/Pitt’s stupider legal filings have been to Kentucky courts (see “Tired of so much winning: Bevin and the Courts” in the May 2 LEO), this federal case seems riskier. Federal courts can sanction lawyers who sign pleadings that are “presented for any improper purpose, such as to harass, cause unnecessary delay or needlessly increase the cost of litigation” and are not “warranted by existing law or by a nonfrivolous argument for extending, modifying or reversing existing law.” (I’m quoting Rule 11, the federal provision for sanctioning attorneys for filing vexatious lawsuits and motions).

This all dates to 2015, when Bevin put his mind to vandalizing any accomplishment of his predecessor, former Gov. Steve Beshear, a Democrat. When his vindictiveness was no longer satisfied by removing the ex-first lady Jane Beshear from boards and her name from state buildings and plaques, he set his eyes on destroying Gov. Beshear’s greatest act: the Medicaid expansion offered by the Affordable Care Act, or ACA, which gave almost half a million poor Kentuckians access to health care.

Bevin’s administration began drafting a Medicaid waiver program, Kentucky HEALTH, that sought to save money by forcing around 95,000 Kentuckians off the Medicaid rolls by forcing them to work 20 hours a week in jobs or volunteer placements. (Bevin offered no proof these magical jobs and placements existed when the waiver was submitted).

Bevin publicly claimed the waiver would save the state millions (by harassing eligible people off Medicaid) and petulantly warned that if anyone sued to block the waiver, he’d just take his Medicaid expansion ball and go home, stripping 400,000 Kentuckians of healthcare.

The waiver was submitted in 2017 and approved in early January 2018 by the secretary for Health and Human Services, or HHS. Two weeks later, a group of 16 Kentucky Medicaid recipients sued HHS in the federal district court for the District of Columbia, arguing that the waiver was improperly granted because it did not follow Congress’s intentions as set out in the Medicaid Act and ACA (and because it violated administrative procedures).

While the D.C. federal judge was considering the complaint, rather than intervene into the lawsuit as an interested party (as the federal rules liberally provide), Bevin and Pitt chose in February, instead, to sue the 16 plaintiffs in the federal district court for the Eastern District of Kentucky. This was not normal; the logical move would be to intervene in the D.C. case (something they eventually did).

In June 2018, the D.C. court found that the HHS secretary had erred in approving the Kentucky waiver, (including its work requirement) by ignoring the Section 1115 waiver provision’s requirement that such waivers must be “likely to assist in promoting the objectives” of Medicaid and the Obamacare expansion, particularly the objectives of “promoting health and well-being” for the poor and “making healthcare more affordable” for lower-income Americans.

The HHS secretary had argued that the waiver Kentucky sought met these goals because “work … promotes health,” stopping short of translating it into a pithy German motto like “Arbeit macht …”

Even after Bevin joined the D.C. case as a party, Pitt kept pursuing the Kentucky-based federal case against the 16 Kentucky citizen-plaintiffs.

But last week Judge Gregory Van Tatenhove (a UK law graduate who was appointed to the Eastern District of Kentucky by George W. Bush) threw out that case.

He dismissed the lawsuit after finding none of the three basic jurisdictional requirements for a federal lawsuit had been met: “injury, causation and redressability.”

A little law school civil procedure lesson: Despite the popular view, courts don’t entertain frivolous lawsuits. For a claim to be fully litigated, it must assert a real injury. Then, the claim must show that it is possible to show that the persons or entities being sued are the ones who caused the injury. Finally, the court has to have some law that gives it the means to redress the injury.

The Bevin/Pitt complaint had none of these things.

The alleged injury was a legal version of the “Stop or I’ll Shoot Myself!” comedy bit. (See, esp. Sheriff Bart v. Sheriff Bart, “Blazing Saddles” (1974)). If the 16 plaintiffs succeeded in blocking the Medicare waiver, Bevin would be “forced” to follow through on his threat to kill the Medicaid expansion and that would hurt Kentucky. The court found this a circular argument.

The causation alleged was even more tenuous. The 16 Medicaid recipients sued the HHS secretary, and the case was decided by a federal court sitting in Washington DC. The court found “that there is no clear traceability between the defendants’ conduct [in suing HHS] and any future harm the Commonwealth claims will occur.”

With no injury or causation, it is not surprising that Van Tatenhove had nothing he could offer as a legal remedy — besides offering Steve Pitt a recommendation for a good restaurant near the federal courthouse where the U.S. Court of Appeals for the District of Columbia sits.

The question arises: Why did Bevin and Pitt file this lawsuit?

In public, Bevin said he did it so that “Kentucky interests were decided in Kentucky.” As a political argument it might resonate, but as a legal theory it is what Black’s Law Dictionary calls “a horseshit argument.” Medicaid is governed by a federal law, and the waiver was decided by a U.S. cabinet-level secretary. Was it a clever procedural strategy that fell short? To be clearer: Is there a scintilla of evidence that it had a chance to succeed or to at least extend, modify or reverse existing law?

The fact that Van Tatenhove could dispose of the case in a breezy, 10-page decision is telling.

If this was a “Hail Mary” pass to get the Medicaid case decided in Kentucky, it was a pass thrown from Quarterback Pitt’s own one-yard line and aimed directly at the band’s tuba section. Sure, such a pass would make a spectacular clatter, rattle and clang, but no touchdown.

Using Occam’s razor to cut away what this case is not, I’m left with the basic element: Bevin sued the 16 people who had the temerity to block his policy. Even though Bevin, or even Kentucky, wasn’t a defendant, it didn’t matter; to petty tyrants like Bevin, everything is personal.

In essence, Bevin v. Stewart is a state-sponsored SLAPP suit (strategic lawsuit against public participation) — a lawsuit designed to punish the 16 plaintiffs, cost them time and money and possibly deter future citizen-plaintiffs.

This brings me back to Steve Pitt. When he signed this filing, did he think the case was designed to “harass, cause unnecessary delay or needlessly increase the cost of litigation” for the 16 Kentucky citizens?

And did he imagine he had a chance to win the case or to at least “extend, modify or reverse existing law?” One federal case does not create a pattern and the federal courts are loath to find Rule 11 violations without a pattern or particularly egregious behavior.

But it is hard to avoid the suspicion that this case was never meant to win.

It was meant to sting. •

Kurt X. Metzmeier, is the author of “Writing the Legal Record: Law Reporters in Nineteenth-Century Kentucky” (University Press of Kentucky, 2016). Although he is a UofL law librarian, the opinions expressed in this article are his own and do not represent those of the university or any of its institutions.