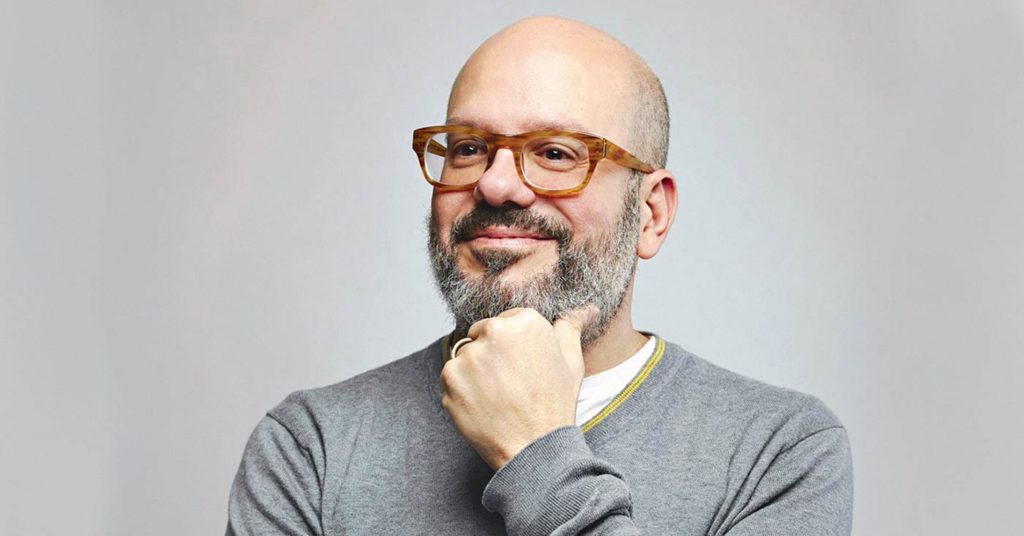 It was no laughing matter when comedian David Cross reunited with his former comedy partner and “Mr. Show” co-creator Bob Odenkirk last year, on Steven Spielberg’s Academy Award-nominated drama “The Post.”  “It’s nerve-racking to be telling such an important story that is so timely,” Cross recalled. Dramatic roles aside, Cross is best known as a stand-up comedian and comic actor, who has had integral roles on “The Ben Stiller Show,” “Mr. Show w/ Bob & David” and “Arrested Development.” Cross took time to talk with us about politics and more.

LEO: You were last in town a couple of years ago on your own ‘Making America Great Again Tour.’ Did you succeed in your mission? Or at least come closer than Trump has?

David Cross: I did. I made my America great again. I can’t say that’s true for anyone else. I mean, it’s on its way. If you’re a white, ethno-nationalist, yeah, things are looking up for you. But for all the rest of us, not so much.

In the end, do you think there is any chance America will be better for this nightmare?

I do. I do think that. Look, something I realize when I do these sets — the information I avail myself of is radically different than the information other people are getting who like Trump. I don’t know that they’re getting the same information that I am, and, if they do, they dismiss it as fake news, or doctored or lies. So what I’m seeing is distressing, awful and just mean. A huge lack of empathy and too much selfishness. I have an infant daughter now, and I see things differently than before. I have to force myself to be optimistic about things that I might not necessarily have been five or 10 years ago. And I look at history — we have gone through some shitty times in America, some way before we were born, but we’ve come out of it better for it. All of that said, I think Trump is monumentally guilty. I don’t for a second think he is some innocent guy who had nothing to do with anything. I think this is the single, most-corrupt administration in America’s history. But I think we’ll correct ourselves, and maybe go even further left than if a centrist Democrat like Hillary Clinton had gotten elected.

Comics say hypersensitivity makes it hard to do their job. Can we laugh at anything anymore?

I think there will be a bit of correction. But I don’t think it will ever go back, nor should it go back to the days where you could make Polack jokes or Jew jokes. It is all about who is saying it, what is being said and whether it’s funny. All of those things are very subjective.

Between ‘The Ben Stiller Show,’ ‘Mr. Show’ and ‘Arrested Development,’ you’ve worked on truly groundbreaking television shows. Did you know at the time they were going to be what they became?

I didn’t know so much with ‘The Ben Stiller Show.’ That was my first thing, and I was so naive to LA. The whole world was foreign to me. ‘Mr. Show’ wasn’t really successful, at first. It didn’t really get successful until we were off the air — the same thing happened with ‘Arrested Development.’ I knew they were good shows. I knew they were quality. But neither of them did much until they were canceled. [The latter two shows have both been revived on Netflix.]

Oh, man! It was totally surreal. Not to mention, it was a long shoot, and it’s nerve-racking to be telling such an important story that is so timely — you really want to handle it with care. But yeah, it was total joy and dream come true.