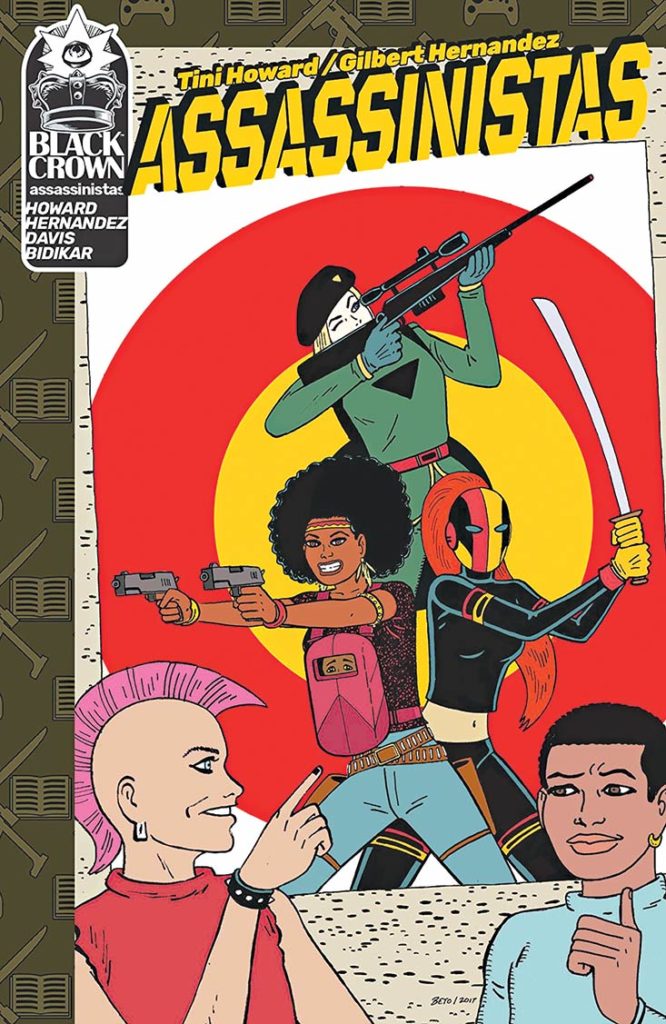 On the first page of “Assassanistas,” Magdalene Visaggio, writer of “Eternity Girl,” describes it as “‘Kill Bill’ if it was directed by Wes Anderson.” That’s a pretty great description. A perfect combination of grindhouse and domesticity, “Assassinistas” is a six-part miniseries by writer Tini Howard and artist Gilbert Hernandez collected in one book.

Retired Octavia “Red October” Price gets back into the game one final time to help rescue the baby of Charlotte “Scarlet” La Costa, her friend/former colleague, from Rosalyn “Blood” Diamond, the final member of their trio. Joining her this time, though, is her college-aged son Dominic and his boyfriend Taylor, taking a semester off and being her “interns” of sorts.

Howard and Hernandez do a wonderful job of swinging us between then and now throughout the book and an even better job of balancing verbal comedy with visual. I really hope they have more projects planned together, because this series cements them as pretty-much a perfect team.

“Assassinistas” is fast-paced, vibrant and full of fun twists. Even if there isn’t a huge demand, I don’t know if we’ll ever get a better marriage of grindhouse pulp and family drama than what Tini Howard and Gilbert Hernandez have brought us in these six issues. 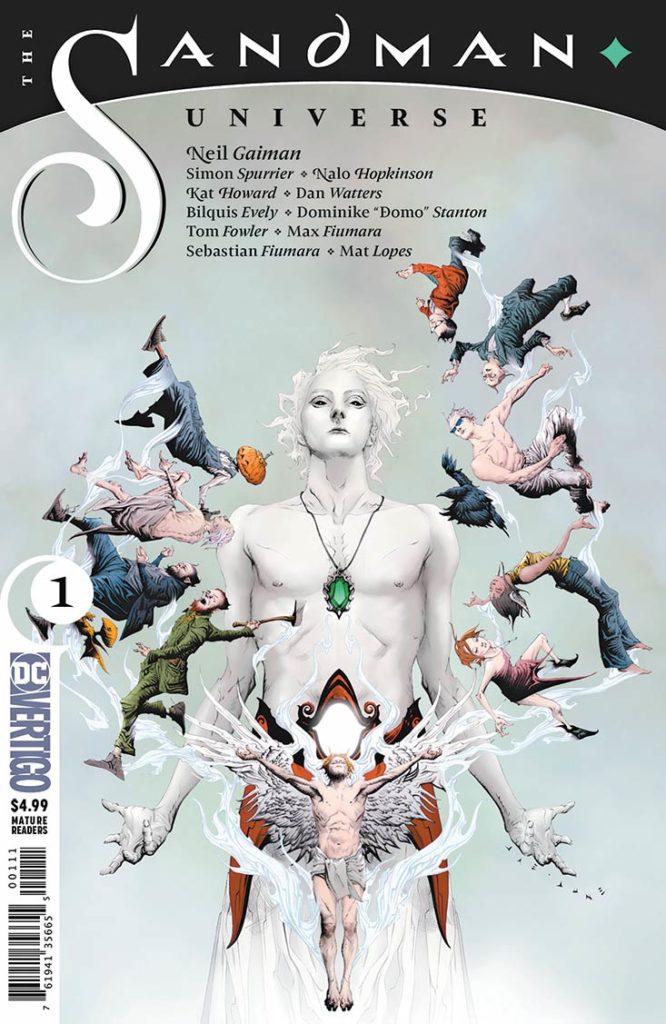 Writer Neil Gaiman and others, art by Bilquis Evely and others
Review by Kyle Thompson, The Great Escape Louisville

My middle school English teacher had us just read for an hour every other Friday. She had a full bookcase if you didn’t have your own to read, and its lone comic book was a Sandman graphic novel. It’s always transcended the genre, and I’m sure it’s the lone comic on plenty of bookshelves.

All of this is to say people take Sandman seriously. It’s considered more literature than comic book, for better or worse. Neil Gaiman is curating a new line of four Sandman books, and I’m sure hopes were high, I know mine were. “The Sandman Universe” one-shot does an amazing job of setting up these books due in the fall, while re-introducing us to the world of “The Dreaming.” The book is written and drawn by many people, with the beginning and ending drawn by Bilquis Evely. Of the Sandman books spinning off this special, the one she’s working on, “The Dreaming,” is my most anticipated.

There’s a lot going on, all told through the eyes of Matthew the Raven, a familiar face to anyone who’s read Sandman. He travels through the world of “The Dreaming” to our reality, setting up the stories that will be told in “Lucifer,” “Books of Magic,” “House of Whispers” and the previously mentioned “The Dreaming.”

“The Sandman Universe” is a great dose of nostalgia for Gaiman fans and accessible jumping on point for new readers. The rest of the Sandman books start at the beginning of September and continue through the fall.