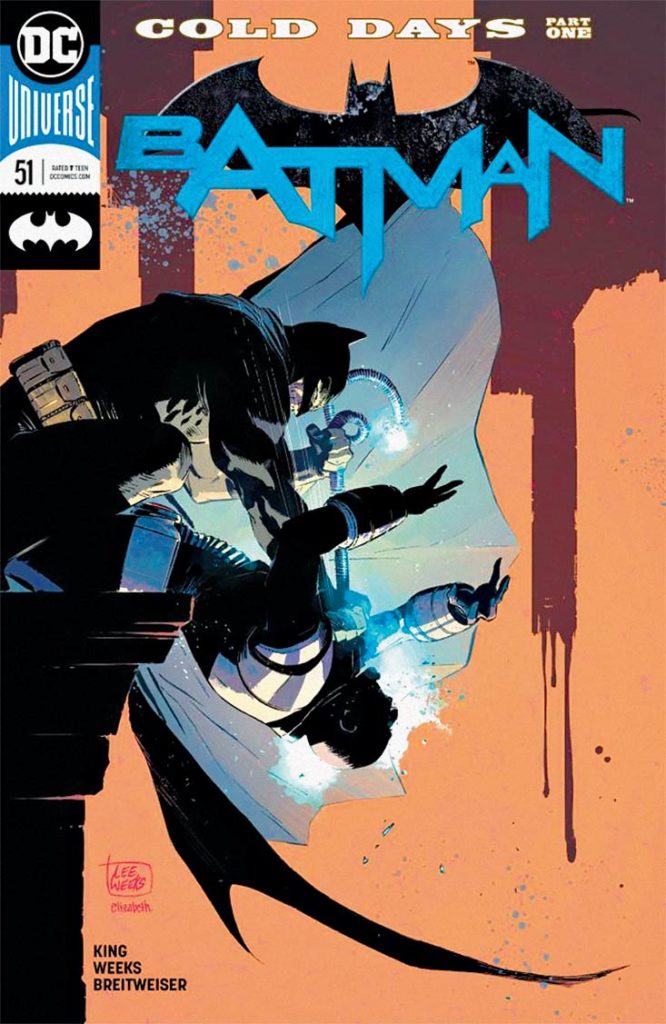 It’s Time for a three-issue story arc of Bruce Wayne vs. Batman! Well, sort of. Wayne is on jury duty. Mr. Freeze is on trial for the murder of three women, but, as we see in the dual narrative of issue No. 51, he claims his confession was coerced through a brutal beating by Batman. This leads us to a hopelessly deadlocked jury because Wayne is the only one voting not guilty and spends the next two issues explaining why “Batman got the confession” isn’t the most solid of evidence.

As a writer, King shines brightest when he’s doing intimate, character-driven stories that still have high stakes. Stories like this prove why he’s one of my favorite writers in comics today. Lee Weeks was the perfect artist for this; every time he and King team up, magic happens.

“Cold Days” is a powerful continuation of King examining Batman as a hero and a character and, this time, he’s done it in a way that can resonate with readers like never before. All three issues are on sale now.

Despite being based on the Hanna-Barbera cartoon of an anthropomorphic mountain lion, “Exit Stage Left” is anything but lighthearted and silly. Though still clever and filled with humor, the six-issue miniseries is instead a cautionary tale of how bigotry and racism fueled by propaganda, fear and the government are so dangerous, even more so if we allow them to keep being repeated.

In light of our current political climate, “Exit Stage Left” could not be timelier. The 1950s setting feels like a mirror of current events. Who knew the best book about marginalized people, especially LGBTQ, would happen to be about a big, pink cat?

Mark Russell and artist Mike Feehan created one of the most important pieces of social commentary that comics have seen in years. It does hit particularly hard for me, because the book felt like it was holding a mirror up to society. You can grab all six issues individually, or as the collected edition.

“Exit Stage Left: The Snagglepuss Chronicles,” left me with these thoughts: Bigotry and ugliness breed only more of the same and must be snuffed out, but as long as we don’t allow history to repeat itself, there is always hope for the future.