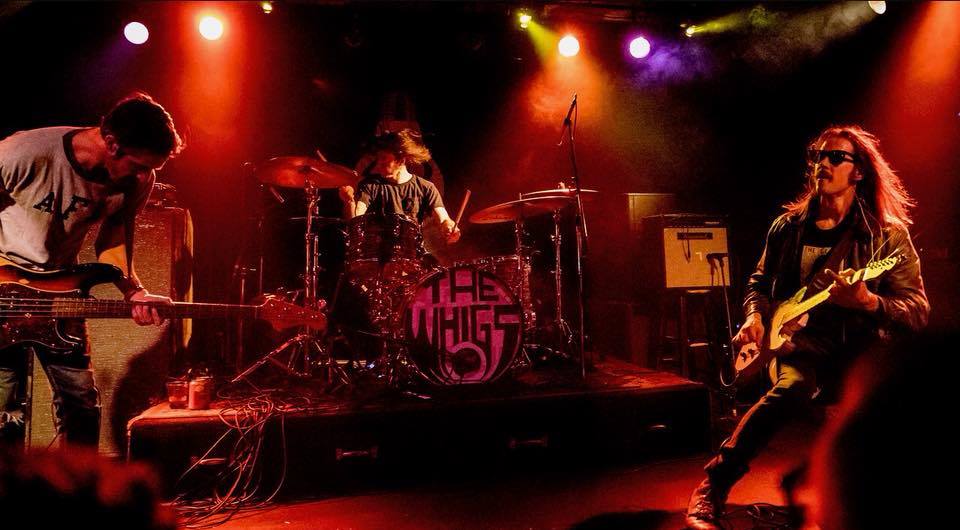 The Whigs who will appear at Seven Sense Festival this weekend.

St. Joe’s Picnic For the Kids
St. Joseph Children’s Home
No cover  |  5-10 p.m., Friday; 12 p.m.-midnight, Saturday
It’s the largest picnic in Kentucky, according to the St. Joseph Children’s Home, with over 60,000 people expected to attend… on Saturday, alone! This is the 169th year of the picnic, where you and the entire family can join in for food, drinks, games and live music. On Friday, Those Damn Torpedoes will perform, followed by Back 2 Mac — a tribute to Fleetwood Mac — and Rear View Mirror on Saturday. All proceeds from the picnic support children who have suffered abuse and neglect as well as help continue St. Joe’s mission of “Giving Children a Home.” Tickets are $1 each and good for all food, beverages and (nongaming) activities. —Aaron Yarmuth

Burn Voyage to The Closet
804 E. Broadway
$30 suggested donation  |  7 p.m.
The art installation, “Opening the Closet,” debuted at the Kentuckiana Pride Festival in June. The installation highlights stories of LGBTQ+ struggles and history, and during the Pride Festival, many attendees further transformed the installation with messages left in permanent ink. Now, artist Sara Von Roenn wants to take the installation to Burning Man, but she needs your help! Roenn is raising funds through gofundme.com (see her link in the title) and also at a white party this Saturday. Dress yourself in all white and head out for a night of ’80s music by DJ Ali Longmire, and, at 10 p.m., a concert with WrexEd, Cid and LB3, with video projection by Muvtek and David Jester.

Seven Sense Festival
Gravely Brewing Co.
$25  |  Times vary
A two-day, indoor-outdoor music festival featuring 40 bands, Seven Sense Festival takes over a new location this year on three stages at Gravely Brewing Co. this weekend. With one indoor stage and two outdoor ones (back patio and front lot), Seven Sense will be a bit more condensed than at the previous location on Preston Street, but with bands including All Them Witches, The Whigs, Cedric Burnside, Vice Tricks, Tristen, Fotocrime and Touch A.C., the lineup is thick with talent from Louisville and beyond. —Scott Recker

Hal and Ben’s Bike-In 2018: Shelby Park!
Shelby Park
Free  |  5 p.m.
What’s a bike-in you ask? Think of it like a drive-in movie, but with bikes instead of cars, and then add live music, food trucks, beer from West Sixth Brewing, games and bike racing. The event is hosted by friends Hal Riedling and Ben Sollee, and presented by the Olmstead Parks Conservancy. This is the first of three bike-ins at parks all over Louisville. Live music begins at 6 p.m., and the family-friendly movie begins at 8:45 p.m.

Liverpool vs. West Ham
Molly Malone’s Highlands
Free  |  8:30-11:00 a.m.
Jonesing for more soccer after the World Cup? Don’t worry, England’s Premier League has you covered. If you paid close attention during the World Cup, you’ll recognize many of the players in this league, because the Premier League is, well, the premier league in soccer. Catch one of the first games of the season at Molly Malone’s Highlands this Sunday for Liverpool vs. West Ham. Liverpool FC Kentucky (the official supporters club in Kentucky) is taking over the bar to watch. But don’t be put off if you’re a fan of another team, everyone is welcome.