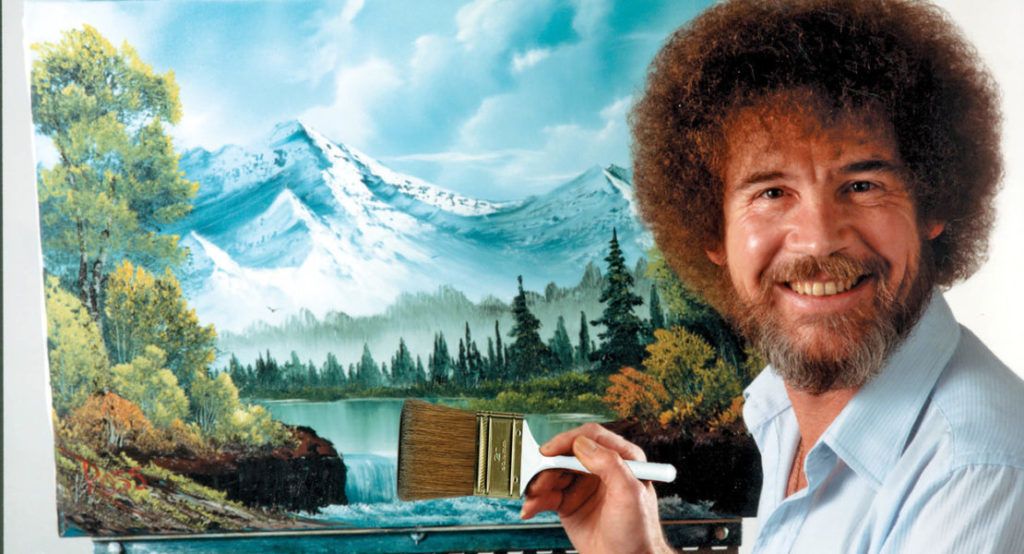 Trolleys to the Park: Beechmont And Kenwood – Louisville’s Trolley Suburbs
LFPL, Iroquois Library
Free  |  6:30 p.m.
It’s hard to imagine now, but, at one point in Louisville’s history, the Beechmont and Kenwood neighborhoods were distant suburbs of downtown Louisville, until trolley lines were extended to the neighborhood parks. Learn more about how trolley lines shaped the city of Louisville, during this talk presented by local historian Robert Dawson.

Paint Mountains the Bob Ross Way
LFPL, Main Library
Free  |  1:30-4 p.m.
If you don’t love Bob Ross, you may be a serial killer. With his laid-back, positive attitude that was infectious, Ross inspired untold numbers of people to pick up painting through his PBS show… this is the power of Bob Ross! Learn his process during this painting class at the downtown library. All painting supplies provided.

August Green Drinks
The Butchertown Social
Free  |  6-8 p.m.
Enjoy a drink and learn about the Louisville Urban Agriculture Coalition at this edition of Green Drinks. Green Drinks Louisville is a project of the Louisville Sustainability Council to highlight environmentally friendly work in Louisville, and, hopefully, help green-living folks network. This month’s featured speaker is Bethany Pratt, a horticultural agent with the UK Cooperative Extension.

The Mixtape: House of House
Galaxie
Free  |  6 p.m.
Sometimes simple is good. The theme of this event is house music, but the real stars are the cocktails, each made with Copper & Kings brandy and four ingredients or fewer. The drinks start flowing at 6 p.m., with the DJ starting at 10 p.m.

5 Dollar Holler! Curio Key Club and Urban Tropic
Zanzabar
$5  |  8 p.m.
Make the most of your hard-earned money at the $5 holler! There, you’ll find live music by Urban Tropic and Curio Key Club. Sip cheap drinks, grub on good food and play pinball. And if you beat a member of one of the bands at pinball, you’ll win swag.

Spinsters Thursdays
Decca
$5  |  8 p.m.
Speaking of $5 Hollers, Decca has its own, which includes a bourbon shot and one beer. And once you’ve finished your first one (of many), you can settle into the sounds and vibes of The Spinsters Union of Louisville, a collective of Louisville’s best gender-nonconforming and women DJs and producers. To read more about The Spinsters Union click here.

It Do Take Nerve: Drag As A Subversive Tool Of Resistance
Speed Art Museum
nonmembers, $18  |  6-7:30 p.m.
Drag, by its very nature, is a form of rebellion. Drag queens and kings have a long history of being involved in the fight for equality. Learn more about the history of drag as a tool for sociopolitical resistance throughout modern history at this talk, a part of the “Dialogues on Gender” Series at the Speed. WFPL’s Strange Fruit podcast cohosts Dr. Kaila Story and Jaison Gardner will present the multimedia presentation, as part of After Hours at the Speed, a party in the museum from 5-10 p.m.  —LEO

Dinner for a Cause – Anthony Bourdain
Ward 426
$75  |  6 p.m.
OK, clearly this is above the usual $5 limit, but we felt it was worthy of mentioning. In honor of the late Anthony Bourdain, this dinner for a cause is raising funds for the American Foundation of Suicide Prevention. That’s the main reason you should go, but the secondary reason is that serving this seven-course dinner will be eight chefs from Louisville restaurants, including The 502 Bar and Bistro, Baked Louisville, Logan Street Market, Lou Lou Food + Drink, Marketplace Restaurant, Mirin and Ward 426.