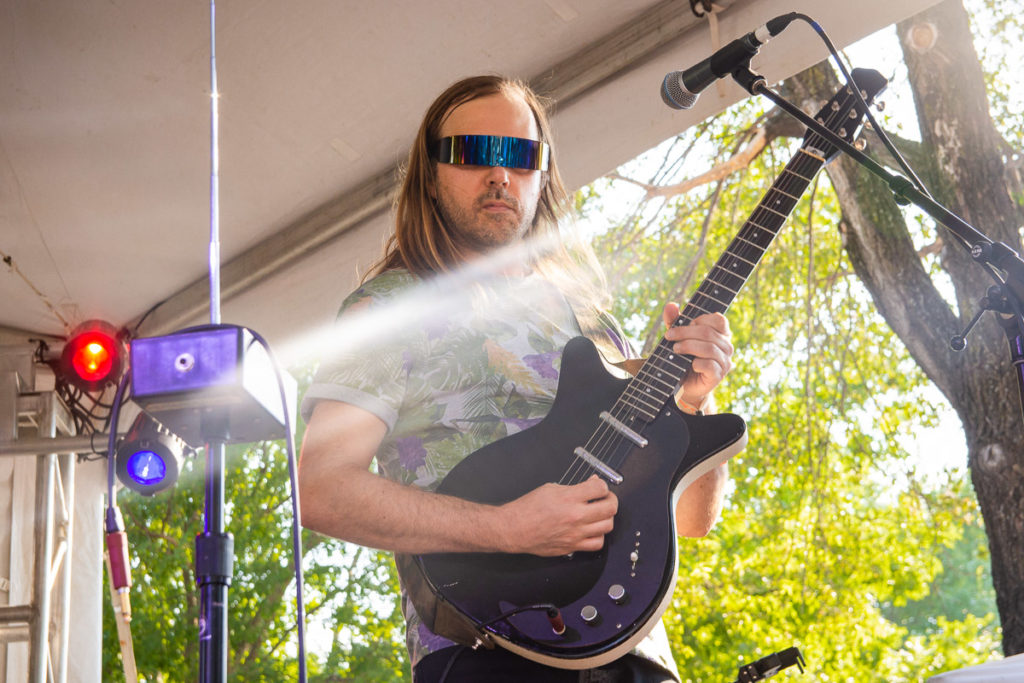 Daddy Issues
Sunday, Aug. 5
Zanzabar
That ‘90s, punk-inspired, pop-leaning indie rock with stoic vocals and distortion-fueled guitars is alive and well, and Daddy Issues plays it as well as anyone. Their latest album, Deep Dream, was emotionally charged, chronicling trauma, broken relationships, wasted days and long nights, resulting in a highly personal, yet relatable, collision course between the past, present and future.

Marilyn Manson
Sunday, Aug. 5
Louisville Palace
From gothic rebellion anthems that freaked out one generation, while encouraging another to fly its freak flags, to later introspective songs, Manson has had one of the most interesting careers in music.

Against Me!
Tuesday, Aug. 7
Mercury Ballroom
Fueled by driving riffs and smart lyrics, Against Me! plays rock and roll with attitude and purpose — a gleaming example of what the genre looks like at its best. With Against Me!, it’s all there — the urgency, the confidence, the vulnerability, the anger and the sadness. Equal parts wild, frantic energy and digs at the core of human existence, Against Me! is one of the most-important working rock bands.

Nels Cline
Thursday, Aug. 9
Headliners Music Hall
The experimental guitar giant has been a member of Wilco since 2004, but you can find his work scattered all over the place, in several different styles, but always with the same drive and prowess. From rooted jazz to oddball pop to groundbreaking indie, Cline has forged a legendary career.

Wax Fang
Saturday, Aug.18
Gravely
Wax Fang, a venerable force in the Louisville music community, continues to shine — last year’s Victory Laps was another powerful, wide-ranging and clever entry in their history. For as thick and versatile as the albums are, singer Scott Carney and company thrive live.

PRJCTR
Friday, Aug. 24
Against The Grain
With a hazy, atmospheric sound that combines piercing guitars, electronic ambience and chilly vocal, PRJCR creates spacey music that sways and shifts often, but always in  controlled and interesting way.