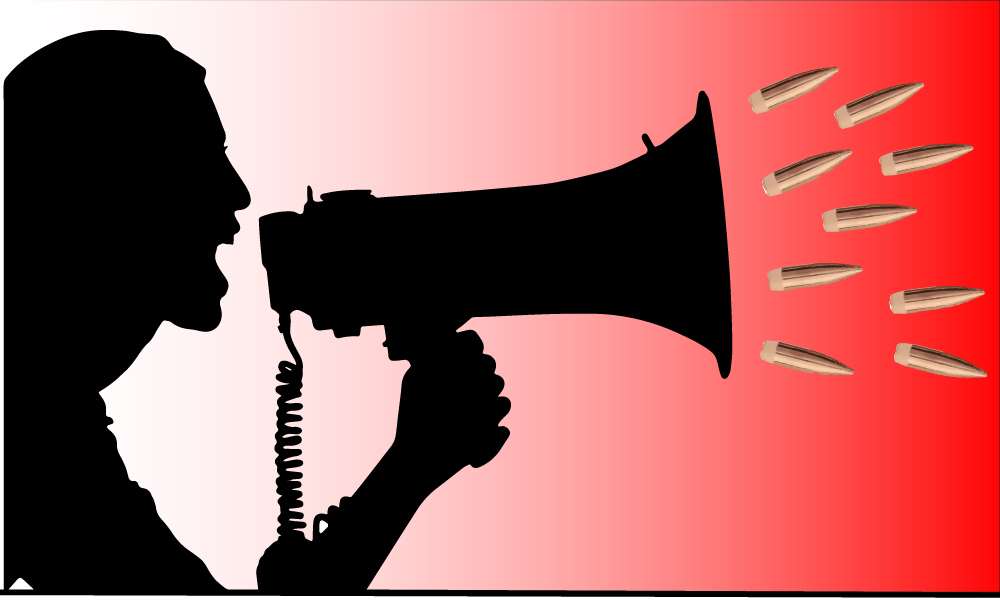 Louisville can really put on a rally.

Thousands met at the Metro Hall steps earlier this year for the “March for our Lives” call for stricter gun laws, many chanting “Enough is enough!” Hundreds rallied in response to white supremacist violence in Charlottesville, Virginia last year. And, just in the past couple of weeks we got a three-fer where a rally to protest Trump’s immigration policy turned into a march to the Immigration and Customs Enforcement (ICE) office and then became “Occupy ICE.”

I am not going to argue about the nobility of these causes. They are important to many people for many reasons. However, I do find it strange that no one is rallying for Chatariona Harrison. Or, Jamah Gatlin. Or, Anthony Edwards? Or, the other 268 (and growing) men, woman and children who have been murdered in our city in the last two and half years.

We could have a rally nearly every day of the year for those that have been slain our streets. Who is shouting “Enough is enough — not one more” for Glenn Browning and Kristopher Reed?

In fairness, there are rallies for those murdered, but they have nowhere near the numbers or the demographics of white people we saw in the thousands for the gun violence protest. They certainly don’t get the level of coverage by the media that Occupy ICE has generated.

I have a couple hypotheses as to why this is the case.

The first hypothesis is that the epidemic of homicides paints a very different picture of what our city leaders want us to believe. We are a compassionate city, after all. Can Louisville really be compassionate if it we were ranked the 11th deadliest city in the nation last year? We have to hide that (particularly with an election approaching). We take our business guests to show them the grandeur of Derby, but it could be assured they weren’t brought to the Parkhill neighborhood where the residents proclaimed, “It’s like a war,” after the shooting death of Brandon Madry.

Is it that we can’t protest what we are responsible for creating? And, that this is a city with a reputation for violence and murder that rivals Chicago.

Second hypothesis. Rallying to hold our leaders accountable for a record-setting murder rate does not make for a good Facebook post. Mothers will paint a sign and put it in the hands of their 6-year-old and proudly proclaim their child is so brave to stand up against gun violence. However, are they brave enough to have them take a sign and march to the intersection of West Broadway and Cecil Avenue where Deshawn Brown died of a gunshot wound? I don’t think so. The hopelessness of abandoned buildings and decaying infrastructure in the background do not make for a cheery and shareable post.

Third hypothesis: We’re a racist city. Most of the homicides are against blacks. Most of the people holding signs at our rallies are white. But no white folks are holding signs for Isiah Snoody. As much as it may sting to the self-righteous, I think it’s a big part of it. It is much cooler to rage against Trump than it is to mourn the actual, real-life murder of Nelson Lopez, one of our citizens, that occurred in our city. White people will shout, “Well I marched to bring down the statue of the Civil War scoundrel John B. Castleman in the Cherokee Triangle. I’m not a racist!” Keep telling yourself that, sporto.

Last hypothesis. This idea really brings aspects of my first three suppositions together into what I think is most probable and that is Louisville is a conveniently compassionate city. We protest what is cool, safe and what speaks into the echo chamber that we reside and filled with the rhetoric and hollow words of partisan politicians. Our city leaders laud $17 billion in construction in Louisville, but I bet the parents of Sienna Summers-Miller couldn’t care less and would pay that much — if they could — just to have their daughter back, if only for a moment, to say they love her.

Just as Occupy ICE Louisville was winding down, a young mother was killed in a broad-daylight, drive-by shooting on the corner of Ninth and Breckenridge streets. Will the participants of Occupy ICE now move their tents and occupy a space there? They rallied for the children separated from their mothers on the border. Will they rally for the child of this slain woman in our own city?

So, what should we rally for Louisville? Maybe something that, no-kidding, affects the life and death of people in our own city. Maybe we should rally at the steps of Metro Hall for Terrance Clark, Algie Ceesay, Charles Tillman… and on and on… until it ends. •

Fred Johnson is a 29-year Army veteran, volunteers with Restorative Justice Louisville and is cofounder of Shakespeare with Veterans.