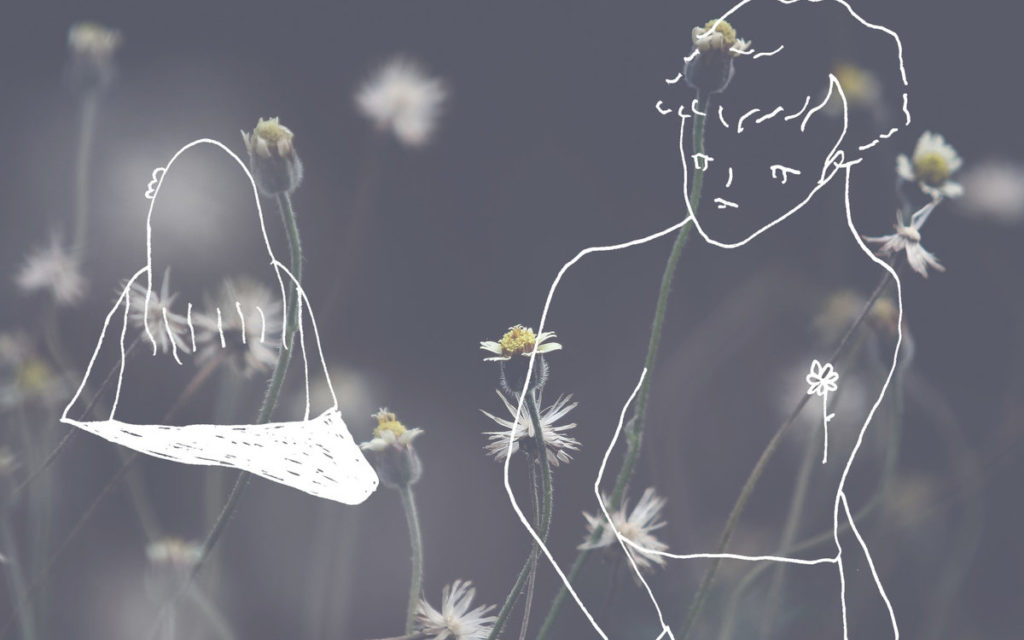 Axel Roley — ‘tha awakening’ (featuring Kamar Ruvon + Hendo Houdini)
Axel Roley is straight up one of the coolest producers out there, the Ohio Valley Madlib or J Dilla, slaying it hard with every beat dropped. His newest brings in Kamar Ruvon and Hendo Houdini, each of whom spit hot lyrics like it was their birthright. This is fight music, a Wu-Tang-style cut that feels pulled off the back alleys. Roll dice to this shit, flip tables when the cards you’re dealt suck and you think the dealer is sketchy. Ball to this however you like, but expect to come away affected by the overall feel here, which to put it bluntly is dope as fuck.

Smeyeul — ‘One Day’
There is an airy lightness “One Day” that carries the same chill vibe as Boards of Canada or Clams Casino, a hushed ambience that does a lot with a little, and leaves you wanting more. Clocking in at a mere 1:55, Smeyeul makes every moment count, and stops right before you might get tired. That said, I can imagine a soulful voice coming in at that moment, a la the Weeknd or Solange, or an emcee like MF Doom, just folks that can add that extra layer of class to an already boss cut.

Solano — ‘3am in Louisville’
“3am in Louisville” has the kind of street grit that people struggle to get, but Solano handles the style with a grace and ease that lends to his credibility. There is enough soul in “3am in Louisville” to reinvigorate your own, a world-weary grind that feels honest and direct. There is something in the zeitgeist, maybe the weight of things, maybe just the summer heat, that Solano is tapping in to. This is about struggling against a legal system that feels at odds with the community, of the divisions of money and class, and all the things that keeps you up at, well, “3am in Louisville.”

The Unwashed — ‘In the Garden’
A slow and sultry indie dirge, “In the Garden” is late-night music to be screamed into the ether. There is a desperation that goes hand-in-hand with a little too much whiskey, a feeling of loss channeled through neon-lit indie blues. In fact, this is the truest interpretation of the genre that I’ve heard lately. The Unwashed is no stranger to heavy riffs and blown out vocals, the microphone struggling to keep up with the rawness in the singer’s voice. When you hurt, this is your salve — a balm for the lonely to let you know that you’re not alone. It’s that light in the darkness that forms the heart and soul of this track — a sense of community that we’re all alone together.

Batwizard — ‘Swordhoarder’
This is epic metal that demands that you pump your fist and worship Crom, because life is too short not to unleash the beast. Say you want to dismantle the system, or take a pickaxe to a star on the Hollywood Walk of Fame, then this is your battle charge, the anthem for the destruction of your foes. Batwizard never shies away from a guitar harmony or solid  groove. Put this on and belly flop into a pool or win a hot dog eating contest. Read a comic that involves chopping people up with sharp weapons (I recommend the current run of Thor!). But whatever you do, prepare to do it at 110 percent intensity.

Wonder — ‘Landscape’
Equal parts ambient composition and a vaporwave lucid dream, “Landscape” will lull you into ease, before plunging into Lynchian horror. There is that kind of repurposed vape cheese, part and parcel to the genre — that appropriation of ‘80s sounds and commercial music recontextualized for a new generation. What Wonder does so well though, is to overlap a variety of elements, from the lush opening drone to the slow elevator jazz, creating a kind of uncanny valley effect. This is the waiting room music in the Black Lodge, a slow and unsettling dread that you can’t quite place, made more so by the superficial comfort that both starts and finishes the track. Soak in the quiet calm, but darkness dwells just beneath the surface.