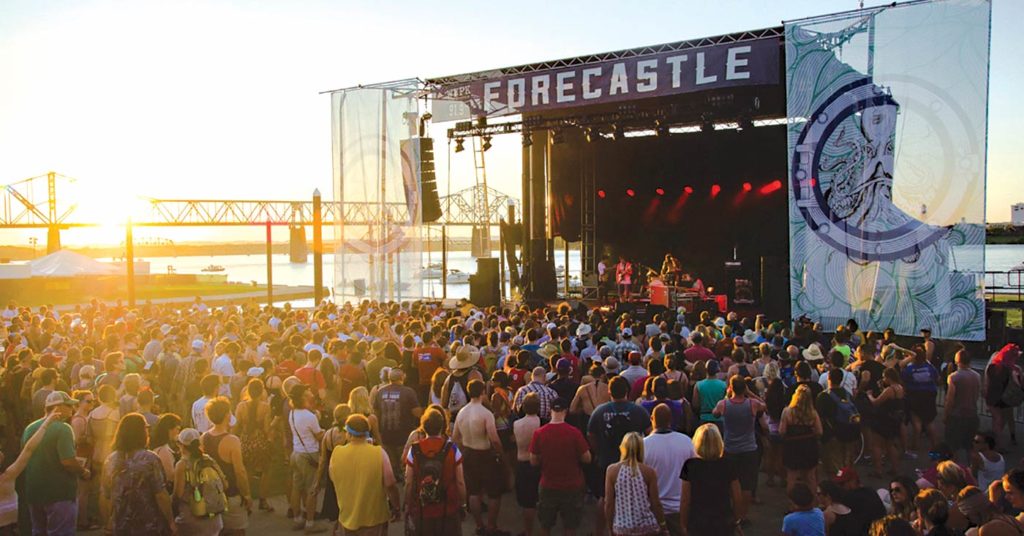 The right headliners might make the price of admission worth it, but finding solid shows earlier in the day at a music festival is the key to getting the most out of your money. The weekend is packed with choices, so here are six bands that perform before 6 p.m. that you shouldn’t miss.

Lucero
Friday  |  5:30 p.m.
Boom Stage
If that Ronda Rousey remake of “Roadhouse” ever does happen, I’d like to go ahead and nominate Lucero to be the house band for the movie. The rowdy, punk-leaning alt-country veterans seem to get baptized with rogue beer cans at every one of their club shows anyway, so their acting classes would have to be minimal. And while they’re a band best seen in that sort of small and wild environment, they also work well as a midday pick-me-up at a festival, as well.

Brent Cobb
Saturday  |  2:30 p.m.
Boom Stage
A breezy and rootsy singer-songwriter, Brent Cobb’s slick Americana is sugary and smart, finding a solid middle ground between pop country and the dark side of folk. Cobb, who also moonlights as a ghostwriter for some of Music Row’s biggest names, can masterfully create easy songs that generally revolve around small-town life, using seemingly autobiographical stories to filter his personal highs and lows into a series of songs that play like after-midnight back porch stories.

Morgan Saint
Saturday  |  3:30 p.m.
Ocean Stage
With brutally-honest, slow-and-steady art-pop, Morgan Saint’s low, melancholy and dreamy music is both incredibly catchy and cutting. Reminiscent of Lana Del Rey, Saint’s music is a reminder of how powerful new-age pop can be. It’s somewhat of an outlier set in a festival dominated by rock and roots music, but it’s one that you should catch. Festivals are about walking into something new and different.

Margo Price
Saturday  |  5:30 p.m.
Boom Stage
The first country artist signed to Jack White’s Third Man Records, Margo Price has had a meteoric rise over the past few years, and deservedly so — her first two full-length records, Midwest Farmer’s Daughter (2016) and All American Made (2017), are two of the best roots albums in the last five years. A vivid storyteller who lines up with the outlaw tradition, Price is a versatile, clever musician who can cover a lot of territory, while still focusing in on a specific sound.

SAINt JHN
Sunday  |  2:45 p.m.
Ocean Stage
Through chilly, soulful hip-hop, SAINt JHN’s music covers long nights and depressed days, chronicling those highs that make you feel invincible, and the lows that make you feel invisible. For wallowing in the melancholy side of the genre, with dives into rhythmic, auto-tune vocals, SAINT JHN has a lot of production range, resulting in melodic, charismatic songs that patch together braggadocio and broken hearts.

White Reaper
Sunday  |  3:30 p.m.
Mast Stage
A punk-leaning garage rock band that channels ‘80s hair metal riffs, White Reaper provides the waves of adrenaline that once ruled radio rock. They’re nostalgic, with clear influences, but not overly so — they’re more like a Frankenstein-version of the Ramones, Cheap Trick, Kiss, The Runaways and the sharper side of pop-punk. But, the band has too much personality to really be anything other than themselves — they’re both visceral and polished, with serious prowess, but an attitude like they’ve never left their first basement show.