By now, the Families Belong Together Rally on June 30 seems like old news. A grasstop organization took it upon itself, once again, to helm a rally in the name of “helping” immigrant communities. By the time the date rolled around, the White House had already backpedaled, saying it would, in fact, keep families together — in concentration camps.

The signs printed off a national website, which calls on white liberals to trod over the work of grassroots organizers, declared that “Families belong together.” They seemed doubly ironic then. That’s what happens when white liberals attempt to lead but fail to truly listen, understand and act on the truths and demands expressed by people fighting for the lives of their families, friends and communities.

The grasstop organization snagged the event from two upstart Louisville do-gooders who’d signed on at a national website, and it immediately changed the location of the protest to City Hall. Black and brown organizers were determined to relocate the rally to the locus of offense and the originally-planned location: the Immigration and Customs Enforcement offices at Seventh Street near Broadway. It’s this same location where Occupy ICE Louisville has now made it through a week and a day, hopefully, by the time of this publication. But that day, black and Latinx leaders called crowds to march away from City Hall, and then proceeded to hold it down at both locations.

The grasstop organization is happy to invite people such as Mayor Greg Fischer to speak like a champion in front of his own office where his lily-livered policy is made. They like the “star power” of the excuse-maker for anti-immigrant and anti-black policies at their podium. They want daddy’s cookies. Their speaker is a man who has to be humiliated into every compassionate move he makes, while talking out of both sides of his mouth in front of a crowd of heat-wrecked, slack-jawed liberals who will never care about the true, fierce and loving advocacy that Louisville’s grassroots organizers deliver, almost without thanks, every single day in the name of freedom and survival.

Mijente Louisville and Black Lives Matter Louisville will not be handing out cookies to the “allies” who take it upon themselves to speak for black, brown and immigrant communities. Radicals will not be mollified by rhetoric so transparently full of shit as Mayor Fischer delivered to the Courier Journal on the day following the rally.

“Sanctuary is a political term,” he said. “Louisville is a city of compassion, a global and welcoming city whose population growth has largely been fueled by internationals … We continue to stand with our foreign-born neighbors while humanely complying with all applicable laws.”

Let’s be clear: There is nothing humane about a man being picked up by ICE for no other reason than that he was a brown-skinned Spanish speaker days before his visa expired, and then held in a federal facility until he was in violation and could be charged and held indefinitely without an attorney.

There is nothing humane about a veteran in a mental crisis being shot 14 times in front of his family who had called the police to help him, and the complacency with which our mayor gave his blessing to Commonwealth Attorney Tim Wine’s determination that the killing was justified.

There is nothing humane about the way Mayor Fischer regards black and brown communities within the Metro. He’s a puppet for larger financial forces that exploit The West End by promising wealth, but then letting big money move in and grab up properties that black people have been redlined out of for decades. Want to rent from another rich white asshole in The West End? Well, you’re in luck. The more things change…

Its members are doing the work of buying and fixing homes to give families born into state-mandated, intergenerational poverty something closer to a fair shake than this city ever will.

The Louisville Metro police harasses homeless people and push them out of whatever communities they are able to cobble together. I guess hungry, weatherbeaten people are just not part of the image your mayor wants to project of a “global and welcoming city.” Too bad he’s not making any moves to find another solution besides letting LMPD sweep folks off to jail and whatever isolated corner they can find.

Your mayor hates the poor. His policy reflects that.

If you agree, you are welcome to demonstrate some compassion and throw some elbow grease at the problem down here at Occupy ICE Louisville. 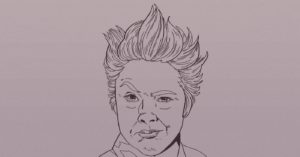