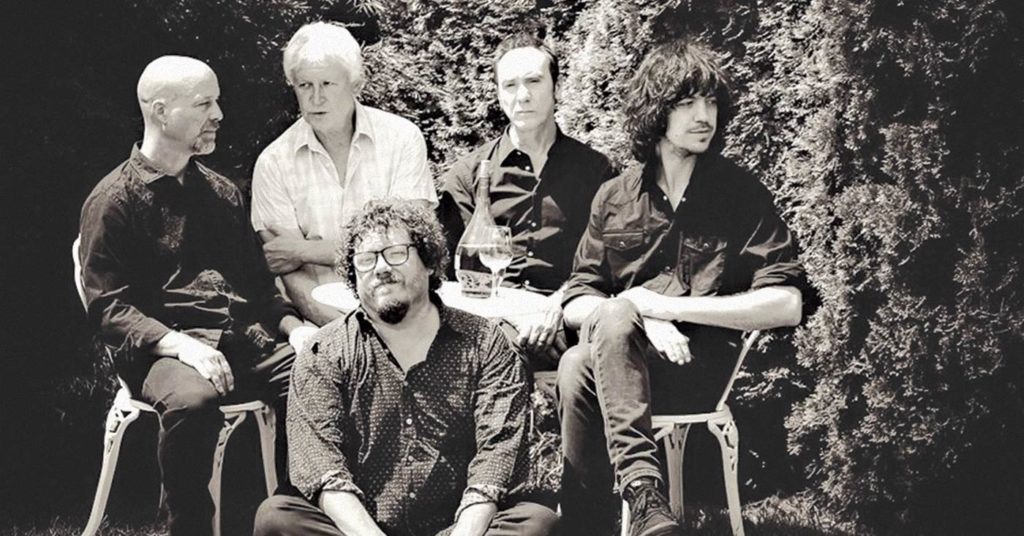 Guided By Voices return to Louisville on July 6 as part of Headliners Music Hall’s 20th anniversary. They’ll be playing their entire new LP, Space Gun, which is the 25th under the GBV name. Bassist Mark Shue gave us a shout to talk about what it’s like being in one of the most productive bands in history.

LEO: You’ve only been in the band now for about two years and there have already been multiple records. How long do you actually get to sit with a song or an album?
Mark Shue: It’s an interesting rhythm that we’ve gotten in where, once it’s in the can we don’t really revisit it until six months to a year later, when the album is released and we’re ready to tour. So we always kinda stay a few steps ahead. As Space Gun was being released, we were working on something that will come out in the future, so we’re sort of always staying one step ahead of whatever album is coming out. It’s always a lot of fun to sort of revisit where you were when the songs were coming together in the recording process, in order to get them together to take them out live.

How many songs are you guys learning for this tour?
The sets are usually around two hours 45 minutes, close to three, so probably about 55 to 60 songs. This particular tour, we’ll be playing Space Gun in its entirety, and a bunch of new surprises as well.

Obviously, you all have more back catalog than anybody could ever get to. So how important is it to pay attention to the history? Are there some obvious songs, hits if you will, that are gonna make it automatically?
Yeah, there’s a few that we tend to, that we never wanna take out of the set because they’re just classics. And then we sort of try to rotate other classics and older songs. Bob is really good about putting together a set list that’s a mix of old and new. We try to keep that fresh every time. And like every time we go out on a tour behind an album, we really change the set from the ground up.

I know the few albums before going into this one, GBV had gotten back to a pretty low-fi sound. That’s not the case with this new record. I mean this sounds really big. Was that the intent?
Yeah. I think with August By Cake, which was a double album, we had so many different layers and textures and approaches going on in the production where some of the songs were a little bit more fleshed out, a little bit more hi-fi, and some of them were pretty low-fi and done pretty quickly. So I think with How You Spell Heaven, we sort of started to get into a place where we were experimenting with a little more polished, more focused sounds. And this record, it just felt like with the nature of the songs, and the nature of the lyrics and the subject matter, I remember getting Bob’s demos for this record, which are just him and an acoustic guitar playing to a boom box and it just sounded epic. It sounded like it wanted to be big.

Is Bob there when you guys actually do the recording?
Sometimes yes, sometimes no. Three-fifths of the band are actually based in the New York area, so it makes things efficient as far as working on albums. We’ll work on most of the music here, record it, flesh it out and then Travis, the engineer and I will go out to Dayton and record the vocals out there and then mix it, and then it’s done. And it’s a good fast way to work. We can keep up with the pace, hopefully.

‘Blink Blink’ is really something different for Bob.
I’m not sure where the song comes from as far as his intent in the writing of it. I know that he’s mentioned with that song, and kind of the album in general, it does have a sort of spacey theme throughout, and it’s got a lot of characters that are introduced, and different concepts that come in and out of the album. Bob really encouraged room to explore new sounds, and kinda get out there a little bit with it.

The speed of this band, it’s amazing. Being a fan of the band is unlike being a fan of any other band that I can think of.
I think it’s infectious. The pace and the fervor that Bob writes with, it’s definitely infectious and it definitely inspires the rest of us all the time. You find yourself just sort of caught up in this beautiful whirlwind of creativity. Before you know it, there’s four albums done. •