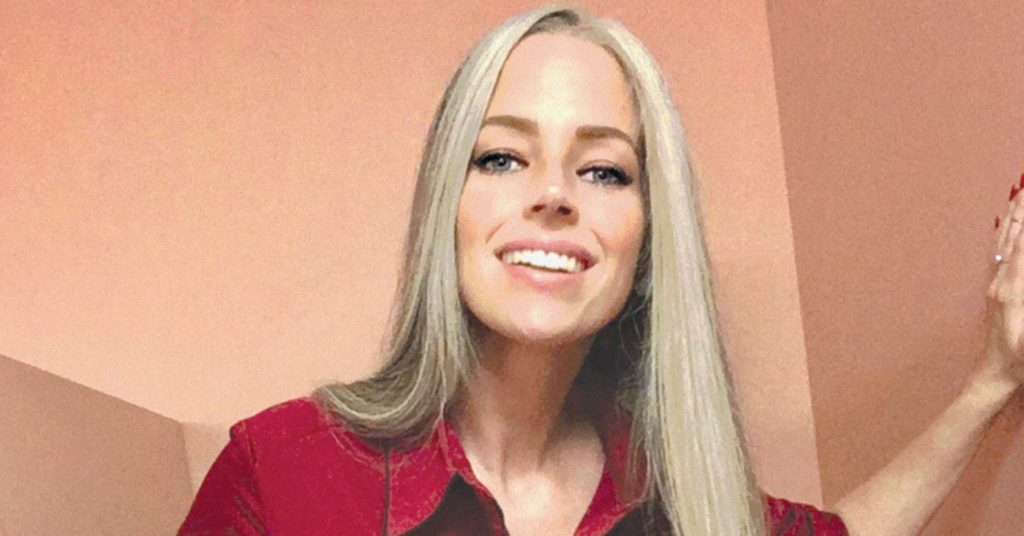 You might know Mandee McKelvey from the monthly storytelling show “We Still Like You,” and as various characters in “The Celebrity Roast” series. This week, she steps into unfamiliar territory, balancing her dark sense of humor with the dramatic ups and downs of her past, when she premieres her first one-woman show “Herself” at The Bard’s Town. “It’s about pretending you’re an adult,” she said, “hoping no one figures out that you have absolutely no idea what’s happening.”

LEO: Being your first one-woman show, are you nervous yet?

Mandee McKelvey: Yeah, the freak-out has begun. I tried some of the stories last week on a friend’s show, and some didn’t work. But it’s my fault. I got really into my own head and was too concerned with digging into every detail of the backstory –— and I forgot to just relax and be in the moment. So yeah, it turns out you can tell a really shitty story if you try hard enough. If you really put your back into it, you can suck the fun out of anything.

Is it hard to balance drama with comedy when you’re writing a show like this?

I love tricking people into laughing at the tragic things that have happened. That really gives me a personal chuckle. You have to find a way to get the light out of it. And if there isn’t a lesson, so what? There often isn’t, I don’t know why people think everything means something. Sometimes awful shit just happens.

How long have you been writing this show?

I started writing it two years ago, but I didn’t know it at the time. I went on the Chicago version of ‘We Still Like You.’ It was the first time somebody said, ‘We want you to tell us a story. If it’s funny, great. If not, it doesn’t matter.’ It just had to be true and steeped in shame. I loved it so much we decided to bring a branch of the show to Louisville. After doing a few of those, I realized that, after 12 years in comedy, storytelling is the most natural thing in the world to me. This is where I shine. Digging into my own gut-wrenching experience, then flipping it on its head and making an ass of myself for the benefit of everyone. Some of my story is hilarious, because you won’t believe someone tripped and fell into their own shit as much as I have.

Do you remember the story you told in Chicago that made you fall in love with storytelling?

I do. [Laughs] If you were going to identify it with a phrase, it would be: a pants-shitting story. A plain, old pants-shitting story. You’ve seen me — obviously, I don’t look like a shit-in-your-pants kind of girl. I try to look very femme, dolled up and pulled together. Or at least act like it. So when I tell the events around the shitting, I try to paint a picture of the stress at work, the stress at home, all of the things that led up to this disgusting, bodily foul-up.

What was your first joke?

I came to Louisville for grad school, and I convinced my boyfriend to move here with me. Within a year, he got cancer and died. All of this is in my show, by the way… it’s hilarious! The first joke I told was about him, which I know sounds like the opposite of funny, but it’s the only way to cope that I know.

Clearly, your sense of humor is smart, but also tends to be a little dark.

Yeah. I don’t aim for it, I don’t even really know I’m being dark until I look around and notice the looks on people’s faces. Sometimes I freak people out because I’m so casual when I talk about the most horrendous aspects of life. But that also comes with having been a therapist for 15 years. I’ve dealt with depression and suicidal ideation since puberty. I’ve seen a lot of death, I’ve had a lot of trauma, and it seems weird that I would walk around and pretend that all of that isn’t a part of my day.

Were any of these stories hard to write?

Yep. Absolutely. I grew up in this tiny, rusted-out town in South Carolina. It was like the town in ‘Sling Blade.’ And I have always been scared that people might judge my parents for the inappropriate, nutty shit I was taught as a child. Because my parents are incredible, and they did the best they could. I didn’t want people to view them as ignorant hicks. Well, they are ignorant hicks, but they’re the best of them. They’re all heart.