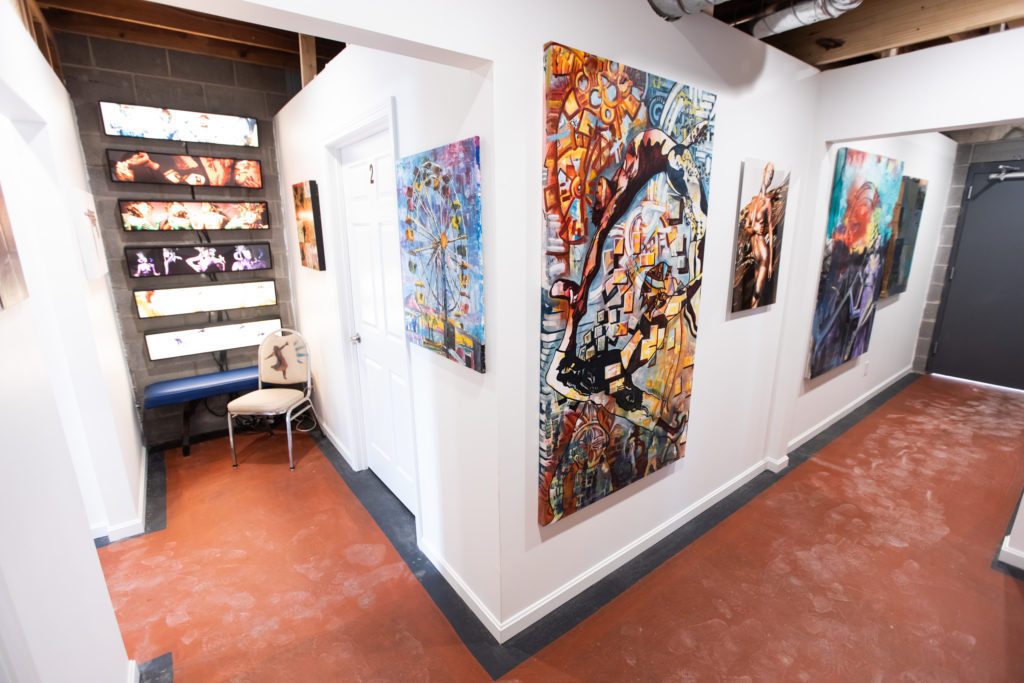 The Tim Faulkner Gallery has evolved and thrived over  nearly a decade, and now it has found itself a new home. After several venue changes, co-owners Tim Faulkner and Margaret Archambault have discovered what they anticipate to be the gallery’s final location. The space at 991 Logan St. features nearly-filled studio spaces, a gallery, a bar and a tasting room, as well as outdoor areas that can be used for music.

The grand opening is set for Aug. 17.

Faulkner and Archambault said they decided to move the Tim Faulkner Gallery because they wanted to redirect its main focus back to how the gallery began — as a space to showcase art and bring together creatives.

“These next 10 years, the focus really is the art,” said Archambault.

While the Portland location saw great success, Archambault said, it ultimately became about the events rather than the art.

“I never tried to be an event planner … It’s not really what we were setting out to do,” said Archambault.

So when TFG turned 10 and the lease was up on the Portland location, Faulkner and Archambault looked to move, they said.

“The gallery’s always been kind of an ongoing project, and we just felt like it was time to evolve and do something different,” said Faulkner.

A friend recommended the new location. “He saw the potential it had without even coming in,” said Faulkner.

The building is smaller, but the co-owners said this makes the gallery much more intimate. Archambault said the smaller location gives her and Faulkner, both of them artists with studios in the new building, the time that they didn’t have in Portland to actually be artists.

“That’s what kind of got lost over there in Portland; it was just too big, and bigger isn’t always better is the motto here,” said Archambault.

The pair’s back-to-basics vision includes white walls, a first for TFG, to put a definitive focus on the art itself. And they said the closeness of the studios to each other gives a real sense of community for its artists. “This is what we’re fighting for,” said Faulkner, “and this is what we’re working for. This is how we’ll all move forward together and that’s what it’s always been about.”