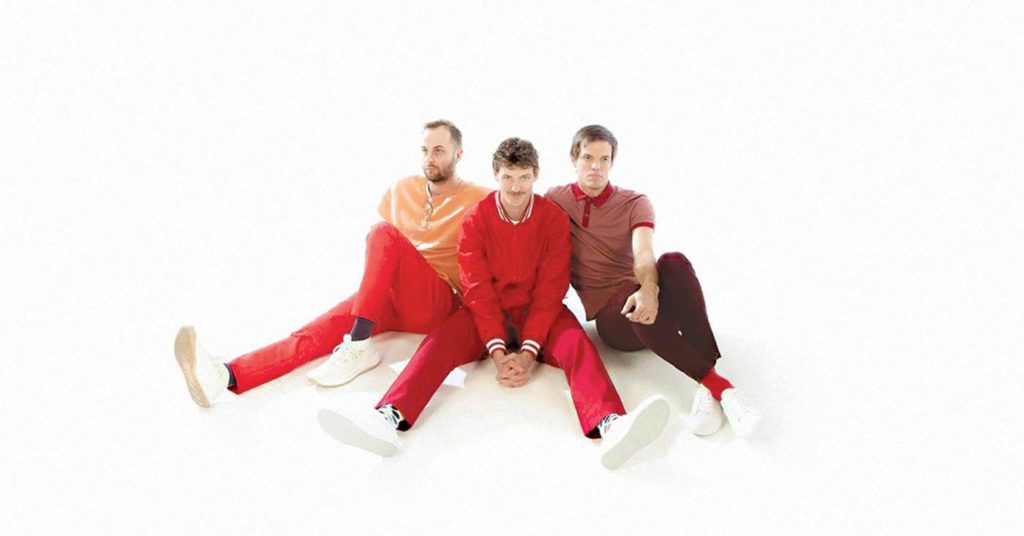 Before the August release of their latest album, Golden Age, and a subsequent national tour, Houndmouth finds comfort in being in their hometown, as they gear up for a Saturday evening set at Forecastle.

“It was the first festival we ever played,” singer Matt Myers says of 2012’s Forecastle. “It was kind of our introduction to that world. Usually you show up and it’ll be in a secluded area of town that you’ve never really seen, so it’s nice to be familiar with everything and see the huge draw come to the place where you’re from. Just the fact that we’re playing in Louisville is a very special thing and it will always be a special thing for us. It’s where we got our first bit of attention and people seem to really care.”

While Forecastle goers can certainly expect to hear a heavy dose of Golden Age (out Friday, August 3), Houndmouth will be playing from the full breadth of their catalog.

“We’ve been touring and playing most of the new songs from the new record and they’ve been going over well live, but we’ve been playing old stuff, too,” Myers said. “It’s interesting though trying to do the new songs live because they’re so dense on the record. So, it’s about picking out parts and trying to replicate them, but also trying to just replicate the album live. We’ve always been the kind of band that makes sure there’s a separation between recordings and playing live. I feel like it’s much better to have a little bit more freedom live and kind of move around a little bit. It keeps it loose and fun.”

Golden Age will be Houndmouth’s first full-length album since the departure of singer/keyboardist Katie Toupin, but there have also been additions to the live shows.

“We’ve had a bit of an instrumentation change,” Myers said. “We’ve been touring with a seven-piece group right now. We got another guitar player and keyboard player. And two saxophone players. You can never have enough saxophone.”

Myers has also landed some extra work as part of Sunday’s bill with Louisville Orchestra conductor Teddy Abrams, who asked him to be a part of the annual Teddy Abrams & Friends set on the restructured Port Stage (more details on the Port Stage changes on page 10).

“I’m going to do several songs,” Myers said. While mostly tight-lipped about the details, I did manage to coax a kernel of information from him. “I’m going to be doing ‘Motion Pictures’ by Neil Young. And a couple more that I don’t want to say. But I think I can throw that one out.”

Oh, and for those Houndmouth fans who either aren’t braving Forecastle or can’t wait until their Saturday stage time, rejoice. Myers said that the band will be playing a “surprise” show at Headliners on Thursday, July 12, the day before Forecastle officially kicks off. “That’s all I can say,” Myers says, still in cryptic mode. So, in other words, any eager fans should be on the lookout for more details.