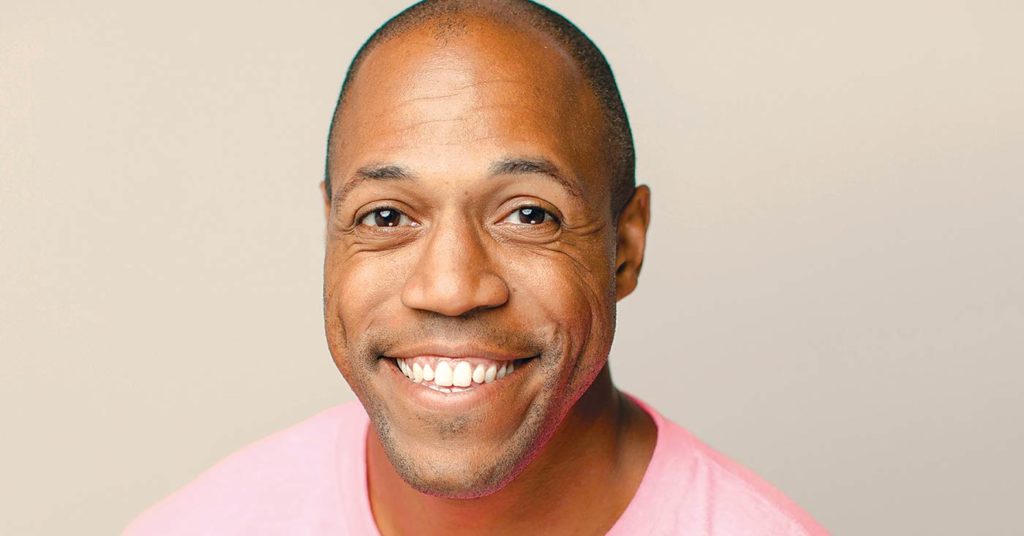 When comedian Dwight Simmons was coming up and performing in small clubs in Indiana, he might have been the only black person in the room. “So it felt like high school again. I felt comfortable because I’d already had that experience,” he said. Simmons is on tour honing material for a new album he will record next month. He will be at Kaiju this week for one night only.

LEO: Let’s start with your web series ‘BrewTube.’ How did that come to be?

I got into drinking beer a couple of years ago. I loved finding out what and why they were what they were. Learning recipes and all of that stuff. Then I went to Atlanta and did a show in the SweetWater Brewery. After that is when I decided I wanted to do my own thing, I thought it would be cool to watch a travel show that included comedy and beer. Because who doesn’t want a gig where you drink while you work?

What comes to mind when you think of coming back to Louisville?

I really like the vibe of Germantown. I’ve had a chance to spend time walking around there, and it seems up-and-coming but still has an old-school feel to it. I don’t know why I enjoy neighborhoods like that. It seems like it’s in those last few exciting moments of cool before gentrification comes in and ruins everything. I’m kidding, but it really is an awesome neighborhood.

Being a beer guy, did they introduce you to bourbon while you were here?

I went to Against the Grain, I love their beer so much. But yeah, since I am such a beer guy, I think I’m going to make a special effort to bourbon it up on this trip.

It wouldn’t be the first time!

Growing up in Indiana, do you look back as being a happy kid?

I was a pretty happy kid. Everyone has their difficulties. I grew up in a predominantly-white neighborhood, which meant an all-white school. So, a minority in that aspect was difficult. But it helped me be secure in my identity and who I was as a person. Navigating the dynamic of not looking like everyone else and figuring out where I fit in. But I had friends and stuff. It’s not like I was an outcast or anything. And, even then, there was nothing I loved as much as making people laugh.

Do you remember the first time you did stand-up in front of a real audience?

It was actually a talent show in high school. I remember they had a local news anchor host the show. After my set, he was very kind and said nice things, but I’m sure if I went back and watched a tape of that, I would vomit.

Obviously, the more time a comedian spends onstage the better you get. But doesn’t a comic’s material naturally get better with age? I mean, in high school what life experience do you have beyond trying to hide a boner?

Yeah, in high school you’re just doing an impression of someone who has lived a life. Or at best, your favorite comic. You don’t have anything to talk about. People relate to shared experiences; so yeah, the only way to get better is to get older, grow-up and have those experiences.

All comics have stories of bad shows.

Oh yeah. I started on the road hitting these little rural Indiana towns, where I was the only black person in the room. So it felt like high school again. I felt comfortable because I’d already had that experience. It wasn’t my first rodeo.

Is there one that stands out as the worst?

There was one in Salem, Indiana. We got there and there were no people. I mean zero. Not one single person showed up. The manager who booked us refused to pay unless we performed for a room with no people in it. Let me say that again — it was a performance for no people. That was terrible. It was a long two-and-a-half hour drive home — thinking, ‘What the hell am I doing with my life?’ •