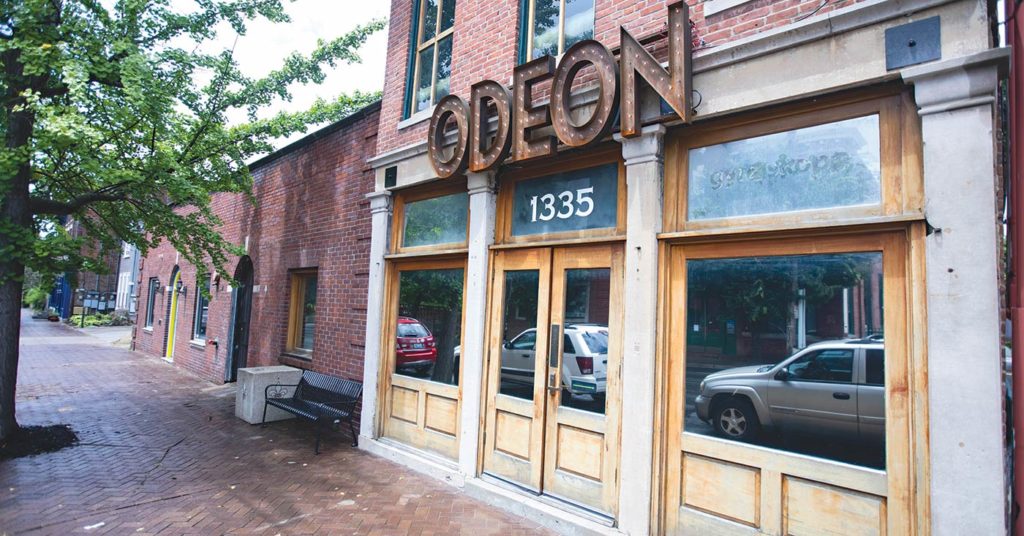 They’re long gone, and the music scene here has shifted in the time since those spots, along with others, enjoyed their heydays as go-to venues for all the best shows. But a new crop of venues has arisen of late, with others in the works, adding more options to an already-vibrant scene that includes the Louisville Palace, Headliners Music Hall, Zanzabar and Kaiju, among numerous others

Interestingly, three of the new venues exist in familiar locations: Odeon, in the former Butchertown Pub space; The Bourbon Hall, where Coyote’s once operated and Nirvana, in the former Tewligan’s Tavern spot.

In a way, Louisville is seeing an embarrassment of riches with these additions. Many believe the city is primed and ready for more concert halls, which is why Gravely co-owner, Nathaniel Gravely, a music business veteran, decided to launch his brewing company/venue hybrid here.

“Louisville is a bigger city than most people realize,” he said. “To me, music venues are always about product quality. It’s about what you can offer the customer. I feel like there’s a lot of room in Louisville for more quality venues of various sizes.”

Billy Hardison of Production Simple believes the growth is warranted so long as venues fill a niche, both in terms of size, focus and diversity of revenue streams. He said one issue might be disposable income for patrons going out to see music events on a regular basis — and summer could be tough for indoor venues since there is always so much to do outdoors.

“Lord knows there is enough awesome local music out there,” he said. “There are probably enough people, but do they have the dollars to get out to support it? We may be on a bubble that might break out and explode, or maybe a bunch of shutters will close.”

‘We played here, I have memories’

Yogesh Pal, owner of Nirvana, said that not long after Nirvana opened, he was gifted an undated, black-and-white photo of people lined up down the sidewalk on Bardstown Road to get into Tewligan’s, the venerable punk and new-wave venue that once called his building home, which provided some inspiration.

“There was history with that building,” Pal said, noting that he had been looking for a place to launch a live music venue in The Highlands for some time, before the often-troubled Cahoots closed and the space became available.

“When I took over, a lot of people from that generation were very happy to see something coming there,” Pal said. “I do get lot of bands who say, ‘We played here, I have memories.’”

He said hearing about this history and, particularly, seeing that photo inspired him.

“So, I invested more money into a sound system and building a bigger stage,” Pal said.

The stage is up front, giving revelers on the street a full view of what’s inside and the space is now warm and inviting. The venue recently hosted a Nirvana Derby Fest with American Young, Doppelganger and more, not to mention an album release with Planetary Overdrive and a show from local punk-rock favorites GRLwood. There are shows booked all the way into the fall.

One of the newer venues has been around nearly a year, but initially focused on operations. That said, Gravely Brewing Co. was designed from the word go to be part brewery, part music venue, with a top-end sound system and a music theme right down to beer names that pay tribute to specific artists and songs.

The venue hosted its first event on New Year’s Eve and Nathaniel Gravely ramped up the schedule for summer, with several touring acts, such as Tyler Childers, who performed a benefit show June 28 for the defense fund for Johnny Boone, leader of a sprawling marijuana operation called the “Cornbread Mafia. Gravely is also the new location of the Seven Sense Festival, which will take place Aug. 10 and 11. The indoor venue holds about 400 and the room is designed for optimal sound.

Asked how much went into the PA system, Gravely said, “A good chunk of money. Every bit of six figures — and it sounds like it. I hear it from the artists; they like how they hear themselves.”

Odeon opened in late May with a well-received show featuring Ben Sollee, Daniel Martin Moore and Mark Charles Heidinger, in an environment that offers hints of its predecessor, Butchertown Pub, but now with the feel of an upscale lounge.

And The Bourbon Hall, formerly Coyote’s, is festooned in more than 150 bourbon barrels, floors that look like flowing bourbon and even a a pair of Plexiglas walls that are, literally, filled with bourbon. How much?

“Oh my gosh,” said co-owner Russ Renbarger. “They probably diluted it a little, but they must have poured 500 half-gallon bottles of Kentucky Tavern into those things.”

Whereas Coyote’s was a nightclub that held concerts, The Bourbon Hall will be a dedicated mixed-use venue that might host a touring band one night and a special event the next. Bourbon Hall can accommodate crowds of up to 2,000, with an added 100-person VIP area, making it one of the larger rooms around for all types of events.

Still, music will be the focus, with a Thursday Night Jazz Kitchen series which started in July (Spyro Gyra performed) and a New Faces of Country Music series, which kicked off July 21 with Willie Nelson’s granddaughter, Raelynn Nelson.

“We want to reopen the music highway to Nashville,” Renbarger said, noting that country stars like Garth Brooks, Luke Bryan and “The Voice” star Blake Shelton all played early-in-their-career shows in Louisville. “But we’re open to any genre of music. We don’t discriminate.”

Paristown Pointe has been the talk of the town for some time and part of the plan for that multi-use project is a $12 million performance venue under the direction of the Kentucky Center, which Mayor Greg Fischer has referred to as “world-class.”

Mike Porto, vice president of marketing and communications for the Kentucky Center, said the venue will accommodate roughly 2,000 people, with up to a maximum of about 2,400 when outdoor and VIP areas are utilized.

That venue will be general admission and will feature a wide range of performances, from touring bands to classical performances. That one might not cater to local bands, but it’s another draw for acts on the road who might otherwise pass through Louisville without stopping.

Production Simple’s Hardison said the venue fills a void for a venue of that size in Louisville, one that will open up the city to touring acts who previously would not have had a place to play here — and that’s the whole point. Production Simple will help the Kentucky Center to bring contemporary music to the space.

“It will be over twice as big as Mercury Ballroom and almost three times as big as Headliners,” Hardison said. “A lot of these artists are looking for a general admission scenario.”

Porto said the goal is to do about 60 concerts per year, with the first happening in late spring or early summer 2019, as well as special events with the Louisville Orchestra, the Kentucky Opera and community organizations.