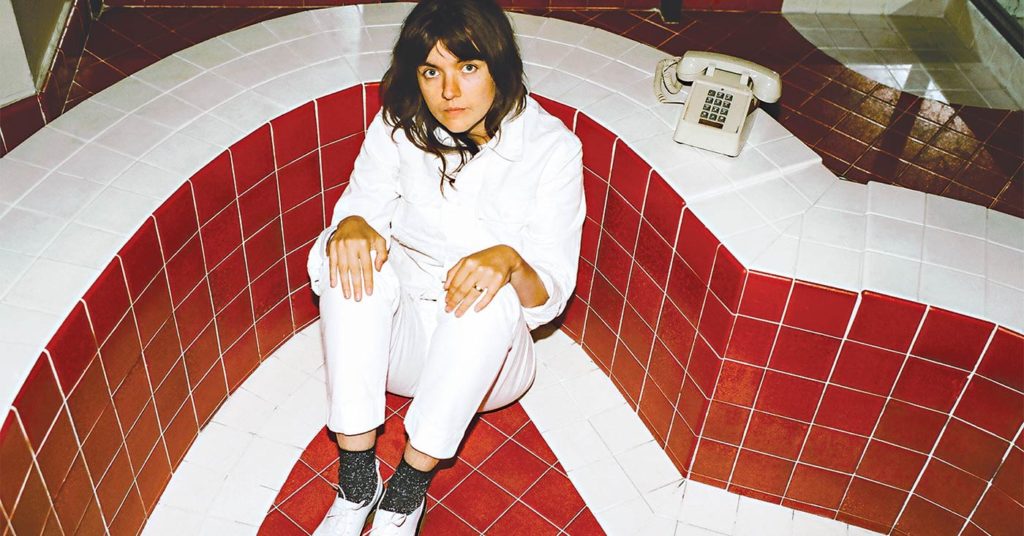 After being crowned a new voice for this generation thanks to her observational wordplay on 2015’s Sometimes I Sit And Think, And Sometimes I Just Sit, Courtney Barnett took a bit of time to find the words for the follow-up, this year’s Tell Me How You Really Feel. It’s a record that mirrors the bigger conversations of our current era, and one that she’ll bring to Forecastle’s Boom Stage on Sunday.

The lead single ‘Nameless, Faceless’ hits on a big topic. Was there one incident that sparked it?
I think it’s just an ongoing incident. Ongoing news and ongoing death, and you know, feeling unsafe. It’s just a conversation that I’m constantly having with friends and never quite understanding where the hatred and the violence comes from.

With everything that is happening, the incidents and the conversations and the movements, was it a challenge for you to figure out how to put that into some type of lyrical poetry?
I struggle with that sometimes, because it’s hard to not sound too didactic and preachy about things. All I can really express is my thoughts and feelings and reflections of the world around me. I try to find the positive in things or sometimes kind of err on sarcasm or dark humor. Sometimes that doesn’t serve the topic, because it might undermine it. It’s a strange balance, you know?

There always seem to be political parallels, or at least comparisons, with the U.S. and Australia. How caught up in the American politics do you get as someone who lives very far away but spends a lot of time here?
I think you can’t not be involved. It’s really strange when I see comments, when non-Americans comment on things and people are like, ‘You aren’t even from here so you’ve got no right to talk about it.’ But I think they do, everyone does, because a lot of that stuff affects everyone, and no one wants to see or feel that suffering. So I remember friends, when everyone was in an uproar about your latest election, and they were like, ‘It doesn’t affect us, he’s not our president.’ But it does affect everyone, because you know, he ruins people’s lives. People with any sort of heart or emotion can feel that. I think it affects everyone.

Does that tie in with the lead-off track, ‘Hopefulessness?’
I think that word kind of made itself up. The struggle of feeling hopeless, but wanting to be hopeful. That real push and pull between the two. I think the natural reaction of hopelessness, it’s just there, and quite easy to give into. It’s harder to be hopeful and to be positive and to actually engage in positive anything. Any kind of fight or change or, it’s a whole different kind of change or level of energy. And the feel to give into how terrible everything is is so much easier. And then you can be like, well, I told you it was terrible, so here we are, living in this terrible world. But I don’t know, I have faith that there’s enough good people, if all the good people did good things, then they would overshadow the bad people, maybe.