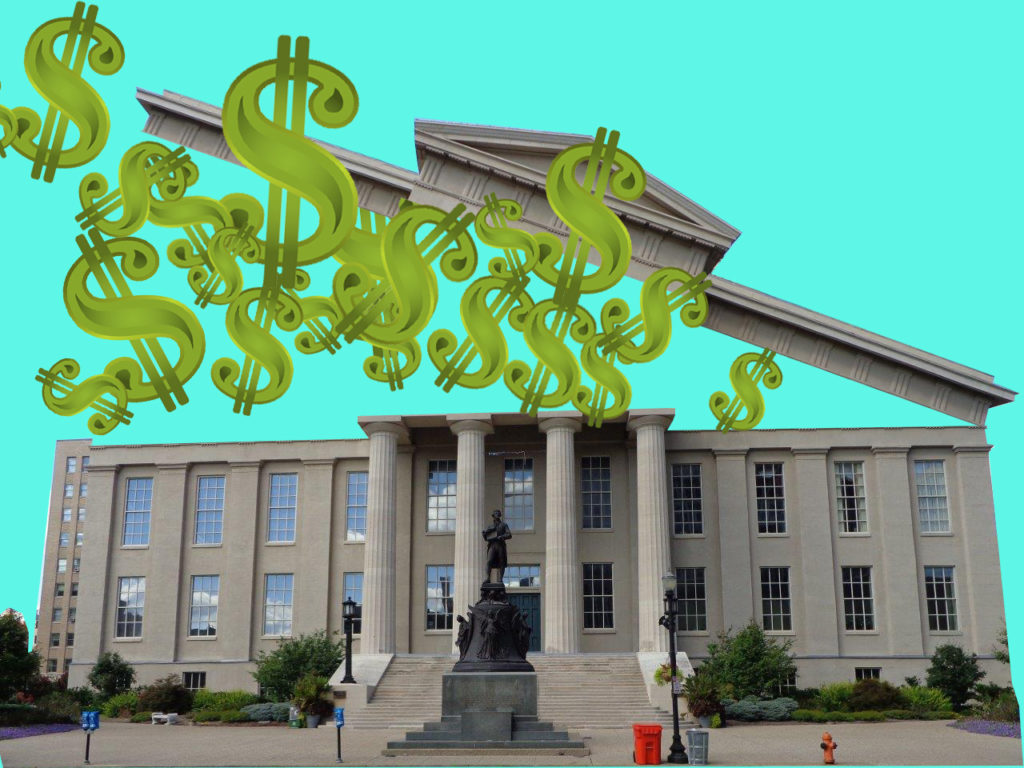 Call it petty, or call it politics, but the Louisville Metro Council managed to easily pass a 2018-19 operating budget and capital budget, despite the objection of the mayor’s Republican opponent in November.

The good news for all of us is that the budget calls for no new taxes or increase in taxes, and it seems to include money for quality-of-life issues, and not just for Highlands hipsters (More on that later).

What the vote brought into high relief is the partisan divide that is widening in the run-up to the mayoral race. Councilwoman Angela Leet, who represents the 7th District (think well-heeled Indian Hills Trail, Mockingbird Valley Road and Country Club Road) and is the GOP nominee for mayor, was one of three (all Republicans) to vote against the operating budget.

She had not voted against Mayor Greg Fischer’s budgets before during her previous three years in office, Courier Journal reported, but she claimed her vote this time was not tied to her campaign for mayor.

Her denial of politicking didn’t stop her from backhanding him in her statement on the budget:

“I commend my colleagues on the Louisville Metro Council as this is a better budget than what was originally sent to us by the Mayor. While there are a number of improvements made to increase accountability and transparency, this budget failed to go far enough,” she wrote.

Leet said she voted against the budget because, she claimed, it failed to address the deteriorating police headquarters, add “first responders,” solve jail crowding, “aggressively address issues like drug addiction and mental health” and “do enough to make our community more economically competitive.”

But Leet also failed… to answer a CJ reporter’s question about specifically what she proposed to make the budget better. “We definitely improved on what the mayor sent over with my colleagues, but it wasn’t enough in my opinion,” she said.

Councilman Bill Hollander, the Budget Committee chairman and a Democrat from the 9th District (think Brownsboro Road, Frankfort Avenue and Stilz Avenue), didn’t let Leet hide. He tweeted: “The way you change the budget is by offering amendments and garnering support for them from colleagues. Several members did that. @CWAngelaLeet didn’t.”

In contrast to Leet, fellow Republican and vice chairman of the Budget Committee, Councilman Kevin Kramer, 11th District (think Jeffersontown and Six Mile Lane) voted for the budget. He told CJ the panel made sure the next budget would address the police headquarters.

Now… to the details.

According to the city, budget highlights include that it:

—Provides more money for parks: $200,000 for Phase III of Charlie Vettiner Park; $75,000 to be matched by the Louisville Parks Foundation for soccer fields at William Harrison and Wyandotte Parks; and $50,000 for Quail Chase Golf Course

—Provides $1 million for the Living Room program, which diverts people from jail and emergency rooms to get help for mental illness or substance abuse

—Adds $50,000 for the Waterfront Development Corp., bringing Metro’s contribution to slightly more than $1 million, for the operating deficit and to increase park restroom cleaning