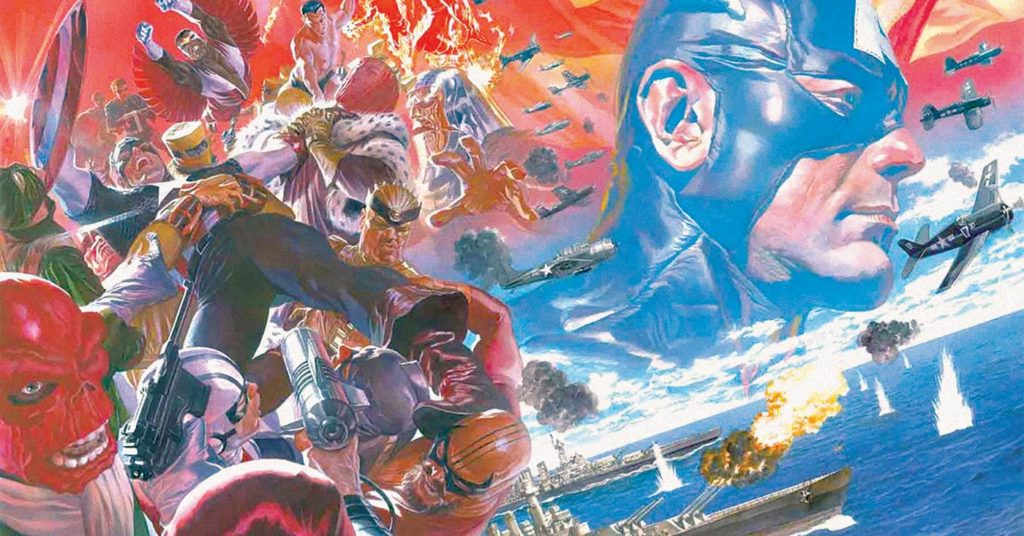 BETWEEN FAMILIES being separated at the border, a government that seems to care more about social media than governing and the fact that less than a year ago Captain America was essentially a Nazi, Ta-Nehisi Coates has his work cut out for him. The character just doesn’t seem necessary right now. But early on in “Captain America” No. 1, we see that he is, now more than ever.

Coates’ writing in both books and essays combine the frustration we all feel with empathy, and frames current events in the broad scope of history. Captain America would seem to be the perfect comic for him, but I was still skeptical. I just didn’t want a Captain America book. I thought maybe he should just go away for a couple years and, when things are less embarrassing, he can make his triumphant return.

Coates and artist Leinil Francis Yu dissolve any skepticism immediately. This Steve Rogers is at once proud to be an emblem of the American Dream, and greatly burdened by the weight of how that dream has been bastardized. He fights a group of men with American flag face paint in this first issue (you can easily imagine them owning MAGA hats), and has to deal with the fact that his enemies also see themselves as representative of his country.

Like the best superhero stories, this is shaping up to be an epic in which Captain America can’t punch his way to victory. No. 1 was released on July 4 (of course), with No. 2 coming on Aug. 1. 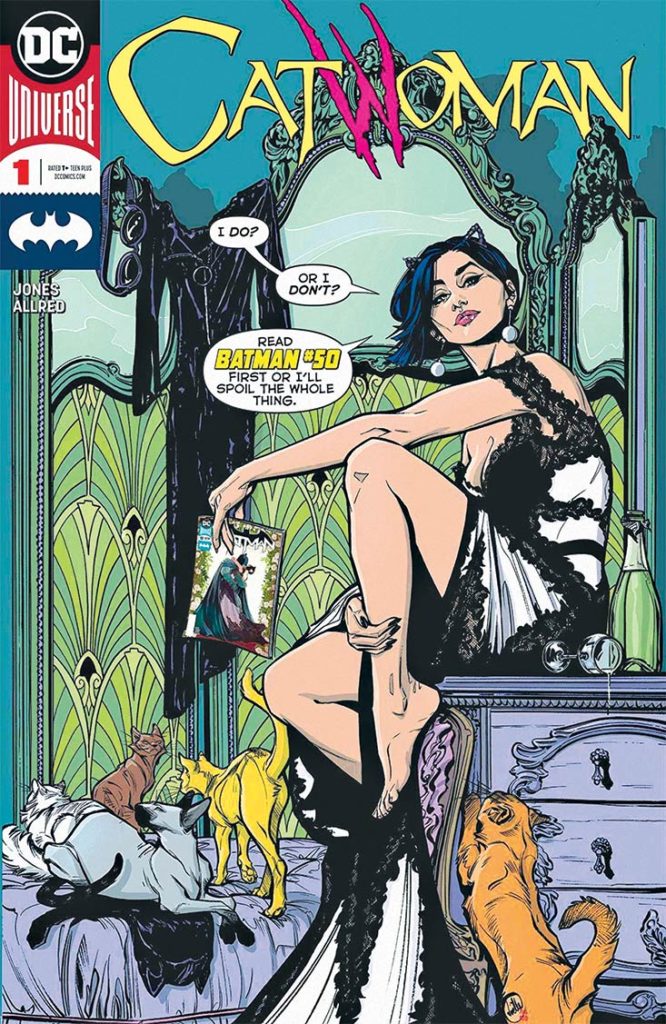 SELINA KYLE is a week out from leaving Bruce Wayne at the altar, and she’s apparently spent that time gambling and suffering from insomnia. Oh yeah, and having the police come after her because Catwoman has murdered two officers. Well, kind of. It’s actually a copy cat (get it?), and they’re ruining Kyle’s already-questionable reputation.

It’s not as if the law coming after Selina is anything new; at worst she’s a criminal, and, at best, an antihero. The idea of an imposter Catwoman isn’t exactly unheard of, either, but Joëlle Jones, who writes and draws the book, adds in enough new twists and details that the story remains fresh and engaging. There are a handful of plot threads woven throughout the issue that are obviously meant to set up for the long-term, and we also meet a number of supporting characters who will clearly remain important in the future.

The fact that Jones is writing and drawing the book means there are twice as many things for me to praise her for, and I’m happy to do it. She does so much with body language and facial expressions, and with her doing both writing and art, she can add details that are usually lost between a writer and an artist.

I hate the idea of people skipping over this issue because they’re upset about the events of “Batman” No. 50, because “Catwoman” No. 1 is phenomenal and it deserves a fair shake. It’s setting up not only a fun story arc but a fun series in general, and Jones’ work, as always, deserves your attention. Issue No. 1 came out July 4 with issue No. 2 following on Aug. 2