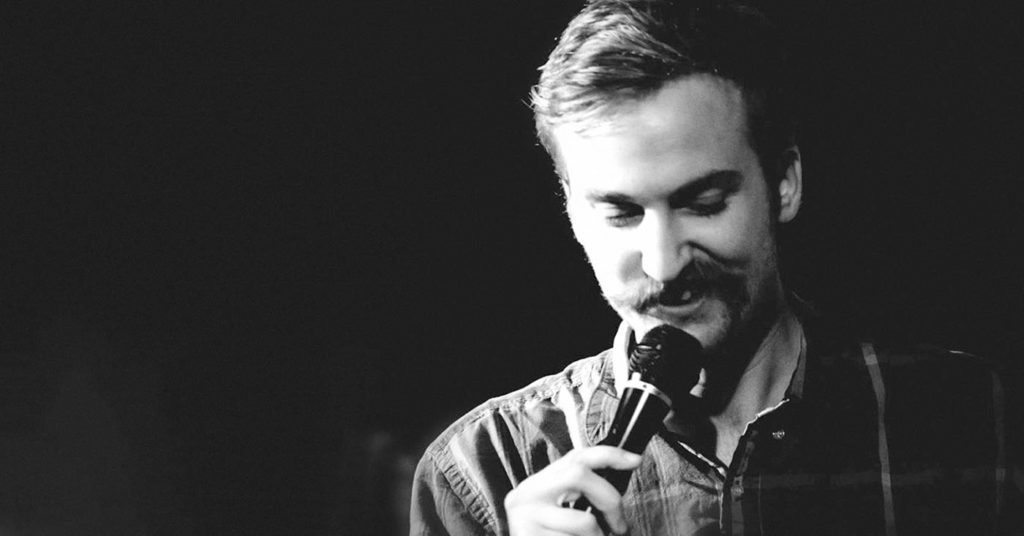 Below is Brent Owen’s exploration of why Louisville’s comedy scene has moved away from clubs into an alt-comedy network of bars, galleries, people’s basements and anywhere with a mic. Also, make sure to read Creig Ewing’s take on why comedy is hard work.

Driving this revolution were rifts between comics and club owners and an explosion of comedy outside of just stand-up to include story telling, improv and roasts.

Here is how we got to where we are.

For over two decades, the comedy scene revolved around Comedy Caravan in the Mid-City Mall. The club flourished under owner and comedy industry legend Tom Sobel, who was also one of the largest booking agents in the Midwest. He was instrumental in the careers of comedy legends such as Sinbad, Jay Leno and Steve Harvey, to name a few. For up-and-coming comics, securing a spot on Comedy Caravan’s stage also secured them a spot on stages across the country. By 2009, Sobel no longer wanted the day-to-day grind, so he sold the club.

The new owner, Darrell Holladay, caused friction with local comics for reasons including that he was booking himself instead of comics. Some were frustrated by what they considered censorship. Holladay often warned comics to clean up their acts.

Holladay told LEO he makes no apologies for how he ran the club. “If the club hires you to perform in their club, it is the club’s discretion how open or how uncensored the material is, based on what we know about our audience,” he said. “And if there is a request by the club owner, I believe a comedian in his or her professionalism should be able to honor them and still do their set onstage.”

Holladay said his goal was to “put butts in the seat, provide a good product and a service — and your goal is to make a profit” and that he booked himself to fill holes or “if we had a week with a light crowd and the dollars were pushed short and I saw a place where I could fill in to keep the cost down for that week.”

Comedian Raanan Hershberg was one of the first comics to push away from the club. He said he recalled a “dumb rule” in which open-mic shows with fewer 25 customers were canceled. “And one night there were, like, 22 people in the audience, who all came out and paid, and they canceled the show. I stood there watching him refund all of this money to these people who came out to see a show, and I just got so mad. I thought, I need to get involved and do my own thing.”

Hershberg began booking his own shows at The Bard’s Town. “At The Bard’s Town, you could do whatever you wanted, and the owners didn’t get in your way,” Hershberg said. “They’re theater people, they aren’t going to put you in a situation where you’re being told what to do.”

By 2013, local comics increasingly were booking shows in unconventional venues — comic book stores, bars and art galleries. There wasn’t a room they wouldn’t play. They were free to explore abstract and theatrical sides of comedy. One moment of untethered inspiration spawned the “Celebrity Roast” series, now a comedy staple.

Initially, comics were excited when the club sold again, to comedy veteran Steve Hofstetter, who promised to reestablish the club as the center of Louisville’s comedy scene. He announced a program that would help comics get booked on professional gigs by letting them host for an entire weekend, with the intention of teaching them. In the program they were asked to perform unpaid, which rankled some comics.

Excitement waned, and local comics stayed way. “I think their intention was to build an exclusive family,” said comedian Dan Alten, who later would host a Monday night show at Silver Dollar. “In doing that they pushed everyone away.”

Hofstetter told LEO: “Our intention was always to save a dying club — a club that I had a huge personal affinity for.” He said he doubled attendance and brought in national acts. “Unfortunately, there are only 52 weeks a year — and only so much room for each comedian to work. I can understand why someone who was not getting booked had a problem with how we did things. I have nothing but love for the comedy scene in Louisville, and still count a number of Louisville comedians as my close friends.”

In January 2017, Diannea Comstock, a bartender who had worked under the three previous owners, bought the club and changed the name to The Caravan. Many exiled comics have returned. “The club is a pretty welcoming place these days,” said Alten. Comstock has managed to rebuild a creative and nurturing environment, while embracing their desire to work in independent, alternative venues around town.

“I think a good comedy scene should have several different avenues,” comedian Emilie Strange said. She was an early contributor to Kaijuesday, a regular show held at Kaiju in Germantown. “Nobody is ever going to get good at stand-up by just doing [alternative] rooms. You need the club experience to get good at stand-up. But the alt scene can supplement your creativity and your ability to perform in different circumstances. They can really work together to build a complete artist.”

Comedy Showcase every other Thursday
Butchertown Pizza Hall
1301 Story Ave
butchertownpizzahall.com
Louisville is Funny Live! every second Friday; We Still Like You every last Thursday; comedy showcases every other Sunday