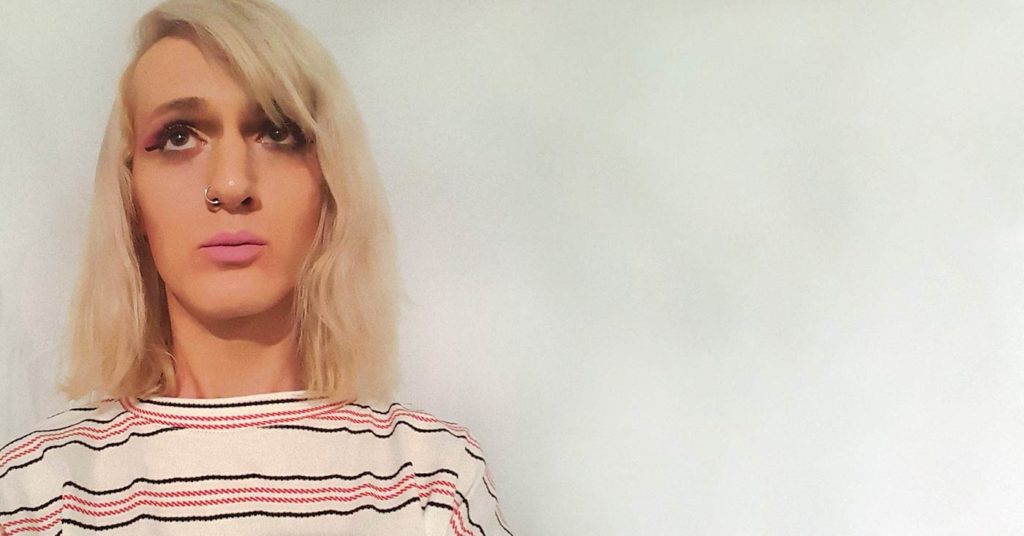 Starting off in metal and punk bands, Elysia Jade Swigart eventually developed her own brand of electronic music and hip-hop under the name Cave DWLR. Her music is hyper-kinetic, using anime, television and video games as source material, which colors her sound into something that’s both nostalgic and fresh. Swigart recently joined the Spinsters Union of Louisville, a collective focused on empowering women and gender non-conforming DJs and producers. It was through that relationship that helped Swigart land her upcoming spot at Forecastle, where she is performing sets in Party Cove on Friday and Sunday.

LEO: How did you join the Spinsters Union?
Elysia Jade Swigart: I had three or four people come into my work or message me and tell me about it. They asked me to come to one and check it out. I like what they’re doing. They’ve done a lot to create spaces for female and queer people to perform and their audiences to come out and feel safe. I like the unity and solidarity of that.

As a member of the trans community, how has your identity been received in the hip-hop community?
I haven’t had anything happen to my face. I’m blessed for that. My friends and people I’ve worked with in the past have been extremely supportive. I’m sure there are people that feel uncomfortable. I think that it’s how much people know and are educated about trans issues and culture. I think that’s why hip-hop music might be homophobic and shit. I think the best way to fight that is to work with more queer artists.

I think younger people are a little more open-minded and that’s cool to me. But queer people can have braggadocio too. They can embrace those core elements of what hip-hop is and do it their own way. When I’m working with other artists, unless they’re being homophobic, I try to understand that everyone’s journey is different. There is a lot to be said for a lot of other people’s journeys. In that respect, I feel blessed to be a part of that.

Speaking of identity, I understand that you’re changing your stage name after your last performance under the Cave DWLR moniker at Forecastle. Tell us about Yuri Bae. What prompted that change?
Cave DWLR came about when I felt isolated and kind of in a dark place. I honestly got to a place where I felt like it no longer represented me. Yuri is a [genre] of, I think Japanese —I knew about it from manga — that is about girl love. Bae is just the acronym for ‘before all else.’ I’ve been putting video game and anime and TV references in my music a lot. I wanted something a lot more queer-forward. I wanted to get rid of Cave DWLR. I’m excited.