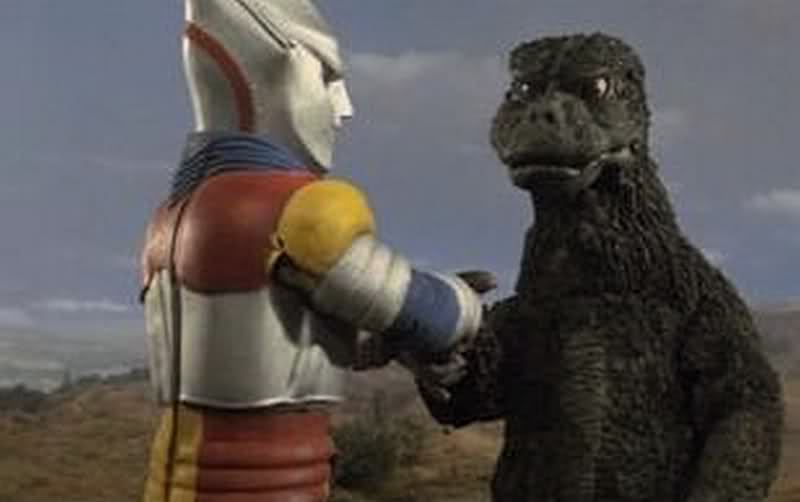 Godzilla and Jet Jaguar bro-ing out.

Forecastle Festival (July 13–15)
Waterfront Park
Prices and times vary
Certainly, you already know about Forecastle this weekend. But have you read LEO’s coverage? There’s “Six bands to catch at Forecastle before 6 p.m.,” “Five Places Within Walking Distance Of Forecastle to Catch AC, A Drink and A Bite,” Michael C. Powell’s take on why “You’re not too old for Forecastle,” a look at Teddy Abram’s locally curated stage and interviews with Courtney Barnett, Houndmouth, Jenny Lewis and Cave DWLR.

Play Readings at Four Pegs
Four Pegs Beer Lounge
Prices and times vary
Four Pegs has a taste for the theatrical (see its protest of Mitch McConnell). But this weekend, the bar is expressing its love of theater in a different way by hosting two readings of plays by the playwrights who wrote them. On Friday, there is a free reading of “The Forest and the Flames” by David Clark from 10 p.m. to midnight. And on Saturday, for $15, you can join a workshop of Louisville Playwright  Zoë Peterson’s latest work. Peterson’s workshop takes place Friday, Saturday and next Friday, July 20.

Muslim Film Festival
Muhammad Ali Center
Free  |  11 a.m.-4 p.m.
In conjunction with the Muhammad Ali Center’s current exhibit, “America to Zanzibar: Muslim Cultures Near and Far,” the center is hosting a night of films celebrating Islamic culture. Films include “On A Wing And A Prayer: An American Muslim Learns To Fly,” “Allah Made Me Funny: The Movie,” “Prince Among Slaves” and “Islamic Art: Mirror Into The Invisible World.”

Louisville Gore Club’s Godzilla Mixer/Soiree!
Seidenfaden’s Cafe
Free  |  9 p.m-4 a.m.
Our love for Godzilla cannot be overstated. And it seems the Louisville Gore Club shares this love, which is why it’s hosting a Godzilla Soiree. Attendees are asked to dress like the characters from “Mad Men” (we don’t know why, but… ) and then enjoy four screenings of Godzilla goodness from different time periods. Screenings include “Shin Godzilla,” “Godzilla vs. King Ghidorah,” “Godzilla: Final Wars” and “Godzilla vs. Gigan.” Drink specials include $3 wells and $2 Zombie shots.