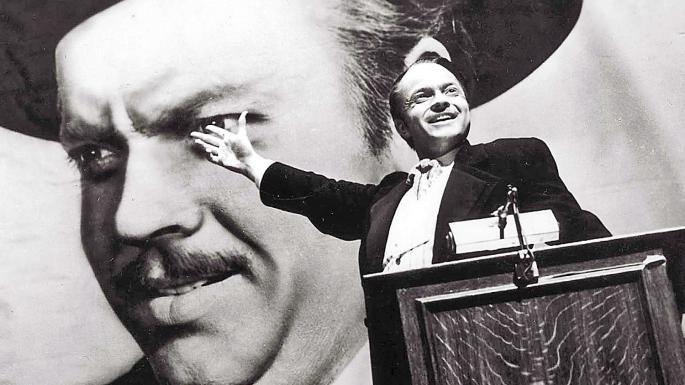 Graphic Novel Discussion Group
Louisville Free Public Library, Downtown
Free  | 6 p.m.
Interested in how graphic novels are expressing gender identity? Join this graphic novel discussion — the focus won’t be on any one graphic novel in particular, but will cover gender identity and expression in all comics. Everyone is welcome, whether you’re a hardcore nerd or just getting into the genre.

LOLville Tonight!
Kaiju
Free  | 9 p.m.
LOLville Tonight bills itself as “Louisville’s No. 1 unaired talk show!” Hosted by Emilie Parker Strange, it features some of the most interesting artists, activists and comics in Louisville. And the whole show is scored by one-man-band-leader Jesse Barfield.

Q&A with your Public Officials
Various locations
Free  | Times vary
Want to talk with the leaders of your city and state? Here are two chances to this Wednesday. Kentucky Attorney General Andy Beshear, who recently announced his run for governor in 2019, is hosting a Q&A at Thomas Jefferson Unitarian Church from 6:30 p.m. to 8 p.m. Before the questions, Beshear, a Democrat, will discuss the ways his office is at war with Republican Gov. Matt Bevin — “fighting against the multitude of other unconstitutional efforts of the Bevin administration.” And at IBEW Local 269 Union Hall, Metro Council President David James will answer questions and discuss local concerns starting at 6:30 p.m.

Green Scene Louisville & Green Drinks Louisville
The Butchertown Social
Free  | 6-8 p.m.
If you’re interested in how you can help Louisville become a more sustainable city, then maybe try a few green drinks (we are not sure what that means, but… ) while networking with other environmentalists. Cohosted by the Louisville Sustainability Council and the Louisville branch of the U.S. Green Buildings Council, this gathering is billed as a place for “professionals of all industries to connect and discuss environmental ideas and initiatives in our community, and socialize over drinks.” There is also one speaker — Carolyn Cromer, director of Ecological Sustainability at the Sisters of Charity of Nazareth.

Courier Journal’s Addiction Panel
Spalding University’s Columbia Gym
Free  |  5:30 p.m.
This panel on addiction is a part of the Courier Journal’s ongoing series, A Way Forward, which examines solutions to Kentucky’s drug epidemic. The CJ says the goal of the series is to “provide families with information on how to deal with addiction and how Kentuckians can find a way to solve this crisis — together.” The event begins at 5:30 p.m. with an information fair and naloxone training, followed by the panel discussion at 6:30 p.m. The panel is moderated by investigative reporter Laura Ungar, and includes seven experts from various groups combating the drug epidemic in Kentucky.

Lebowski Fest Kickoff — A Malibu Garden Party
Against The Grain Brewery
Free  |  7 p.m.
This is the official kickoff party for Lebowski Fest, so expect plenty of oddly-dressed characters, Lebowski-themed trivia, live music by King Kong Louisville and a Lebowski-themed art show titled “Is That What This Is A Picture Of?” To take part in the trivia competition, you must call Against the Grain Brewery to make reservations. And pieces from the art show will be available in a silent auction, with proceeds benefiting Wellspring Mental Health Recovery Services.

Kalashnikov Clowns and The Vodka Cabaret
Purrswaytions
$8  |  10 p.m.
Head to Louisville’s one and only lesbian bar, Purrswaytions, for a night of kings, queens and clowns. The Kalashnikov Clowns count Hunter S. Thompson as one of their inspirations, and you can see it in their storytelling and sideshow antics. For this show, the group says it will “Keep Louisville Weird with imaginative indy acts unlike any other, and have a debauchees’ good time.”

‘Citizen Kane’ (1941)
Louisville Palace
$5  |  8 p.m.
“Citizen Kane” is widely regarded as the greatest movie of all time. That alone should make you want to see it in the Louisville Palace theater. It also holds up incredibly well to modern standards, and some would even say it’s pertinent in this Trumpian world we now live in. Any way you look at it, this film is a piece of cinema history that is worth seeing, especially on the big screen.

GRLwood, Mosquito, Kids Born Wrong
Nirvana
$5  |  7 p.m.
The Facebook event page says it all — this all-ages show is a “banger so grab your granny and come shake your buns with us. Yeehaw y’all!” Performing bands include “GRLwood — Kentucky-fried queerdos tryna burn your uncle’s Confederate flag,” “Mosquito — That good-good that makes you think yo shit got laced cuz it was so dank” and “Kids Born Wrong — If the X-Men made a punk band but it turned out they were all lizard people from the 12th dimension.”