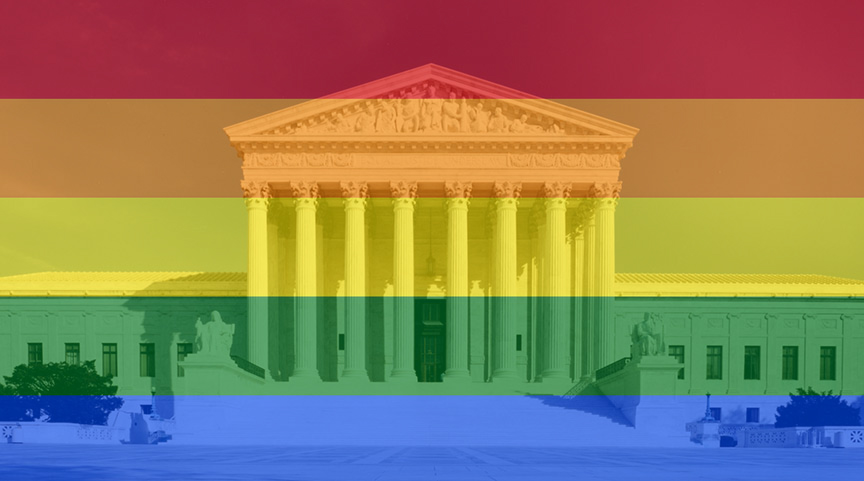 In the words of many lazy headlines, last week the Supreme Court “ruled for” a “Colorado cake maker” who refused to bake a wedding cake for a gay couple based on his professed Christian beliefs. Like the case itself, this result was more complicated.

In fact, the court completely punted on the tough question of whether businesses could discriminate against LGBTQ customers based on a claim of “religious liberty.”

Some commentators have suggested that a Lexington case involving a T-shirt screen-printer company that refused service to a Pride event organizer might be the case where the Supreme Court decides that question.

While it is true that the owner of Masterpiece Cakeshop prevailed at the Supreme Court, the good news is that the 7-2 decision failed to create a broad religious liberty doctrine that would allow vendors to deny LGBTQ citizens service. The bad news is that it also failed to establish a right of LGBTQ customers to be accommodated by business with discrimination. Instead, the opinion by Justice Anthony Kennedy focused on the right of a citizen to assert their rights before an administrative board without facing what the court called “clear and impermissible hostility toward [their] sincere religious beliefs.”

In his ruling, which was fuzzy enough to attract the votes of the more-liberal justices Elena Kagan and Stephen Breyer, Kennedy based the ruling on comments made by members of the Colorado Human Rights Commission toward the cake maker’s claim of religious opposition to creating a cake for a gay-marriage reception. In the court’s opinion, this denied him “neutral and respectful consideration” of his claim of religious liberty.

Kennedy focused on one commission member’s claim that “religion has been used to justify all kinds of discrimination throughout history, whether it be slavery, whether it be the holocaust,” and claiming religious liberty was “one of the most despicable pieces of rhetoric” used to discriminate. Some people might agree with this statement, but Kennedy thought it prejudged the case.

Clearly, Kennedy was looking for a way to avoid the central issue. (He telegraphed this in his questions during oral arguments last year).

And his squeamishness is not surprising.

The establishment of a right by businesses to discriminate against a class of customers on religious grounds is not just a slippery slope; it’s South Korea’s Jeongseon Olympics alpine skiing venue with the high-wind flags flying taut. It could leave the right to public accommodation, hard won during the civil rights era, a crumpled figure in a snowbank.

So after much debate and media coverage, the Supreme Court took a case presented as a conflict between the religious liberty of a “cake artist” and right of LGBTQ citizens to purchase goods and services without discrimination and turned it into a boring administrative law case. No wonder the headline writers had to twist the result for maximum buzzworthiness.

While the case might serve as a cautionary precedent for human rights commission members to speak more carefully, the court is still waiting for the perfect case to decide the conflict between protection of the “rights and dignity of gay persons” and the free exercise of religion (represented by assertions of real or purported religious beliefs).

(The Supreme Court won’t say it, but I will. In Trump’s America, it is the height of political naiveté to think that some secular bigots would not wrap their hate in religious garb. This is not to disparage genuine religious beliefs but acknowledges reality).

So is the Lexington case that perfect case?

The T-shirt firm then filed a case in Fayette Circuit Court, which overturned the commission’s finding, a decision that was upheld by the Kentucky Court of Appeals in 2017. An appeal of that ruling is pending in the Kentucky Supreme Court. The Court of Appeals ruling was primarily based on Hands On Originals’ right to free speech and to not be compelled by the government to publish (on T-shirts) views with which it disagreed. In its opinion, the court said the firm’s mission statement noted that “due to the promotional nature of our products, it is the prerogative of Hands On Originals to refuse any order that would endorse positions that conflict with the convictions of the ownership.”

It quoted extensively from the commission transcript — Kennedy would approve, being so fond of combing through the administrative record. It highlighted that the owner rejected the order without even seeing the design, based on his opposition to gay pride. While noting his “Christian beliefs,” the owner’s opposition appeared broader and, in fact, the hearing officer almost had to drag a religious liberty defense out of him:

Adamson: Um, specifically it’s the Lexington Pride Festival, the name and that its advocating pride in being gay and being homosexual and I can’t promote that message. It’s something that goes against my belief system.

Interviewer: So you feel that you use your own personal religious beliefs to make a decision not to print the T-shirts?

The Court of Appeals clearly was more interested in the free speech angle, arguing that “gay pride” was a “cause or belief.”

“It is point of a view and form of speech that could belong to any person, regardless of classification. In other words, the ‘service’ [Hands On Originals] offers is the promotion of messages. The ‘conduct’ HOO chose not to promote was pure speech. There is no contention that HOO is a public forum in addition to a public accommodation.” Emphasis by the court.

And betting on this case to make to the U.S. Supreme Court is like putting a Vegas Derby wager on a newborn foal. First, the Kentucky Supreme Court must rule — and it hasn’t even scheduled oral arguments. That decision and the losing party’s willingness to appeal will determine whether it goes farther than Frankfort.

Assuming, for the sake of argument, that the Hands On Originals case is presented to the U.S. Supreme Court, it is highly likely that the free speech issues will be as prominent as the free exercise of religion issue. That makes it hardly the best case to determine a way for lower courts to balance the interest of LGBTQ citizens in full access to a free marketplace against the religious liberty of the providers of services.

Unless Justice Kennedy wants to write another ambiguous decision, I don’t see Hands On Originals as the next landmark case of LGBTQ rights. Indeed, Masterpiece Cakeworks is likely the last such case before Kennedy’s retirement, this year or next. I cannot see him reconciling his legacy as the author of Obergefell v. Hodges, the landmark gay marriage case and his support of Burwell v. Hobby Lobby, the case that created the dubious right to corporate religious liberty.

That means that the 2018 congressional elections will play a crucial role in deciding the expansion of LGBTQ rights.

Kurt X. Metzmeier, is the author of “Writing the Legal Record: Law Reporters in Nineteenth-Century Kentucky” (University Press of Kentucky, 2016). He is a UofL law librarian, but the opinions expressed in this article are his own and do not represent those of UofL.