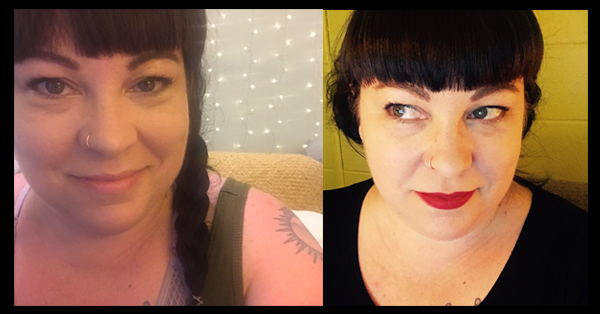 Last Wednesday was a good one at Butchertown Social’s trivia night. It just so happened all the teams were women, and it just so happened there was a cluster of trucks and machines just outside, working to pave the Story Avenue/Frankfort Avenue intersection as quickly as possible. The trucks were powerful, and our chairs were metal — highly conductive. Morale was high as I looked around and saw the other teams smoking imaginary cigarettes and praising the gods of roadwork (perhaps for the first time ever), and morale was even higher for me when it was over, and I was able to pop over to the next table and do what I’ve spent the past two weeks doing: interrogating queer women about the lesbian dating scene in Louisville.

The Social isn’t a gay bar — though it’s certainly queer-friendly — which makes running into other queer women extra exciting.

The national and local decline of the lesbian bar is curious because it doesn’t mean that we’ve met our quota of queer friends or given up on love. Queer women are still constantly aware of, and thrilled to see, other queer women in the room. A couple of my friends just returned from traveling abroad, and one of the first items in their report were where and when they spotted other lesbians. It matters.

Where are the lesbians in Louisville?

It’s not that no one knows where the lesbians are, it’s that no one knows where the other lesbians are. Younger women I spoke with were more likely to have a social circle of primarily-queer friends with wide-ranging gender identities and sexualities, and older women were more likely to identify as lesbian and have a social circle primarily of lesbians.

We’re plugged into queer circles, but often just that one circle.

When Purrswaytions — one of the last lesbian bars — came up, one young woman said, “That’s more for, uh…” She studied my face carefully to determine whether I would be offended when she finished: “old people?”

I wasn’t offended, and she wasn’t the only one to say so. At the edges of every conversation was the looming presence of what some women called “Louisville lesbians” and some called a “clique,” always with the purpose of acknowledging it but distancing themselves from it. They don’t want to belong to an organization, even a loosely defined one, led by the old guard.

One universal point of agreement was that online dating is terrible.

Most of the women I spoke with use only apps for hookups (Tinder) or to meet friends (Her), and not to find a romantic or dating partner.

“I don’t think the profiles are real,” complained one woman I spoke to at Nowhere Bar, and her friends agreed.

Agreed. I find Bumble completely bewildering — the women it shows me don’t resemble the women on any other dating site I’d used. They’re all uniformly femme, with uniformly professional photos. At least with OKCupid you know those close-up pics of people’s confused, blurry faces are real.

Lonely straight women looking for someone to talk to, cuddle and not have sex with.

Dick pics are to online dating what bachelorette parties are to gay bars. This was another universal point of contention. Nowhere Bar, Big Bar and PLAY were the top spots to be around other queer people, but I heard the same complaint over and over: It’s great, but sometimes the focus is a little too much on gay men and straight women.

Most of the women I spoke with weren’t disgruntled — they shrugged it off, and sounded more wistful than anything when I asked what the perfect lesbian bar looks like.

“The ambiance of The Planet with Nowhere Bar’s patio,” said one woman.

“No,” said another. “The inside of Big Bar with Nowhere’s patio.”

“It’s not just a club, but it’s still fun,” the first added. “And no bachelorette parties.”

When it comes to the best place to meet women, it seems we are all equally stumped.

One friend said, “Where would I go to meet women? Anywhere but Louisville, because I’ve already dated all the women, and there is literally no one left who hasn’t dated me or my exes.”

“I’d go to Thursday night at Play,” said one young woman, with great confidence. “Ladies’ night.” I asked her if she had ever met anyone there, and she burst out laughing. “No,” she admitted.

“Where was the last place you met someone?” I asked, and she laughed again.

As a culture, we’re re-imagining queer spaces, and although I don’t have the answers, I’d like to see a place in Louisville capture the Sapphic vibe of Purrswaytions and the contemporary vibe of the queer bars that have popped up on Bardstown Road. And — just throwing this idea out there — maybe they can follow the Butchertown Social’s lead and get some construction trucks to drive by during ladies’ night.