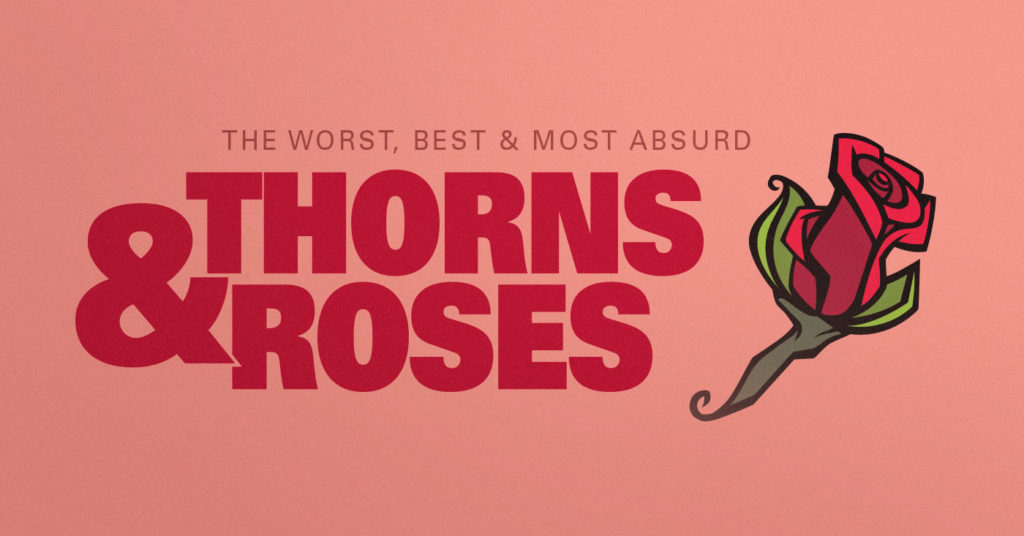 If we had a sad rose, we would give it to The Alley Theater, which announced this week it is closing after 25 years. “We simply aren’t selling enough tickets to pay our bills these days, and the couple of us that have supplemented the bottom line with our own money over the years simply can’t justify it anymore. Like many local theater companies, we’ve received neither any arts grant money nor corporate sponsorship. And since theater event listings in the local newspapers and weeklies have disappeared over the last few years getting the word out hasn’t been affordable for a smaller theater … Most of us here at The Alley have been involved in theater for most of our lives, and you’ll still see us in other productions and companies around town.” We must note that while the daily newspaper pulled back on theater coverage, LEO continues to review and preview productions every week.

Kentucky can’t seem to shake its racist roots. June 3 is officially recognized as Jefferson Davis Day and Confederate Memorial Day. State Rep. Jason Nemes, a Louisville Republican, tried unsuccessfully to remove the… er, holidays from the statutes. “At this point, I don’t think we are there yet,” Nemes told Courier Journal.

tRump’s tariff insanity is expected to cause other countries to retaliate with their own tariffs, including on bourbon. An expert in the brown stuff, Fred Minnick, told CJ the big brands may cut prices, and “we’ll probably see some smaller distilleries just get phased out … Brands will be dropping prices and craft distilleries won’t be able to compete, and they’ll have to go out of business.” Mitch, yaw boy is mad!

The giant is woke!  |  Rose and Absurd

A rose and absurd go to CJ for an opinion piece by the mother of a nonbinary child. “At the end of high school, Miriam came out as nonbinary. That, too, was a confusing surprise. My husband David and I listened intently, nodded in all the right places, and said we would do everything we could to be supportive. We had no idea what that meant. I would be lying if I pretended it’s been easy.” We love this op/ed. Hope no one gets fired for letting it slip into the paper.