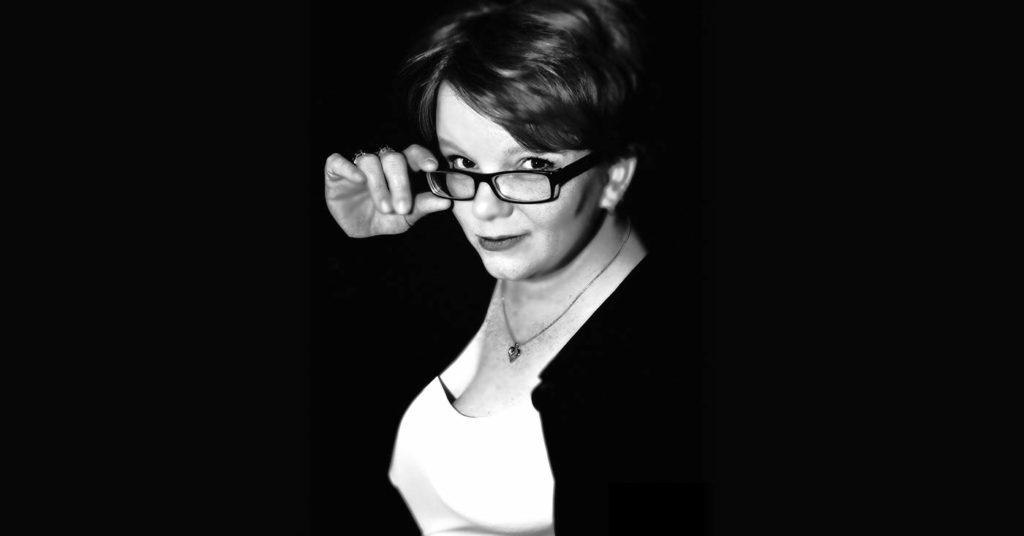 Comedian Katrina Brown doesn’t consider herself dirty. She’s just being honest. “No one is going to burst into flames because of a conversation,” she said. “I don’t want to piss anybody off with religion or politics — so dick jokes it is.” The Ohio native returns to Louisville this week to headline The Caravan.

LEO: What stands out when you think about coming to Louisville?

Katrina Brown: Louisville always holds a place in my heart because this club is the first club I ever booked all by myself, without a referral, or knowing someone who put me on. I drove six hours to the show, changed clothes in a rest stop, did the show, stayed until the end and drove back. We were so broke, I couldn’t afford a hotel room, so it was dawn by the time I got home.

Your material can be brash. I imagine that’s a bit off-putting for some audiences.

I don’t think it should matter if a joke is clean or dirty, I don’t try for either — all that matters is that the joke is funny. I talk about sex a lot. I can always tell, when I bring it up, some faces in the crowd get really uncomfortable. I always call them out on it. In a room full of adults, it shouldn’t be taboo to talk about adult things. No one is going to burst into flames because of a conversation. People say, ‘Ugh Katrina, you’re so dirty!’ I don’t think I’m dirty, I think I’m honest. I doubt there’s many virgins at a 21-and-over show. I don’t want to piss anybody off with religion or politics — so dick jokes it is.

Your stepdad called you ‘The weird one.’

I was always weird. The youngest of seven, I was spoiled by my siblings, but I was also the only one into pop-culture. I liked Stephen King, I have the TIME LIFE serial killer book series, and I write shitty poetry. I was the one who was a little off: He recognized that very early on. Also, I have five sisters and one brother. There were a lot of girls in the house. Some of them were super girly, into dresses and makeup and stuff. That wasn’t me. I hate dresses. I got married in a pants suit, for fucks sake.

What’s the most embarrassing thing to happen to you onstage?

There was one time this guy took my self-deprecating sense of humor a little too seriously and thought I needed a hug. So he approached the stage in the middle of my set and started hugging me. Security was too busy dealing with a drunk in the back to come pry the drunk hanging on me in the front. That was certainly uncomfortable.

How would the world be different now if women were running things? Surely, they wouldn’t be comparing missile size on Twitter.

As a female I can’t speak to that. I know that you guys have some weird thing about your dick that I will never understand. It’s a whole size thing, I get it. But would you all relax already? I was a big fat whore before I got married, I’ve seen a lot of penises, and size has nothing to do with how I rank a lover.

As a man, I’m over men running things.

I don’t think it’s a gender thing. I think both genders have something to bring to the table. The wrong woman could fuck things up as much as the wrong man could. Don’t get me wrong — I believe in equality. I want to be paid the same as my male counterparts. However, I don’t want special treatment. Why should I? Because I have ovaries? I don’t see being a woman as a burden. I’m happy having great tits and multiple orgasms. I’m good. I don’t hate men. We should enjoy our differences. I also don’t see color. I think the world is beautiful, and we should all be celebrated the same way. •